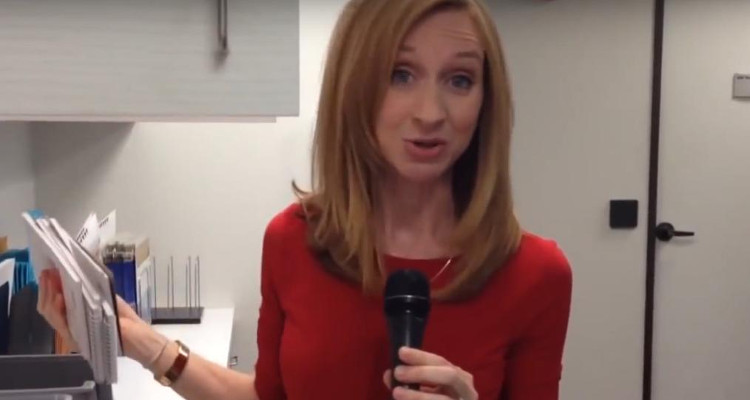 PBS NewsHour reporter Lisa Desjardins recently covered the news about the Russian investigation and indictments against former Trump campaign chairman, Paul Manafort, and his deputy, Rick Gates. She also spoke about the charges, which include laundering millions of dollars and conspiracy against the United States, just to name a few. Desjardins is a well-known face in the news world. If you want to know more about her, then have a look at our Lisa Desjardins wiki.

Although Desjardins is a known face in the news sector, not a lot of information about her childhood is known, including Lisa Desjardins’ age. But according to sources, she celebrates her birthday on January 30.

Born Lisa Goddard to Thomas Bohner Goddard and Patricia Flanagan, she was born and raised in Hawaii and was extremely close to her mother. Desjardins allegedly has seven half-siblings, and when she was small, she would often accompany her mother to her call center job.

Desjardins received her Bachelor’s degree in Economics in 1994 from The College of William and Mary, in Williamsburg. She is fluent in Russian and lived in Russia for two years, living most of the time in St. Petersburg.

In 1996, Desjardins completed her Master’s in Journalism from Northwestern University’s Medill School of Journalism.

Me and my husband Jason, flaunting our new French last name in Italy (on our honeymoon in '07).

After completing her education, Desjardins worked as a reporter for almost a year and a half with WBTW-TV. But, she quit that job in 1999 and worked as a freelance reporter at The Sun News for nearly four months. For the third time that year, Desjardins left her position to work as a freelance reporter for Reuters News Agency, which lasted for almost four years.

In October 1999, things became a little serious for Desjardins, who started working with WIS-TV as a Political and State House reporter. Her job description included covering politics and the government in South Carolina, as well as the 2000 Republican campaign.

Between April 2003 to September 2005, Desjardins was a newswoman. She reported and supervised for a national radio network and looked after print reporting for the Washington, DC metro desk.

Desjardins’ most significant break came in September 2005, when she started working with CNN and CNN Radio as a senior correspondent, covering Capitol Hill. She worked extremely hard and covered the U.S. Congress, as well as politics and policies in America for television, digital, and radio news networks extensively. But after serving the news network for nine years, CNN fired many of their employees, including Desjardins.

Desjardins was known for her humorous reporting skills when she worked for CNN. When she lost her job, she retained her humor and posted a video. For many, losing a job could affect them negatively, but Desjardins stayed strong and posted a video on YouTube, which went viral instantly.

However, all was not lost for Desjardins, as she joined PBS NewsHour as a correspondent in October 2014. In fact, a year after joining PBS, Desjardins was promoted to Political Director. She has been working with the network for over three years now.

PBS NewsHour executive producer and WETA senior vice president said, “Lisa is a tremendous talent, whose experience covering politics is an asset to the NewsHour every day, whether she is appearing on camera, as she does frequently, or online, in one of her popular articles, or in all of the ways that she works behind the scenes as we plan our coverage.”

Although she has a lot of experience working as a reporter, there are no details about her salary or Lisa Desjardins’ net worth. But judging from her social media feeds, it’s safe to say that even if she’s not making the big bucks, she’s certainly rich in love!

PBS NewsHour correspondent Desjardins is married and has a kid. She has been married to her husband, Jason Desjardins, for 10 years now, and it looks like the couple is really going strong! They walked down the aisle on October 6, 2007.

On their 10th wedding anniversary, Desjardins took to Twitter and wrote, “SO LUCKY – I married this amazing man ten years ago today. Maybe not Twitter talk – but feeling a bit giddy in love tonight.”

The pair welcomed their son Maximo Maurice on March 4, 2016. And just recently, the cute family of three took a vacation to London. Desjardins even shared the memorable and fun-filled trip on social media.

If you have not watched Lisa Desjardins’ popular CNN departure video, then you can do so below. And be sure to let us know your opinion of it in the comments section below after watching it.