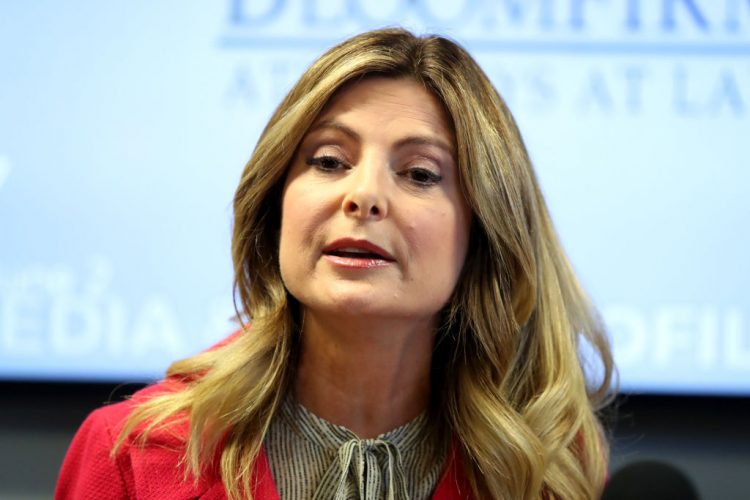 Lisa Bloom has resigned from her position as an advisor to film producer Harvey Weinstein, who has been accused of sexual harassment by several women recently. Her handling of the case was severely criticized by several board members of Weinstein’s company. Bloom’s mother, women’s rights lawyer Gloria Allred, has also spoken against her. Bloom, who has made a reputation handling high-profile cases throughout her career, declined to give the reason for her resignation.

There has been yet another twist in the controversy regarding the famous and powerful film producer, Harvey Weinstein, who has been recently accused of sexual harassment by several women. His attorney, Lisa Bloom, has resigned on Saturday, October 7, 2017, as an advisor to Weinstein after being severely criticized for her handling of his case.

Two board members of Weinstein’s company, his brother Bob Weinstein and Lance Maerov, have exchanged furious e-mails with Bloom where they have openly confronted her. They are not happy with the way she has approached the case and have pointed out the substantial differences in her public and private statements.

Bloom had announced her decision to resign from the case on Twitter. And, she has not given a reason for her resignation.

Here are a few details from Lisa Bloom’s wiki.

Born on September 20, 1961, in Philadelphia, Pennsylvania, to her parents Gloria Allred and Peyton Bray Jr., Lisa Bloom’s age is 56 years.

Bloom received a bachelor’s degree from UCLA before getting a Doctor of Jurisprudence degree from Yale Law School. She also excelled in extra-curricular activities and was the National College Debate Champion.

Bloom then founded The Bloom Firm, a general-practice law firm that works on family, civil and criminal matters. Bloom is the managing partner of the firm and has a license to practice law in both New York and California.

Some of her famous cases include lawsuits against the Boy Scouts of America for sex discrimination and the Roman Catholic Church for child sexual abuse, as well as proceedings involving the LAPD on several occasions.

Bloom has been a television legal analyst for CNN, HLN, CBS News, and MSNBC. She has appeared on TV shows like The Insider, Dr. Drew, The Early Show, The Situation Room, Dr. Phil, Reliable Sources, and The Stephanie Miller Show.

According to sources, Lisa Bloom’s net worth has grown significantly, thanks to her extensive work over the years in the legal system and her book royalties. However, the numbers vary depending on the source.

At Odds with Her Mother

Lisa Bloom’s husband is the Internet entrepreneur Braden Pollock, and the couple lives in Los Angeles, California. Lisa Bloom has two kids from a previous marriage.

Lisa Bloom and Harvey Weinstein were working together on his defense case involving numerous accusations of sexual harassment that were supposed to have taken place over the last few decades. Gloria Allred, who is Lisa Bloom’s mother and a famous women’s rights lawyer, was not pleased that her daughter was representing Weinstein.

Walking Away from Fire

While defending Weinstein, Bloom came up with a plan that involved releasing photos of Weinstein’s accusers in very friendly poses with him after his alleged harassment. The two board members of Weinstein’s company disagreed with this approach and scolded Bloom for “fanning the flames and compounding the problem.”

Following this, Bloom resigned and wrote on Twitter, “I have resigned as an advisor to Harvey Weinstein. My understanding is that Mr. Weinstein and his board are moving toward an agreement.”

This controversy involving Weinstein has divided Hollywood and put the focus squarely on the problem of rampant sexual harassment in the film industry. By resigning, Lisa Bloom has averted a possible split in her family, and the ire of many women who are against any soft treatment of Harvey Weinstein.