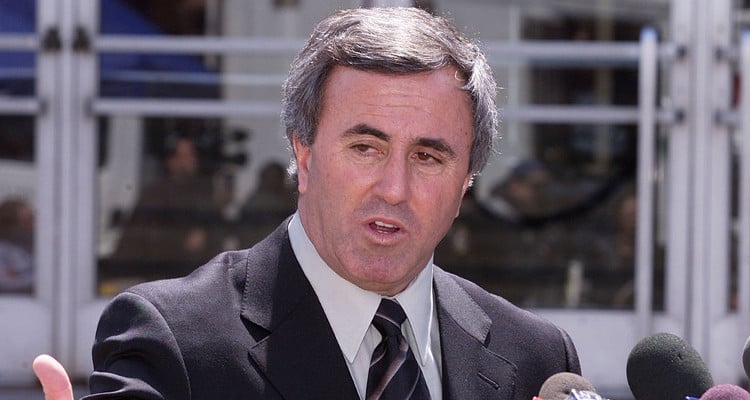 Even though Mickey Sherman is a lawyer, he has been in trouble with the law. He evaded taxes and spent a year in prison after being convicted. Both of his marriages ended in divorce, and he was asked not to speak at his own school’s commencement because of his courtroom work.

Who is Mickey Sherman? He is a Connecticut-based criminal defense attorney who is known for representating Michael Skakel, who was convicted of killing 15-year-old high school student Martha Moxley in 1975. In October 2013, a judge ordered a retrial for Skakel citing Sherman’s “glaring ineffectiveness.” Sherman himself has been caught by the long arm of the law on March 15, 2011 when he was sent to prison for failing to pay more than $1.1 million in federal. He was released in December 2011 and practiced law again from 2012. The lawyer’s married life also saw troubles as things did not last with his wife, Lis Wiehl. Mickey Sherman and Lis Wiehl separated in 2012 which she revealed on a morning talk show in 2012. Here are a few details from Mickey Sherman’s wiki.

Born in 1947, Mickey Sherman’s age is 70. He was raised in a section of Greenwich, Connecticut, and his upbringing was not in a very affluent family. After graduating from Greenwich High School, Sherman attended the University of Connecticut, and later earned his Juris Doctor in 1971 from the University of Connecticut School of Law. He was a controversial lawyer right from the start of his legal career. He served as an assistant public Defender in Stamford Superior Court and later as a public prosecutor. His legal tactics have been the subject of several feature articles in publications such as The New York Times, The American Lawyer, the National Law Journal, and New York Newsday. He often appeared as a legal analyst on CBS Early Show and CBS Evening News.

Wrong Side of the Law

In 2010, Sherman found himself on the wrong side of the law and pleaded guilty to failing to pay two years’ worth of federal income taxes that came to over $420,000. He was convicted, and served a year and a day in a minimum-security prison camp in upstate New York. Around the same time, his personal life fell apart, and Mickey Sherman’s wife, Lis Wiehl left him in 2012. She was his second wife. He has two children with his first wife, Judy Jacobson, whom he divorced in 2005. Wiehl was a legal analyst on Fox News, and is an author. Jacobson and Mickey Sherman’s kids are named Mark, and Jamie Sherman. Wiehl, who is about 14 years younger than Sherman, has a son and a daughter from a previous marriage.

Lis Wiehl’s settlement with Fox News host Bill O’Reilly made headlines earlier this year when ut was revealed that she received $32.0 million. She accused O’Reilly of repeated sexual harassment, a non-consensual sexual relationship, and sending sexually explicit e-mails to her. Meanwhile, Sherman was shunned from events like speaking at his former high school’s commencement, following his conviction for tax evasion, and defending several students from the school against drunk-driving charges over the years.