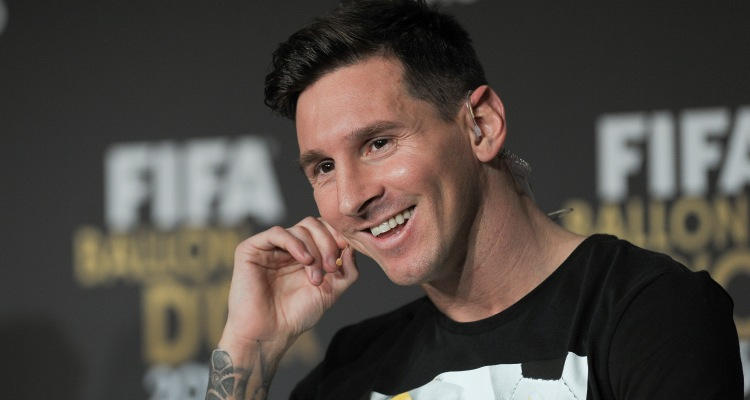 If you woke up this morning asking yourself, “When is Lionel Messi’s birthday?” then you’ll be happy to know that the Lionel Messi birthday is today (June 24)! That’s right, the famed soccer player celebrates his birthday today. How old is Lionel Messi? Well, the athlete is only 29 years old, and despite his young age, the Lionel Messi net worth is an astounding $230.0 million.

Well, to save you that trouble, we’ve put together a list of five facts about Lionel Messi that you probably didn’t know. Check them out!

We all know he’s a great soccer player and is all over the news thanks to the Euro 2016 matches that are happening nowadays, but let’s get to some personal info about Messi to find out who he really is!

Messi was born in the town of Rosario, in the province of Sante Fe in Argentina. Though he eventually moved to Spain to further his soccer career, Rosario remains his hometown. And it’s an interesting fact because Rosario is also the hometown of famed revolutionary, Ernesto “Che” Guevera, who played a giant role in the Cuban Revolution.

His first contract was on a napkin!

It sounds odd, but it’s totally true! When Messi was being optioned for FC Barcelon, the club’s sporting director, Charles Rexach, was so impressed by Messi’s talent and potential, that he was eager to make it official. So, he wrote the contract out on a napkin since there was no paper around. Talk about getting things done quickly

He suffers from a hormone deficiency

From childhood, Messi has had health problems that have cost his family a fortune. The main issue is a growth hormone deficiency with which he was diagnosed when he was just 11. The treatment for this cost his family about $1,000 a month.

However, when he signed with Barcelona, the team not only footed the bill for his entire family to move to Spain, but it also offered to foot all Messi’s medical bills. Have you any doubt that Barcelona really wanted Messi to play for them?

He inherited his jersey from another legendary player

The Lionel Messi jersey, which is infamous and numbered with “10,” is actually one that Messi inherited from another legendary Barca footballer, Ronaldo “Ronaldinho” de Assis Moreira. Ronaldinho’s number 10 jersey was passed on to Messi in 2008.

He is the second-richest footballer in the world

With the Lionel Messi net worth being a cool $230.0 million, Messi comes in second place for the title of richest soccer player in the world. The first-place spot belongs to Cristiano Ronaldo, whose net worth is an impressive $320.0 million. Not bad for a couple of guys who make a living out of kicking a ball around, huh?