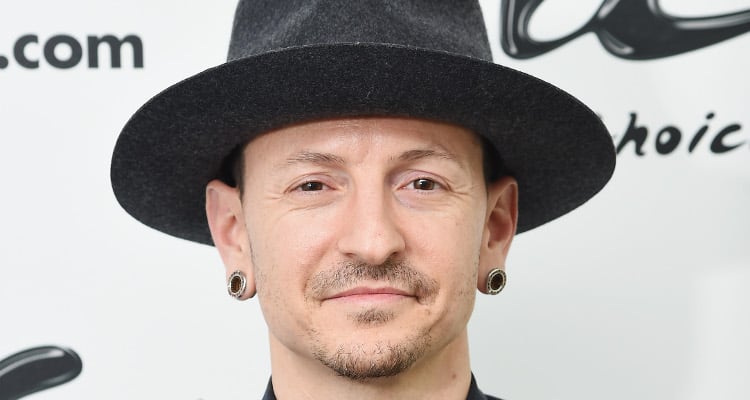 The world has lost yet another beloved and brilliant artist. Front man Chester Bennington of Linkin Park died on Thursday morning at his home in Palos Verdes. His death, for now, has been ruled out as suicide. No other details are available, as the investigators are still looking into the matter. However, his death certainly has come as a shock to not only his loved ones but also his fans.

Everybody knows about Bennington’s traumatic past and his issues with substance abuse. However, he had put it all behind him and moved on. But the suicide of his close friend, Chris Cornell, shook him and left him quite disturbed.

Although he was upset about Chris Cornell’s death, fans never expected him to take his own life as well. Sources further claim that Bennington hung himself from a door, just like Cornell. Bennington was alone at home, as his family was out town when his housekeeper found his body upstairs.

His First Son Was with Elka Brand

Former girlfriend Elka Brand and Bennington welcomed their first child, a son they named Jamie, on May 12, 1996. Later on, Bennington decided to adopt Brand’s other son Isaiah in 2006. However, the couple broke up but their split was amicable, and they decided to raise their boys on friendly terms.

Bennington and His First Wife Welcomed Their Son

Bennington got married for their first time on October 31, 1996, to Samantha Marie Olit. The pair welcomed their son, Draven Sebastian on April 19, 2002. Their relationship also ended due to minor differences, and they ended up getting a divorce in 2005.

Bennington Had Three Kids with His Second Wife

His second and last marriage was to Talinda Ann Bentley, a former Playboy model. The couple got married in 2006. Their son, Tyler Lee Bennington was born in March 2006.

Later on, in March 2011, the pair welcomed twin girls into the family. Their twin daughters are named Lilly and Lila.

Although Bennington did not post a lot of pictures with his kids on social media, he was a devoted father and spent a lot of time with them. He was extremely close to his six children.

During an interview, Bennington said, “Let me give you a typical day. I’m a recovering alcoholic, that’s the first thing. I have a big family. I’ve got three kids in college, one in high school, one in fifth grade and twin girls who are 5; they are in pre-K. I have two pigmy goats, three bantam chickens, a tortoise, six dogs, two cats, fish, so I have a farm.”

In fact, for the sake of his children, Bennington even quit going on a tour with the Stone Temple Pilots. He explained that every time he hit the road with STP, his kids would become upset and start crying. At one point, Bennington realized that he was acting selfish and he decided to stay back to spend time with them.