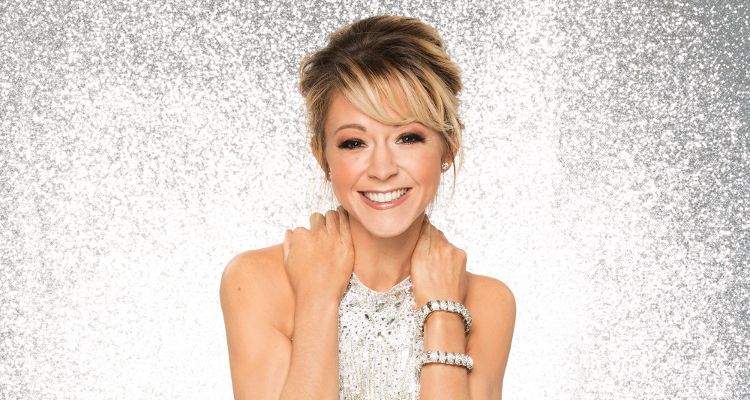 While everyone’s heard Lindsey Stirling’s songs, her dancing skills are still unknown to fans. Watch out for her on season 25 of Dancing with the Stars.

Lindsay Stirling has become one of the biggest artists to break into the music scene. From Gilbert, Arizona, she is an acclaimed violinist. Putting her classical violin training to good use, she entered the world of electronic beats and animation to create a buzz in the music industry.

With about 10 million YouTube subscribers and over 1.9 billion views on her YouTube videos, Lindsay Stirling is a big deal in the world of music. With Billboard chart-topping hits, two Billboard Music Awards, and sold-out tours worldwide, this lady has more than made a name for herself. A perfect blend of modern classical and electronica, Lindsey Stirling’s songs are truly unique and loved by her fans.

This year, Stirling is adding to her resumé and trying her hand at something new. You will be watching Lindsey Stirling on Dancing with the Stars season 25. Partnered with brilliant dancer and choreographer, Mark Ballas, the duo look stunning together on stage. If you want to know more, read Lindsey Stirling’s wiki.

Also Read: Jordan Fisher and Lindsay Arnold on “Dancing with the Stars” 2017: Could this Be the Couple to Win It?

Born on September 21, 1986, Lindsey Stirling’s age is 31. She had a flair for dance and music from a very early age, once confessing in an interview that, “Ever since I was a kid, I’ve always wished that I could dance, but my parents said, ‘You can choose violin or you can choose dance, but we can’t afford both,’ and I chose violin. So this is kind of a fulfillment – it’s funny to say, but this is something I’ve always wanted to do.” Well, now we know why Lindsey Stirling is on DWTS!

Partnered with veteran choreographer Mark Ballas, the duo’s performance during the premiere was the highest scoring routine of the night. Their cha-cha closed the show and in terms of scores, it tied with Jordan Fisher’s tango.

The couple looked fantastic on stage, and their jaw-dropping moves were unmatchable. After the show, Stirling was revealed, “I’m really excited to have Mark Ballas as my partner. He’s so creative. I feel like that’s me to a T as I like to think outside the box.”

Over the years, Lindsey Stirling has released several successful albums. Lindsey Sterling, Shatter Me, and Brave Enough became insanely popular and did well on the charts. Recently, she announced the release of her new Christmas album, Warmer in the Winter, and we certainly can’t wait for it to come out!

Lindsey Stirling’s Instagram account is currently flooded with posts of her preparing for Dancing with the Stars. She’s been working extremely hard, and it showed in her first performance.

Tonight was incredible. I'm so so happy. I'm still beaming. You can call up 13 times to vote for mark and I. #teamSTARK #dwts

Lindsey Stirling and Mark Ballas both have a passion for dance and a mesmerizing energy that keeps everyone’s eyes glued to them. Well, you can certainly expect great performances from this duo as the season goes on!