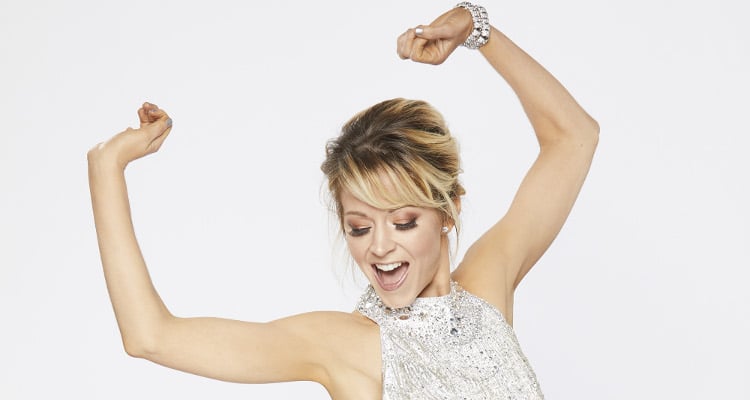 Lindsey Stirling gave a moving dance performance on Dancing with the Stars Monday, October 9, and dedicated it to her deceased father, Stephen Stirling. He was an educator and author who inspired those around him with his courage and service. Stirling brought the light of knowledge into people’s lives and gave them hope and optimism. He died in January 2017 from throat cancer, but left behind wonderful memories that continue to guide his daughter.

Monday, October 9, 2017, was a special night for Lindsey Stirling who dedicated her performance to the man she loves the most in the world. That man is Lindsey Stirling’s father, Stephen Stirling, who passed away in January 2017, from throat cancer. After the death of Lindsey Stirling’s dad, she took to social media saying, “My dad passed away early this morning. There is nothing to say that could express my gratitude for this amazing, selfless man. But I love you, daddy. I’m the woman I am today because of you.” On Monday night’s episode of Dancing with the Stars, Stirling honored her father by performing a touching and emotional Viennese waltz with Mark Ballas, earning 26 points out of 30 by the judges, and later saying, “I felt that I was dancing with my dad.”

Born in Los Angeles, California, Stephen Stirling grew up “in the semi-ghetto of Huntington in Southeast Los Angeles.” He graduated from high school in 1970 and, being a bright student, received a scholarship to Brigham Young University at the age of 17. After earning a Bachelor’s in Journalism in 1976, Stirling spent several years traveling through the country looking for adventure as a “professional vagrant.” He then served at a mission in Chile and taught for eight years as a seminary teacher in various places. He then spent some time in Chicago, Illinois, where he worked in advertising and served in several companies from the Midwest to the Pacific coast.

A Passion for Work

Stirling finally settled down in Orange County, California, where he started Stirling Communications. There he spent almost 15 years doing freelancing, copywriting, writing scripts, and producing videos. He also ghost-wrote, some of his famous works  being, Richard Simmons’ Deal-A-Meal, and Where’s There Is a Will There’s an ‘A.’ His other works include The Ultimate Catalogue and the comedy album Latter-day Night Live. Always a restless man, Stirling moved with his family to Phoenix Valley, Arizona after being hired by the Church Educational System. There, he found his calling in life and pursued his dream of teaching in a seminary for 19 long years.

Stirling married Diane Leigh in 1981 and had five children with her. He owned a farm in Adam-ondi-Ahman, Missouri, where he had several horses and chickens and had planned to spend his post-retirement years with his wife. In his later years, Stirling focused on writing and published several religious non-fiction books like Shedding Light on the Dark Side: Defeating the Forces of Evil, A Guide for Youth and Young Adults, and novels such as Garden of the Gods, and Persona-non-Grata.

Stirling bravely fought his throat cancer and inspired many people, but none more than his daughter. In June 2016, Stirling  wrote about his ailment on his website saying, “The pain in my throat persists. (That pain is likely the residual result of radiation and chemotherapy. In other words, I now suffer from the cure, now that the disease has fled. Ironic.).” In his final Facebook post he revealed, “As I prepare to write the next chapter of my life, I’m not afraid. God be with you ‘til we meet again.” This is the hope with which his daughter lives today as she works hard on her art. If her heartfelt performance on Monday night is any indication of the future, the other contestants of Dancing with the Stars have a lot to worry about!