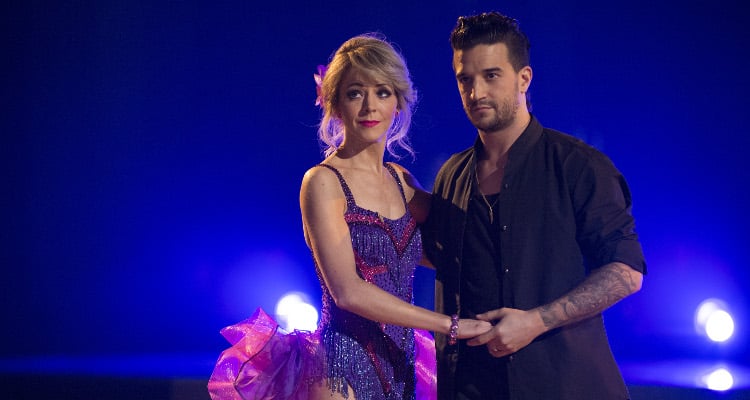 Lindsey Stirling revealed that her guilty pleasure is cozying up in pajamas all day. Before her performance on Dancing with the Stars, the violinist also revealed that she just broke up with her boyfriend, Ryan Weed.

Last night, Dancing with the Stars season 25 kicked off with Guilty Pleasures Night. So, Lindsey Stirling revealed that her guilty pleasure is being in bed dressed in pajamas all day. She also said that she broke up with her boyfriend a week ago.

Who was Lindsey Stirling dating? Until a week ago, she was gushing about her boyfriend, Ryan Weed on social media. Find out about the violinist’s ex in Ryan Weed’s wiki.

Who Is Ryan Weed?

Ryan Berton Weed was born in 1986 to Kevin and Zoanne Millet Weed. He is the eldest kid in the family with two younger sisters, Lauren and Jordan Weed. The family is originally from Utah, but on his Facebook, he lists Ulaanbaatar, Mongolia as his hometown.

Some sources state that he is the owner of an independent fragrance house, Carlston, Co., in Los Angeles where he currently lives. Previously, he reportedly ran a kayak and canoe rental service called Hawaii Beach Time in Honolulu, Hawaii.

His net worth hasn’t been calculated, but Stirling has a net worth estimated at $10.0 million.

Stirling’s ex is active on Instagram, and we learned a few things about him through his social media activity.

Weed appears to have a few things in common with Stirling, like their love for dogs. She adores her chihuahua, Luna Latte, and has an Instagram account just for her furry friend. And Weed’s precious pup has also appeared on Luna Latte’s Instagram as well as his owner’s.

He has an interest in art and photography, and took some amazing pictures including a few of Stirling, too! And, some of the comments posted about his photographs include professional photographers praising his work. You can also check a few of his paintings on his Instagram.

The 31-year-old appears to be an avid traveler. Some of his posts include pictures of hiking trips and overseas travels. Weed posted a few photos with Stirling on a trip to Switzerland. And yes, you can also see his great photography skills there. He also follows travel blogs and websites as listed on his Facebook.

It’s not known how the YouTube sensation met Weed. Before the travel enthusiast, Stirling was dating Devin Graham, the videographer and co-director of her first music video, “Crystallize.”

On June 25, Weed posted a photograph he took of Stirling to commemorate their first anniversary. He captioned it, “Started dating this hottie 1 year ago today. We’ve learned and grown so much together and Im so grateful for her. But tinder is calling my name so im afraid I’ll have to let her go soon. [sic]”

I love this country. By golly we've sure got some issues but I'm still so grateful for the freedoms I enjoy and the life the US has allowed me to live.

While many assumed that the Tinder reference was a joke, Stirling didn’t appear on any of his Instagram posts anymore. He hasn’t even been supporting her on DWTS like the other contestants’ better halves, such as Jordan Fisher’s girlfriend, have been doing. So, it seems that this couple headed towards a breakup after their first anniversary.

On last night’s episode of DWTS, the stars revealed their guilty pleasures. Stirling said hers is staying in pajamas all day. Enter Mark Ballas, who not only let her dance in her jammies, but also lifted her spirits with an upbeat jive to “Wake Me Up Before You Go-Go” by Wham!

For her post-breakup dance, she earned a score of 27. It was the highest score of the night, and the highest of the season so far.