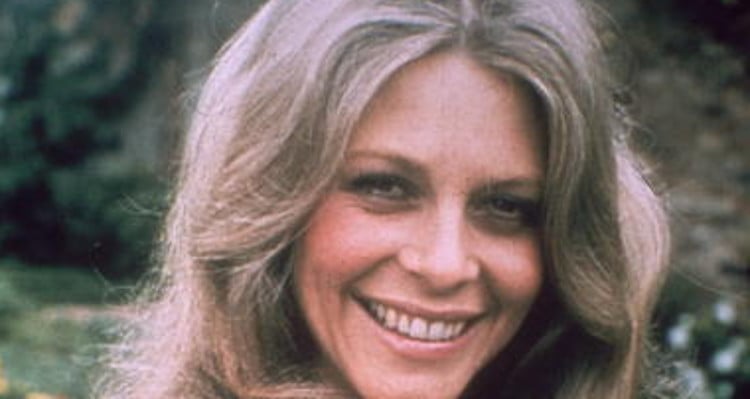 Richard Anderson died at age 91, and the Hollywood icon is mourned by many. He is widely recognized for his role as Oscar Goldman in The Bionic Woman, and co-star Lindsay Wagner is deeply saddened by the death of her good friend. If you are wondering who Lindsay Wagner is, we have everything to know, from Wagner’s net worth of $15.0 million, to her spouses, and more.

Who doesn’t know the hit ’70s show The Bionic Woman? It was all the rage and aired at a time when everything was changing for the better in every aspect of movies and TV, so The Bionic Woman was picked up almost immediately by fans. The concept of a femme-bot was all too alluring, and co-stars Lindsay Wagner and Richard Anderson were amazing on the sci-fi show. Find out all about Lindsay Wagner’s wiki and her life after movies right here.

Lindsay Wagner was born on June 22, 1949 to Marilyn and William Wagner. Wagner’s age today is 68, which she doesn’t look at all. Since she was a child, she liked plays, movies, and modeling. Her parents divorced when she was little, and her mother moved to L.A, with her. Marilyn married Ted Ball, and the three moved to Portland, Oregon, where Wagner went to David Douglas High School. She then attended the University of Oregon before transferring to Mount Hood Community College. While in high school, Wagner was in school plays, and took to modeling in L.A., even landed some roles on TV as a hostess on Playboy after Dark, after graduating.

Lindsay Wagner got into movies and TV after appearing on The Dating Game, and in 1971 signed a deal with Universal Studios. Her debut was with the TV show Adam-12, and the rest, as they say, was history. She was seen in many roles on TV and films including Two People and 20th Century Fox’s The Paper Chase. Wagner soon became a well-knows actress, and landed roles in many major films, but was best known for her work in The Bionic Woman alongside Richard Anderson.

Wish we had the tech to rebuild Richard Anderson, gone at 91. As bionic boss Oscar Goldman he played a small but important part in the life of every '70s kid. Plus he was in Forbidden Planet, which pretty much made him a god, in my eyes. #thesixmilliondollarman #thebionicwoman #ForbiddenPlanet #seventies #tvhero #rip #richardanderson

Lindsay Wagner was a leading heroine in her days. She met music publisher Allan Rider and, smitten by him, the two got married in 1971. But it wasn’t meant to be, and after being married for less than three years, they divorced in 1973. After meeting actor Michael Brandon, sparks flew and the two dated for a while before they got married in 1976. Unfortunately, once bitten, twice shy proved to be true for Wagner, and also divorced form Brandon in 1979. She met stuntman Henry Kingi on the set of The Bionic Woman, and they were married in 1981. The couple had two children: Dorian and Alex.

Michael Brandon, her husband at the time…they made a good couple. #lindsaywagner #bionicwoman #michaelbrandon

Wagner was a very popular actress and she was seen on TV more than the silver screen. The award-winning actress became a household name with her role as Jaime Sommers, and was seen in other shows like The Rockford Files, The Six Million Dollar Man, Stranger in My Bed, and Scandals to name a few. Wagner received an Emmy for her role in The Bionic Woman, and was got her own star on the Hollywood Walk of Fame in 1984.

#5. What Is Lindsay Wagner Doing Now?

Along with playing some minor roles and having guest appearances on TV, Lindsay Wagner has become a motivational speaker. She was awarded the Genii Award’s Performer of the Year in 1985, studies holistic healing modalities outside of movies, and is very passionate about psychology. This is what has been her main inspiration as the chair of ICAN (Inter-Agency Council on Child Abuse and Neglect), for 25 years. She focuses on animal welfare as well as domestic violence and human rights. Quiet the Mind & Open the Heart workshops are conducted by her for the public.