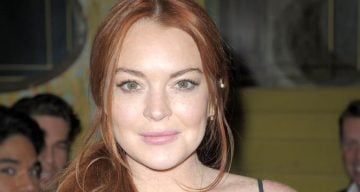 What is Lindsay Lohan doing now? The celebrity has been out of the spotlight for quite some time, but several entertainment sites have reported some recent details on what she has been up to. If you want to know where is Lindsay Lohan now, here’s the scoop.

Supermodel Tyra Banks says she will be teaming up with Lindsay Lohan in the upcoming sequel to her 2000 TV movie, Life-Size. Banks hinted that the follow-up, Life-Size 2, which will air on Freeform, will not be as child-friendly as the original Disney production. In other Lindsay Lohan 2017 news, she is scheduled for a brief courthouse appearance, related to a fight at a Manhattan nightclub. The actress was arrested on a charge of misdemeanor assault on November 29, 2016. Lindsay Lohan, age 31, allegedly hit a woman in the face in the middle of an argument. According to her attorney, she was a “victim of someone trying to capture their 15 minutes of fame.”

Lindsay Lohan: Then and Now

At only three years old, Lindsay Lohan began her career in 1989, as a model at the Eileen Ford Agency. She appeared in over 60 television commercials for brands like The Gap, Pizza Hut, Jell-O, and Wendy’s. Her first TV role that was not a commercial was as a trick-or-treater dressed as garbage on Late Night with David Letterman in 1992. Her adorable face and irresistible talent led her to star in the TV series, Another World from 1996-1997, and quickly to her first feature film role as Hallie Parker and Annie James in The Parent Trap. Disney snatched up the actress, setting her up with movie roles and TV series to keep her busy. Some of her most popular films include Freaky Friday (2003), Confessions of a Teenage Drama Queen (2004), and of course, Mean Girls (2004). Mean Girls was the role that defined her as an adolescent in the industry, as she played the hilariously clueless Cady Heron. To this day, Mean Girls quotes are still used in Internet memes and modern day pop culture.

Most of Lindsay Lohan’s photos on social media are selfies with Snapchat filters and cool sunglasses. After of whirlwind of media exposure, drug and alcohol abuse, and scandals, it sure looks like she’s happy and enjoying herself again (aside from that strange accent she randomly picked up).

Lohan was born on July 2, 1986. Her mother is a former Wall Street analyst named Dina Lohan, while her father, Michael, is a businessman and former Wall Street trader. Her background includes Italian, Irish, and German. Unfortunately, Lohan went through many struggles with her health over the years. She struggled with legal problems, inconsistent work habits, weight loss, and accidents that landed her in the hospital several times. She struggled with drug abuse and faced several charges, including DUIs. Let’s hope that with a new show on the way, she is healthy and getting her life back together!