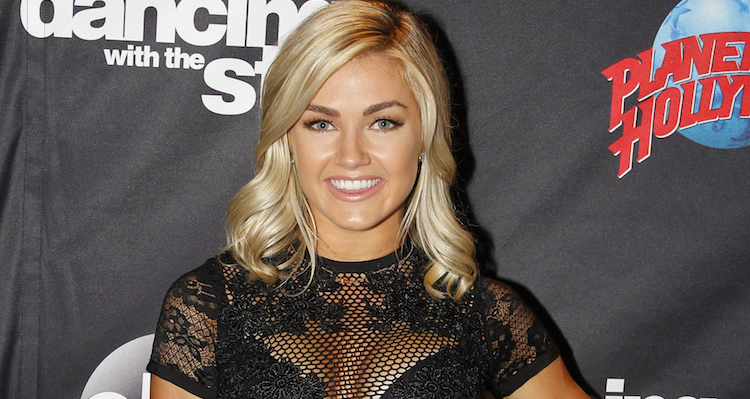 In any athletic competition, a sudden injury can certainly throw a wrench into the mix and have a drastic effect on performance. Such may be the fate of DWTS faves, Lindsay Arnold and Jordan Fisher. Lindsay Arnold’s knee injury seems to have come out of nowhere, and it threatens to derail their entire competition! Will Lindsay Arnold perform tonight? Has the show dealt with an injury like this before? We’ll take a look at the current details to provide you with the latest Lindsay Arnold injury update. Here’s what we know about on what’s going on with Dancing with the Stars.

What Happened to Lindsay Arnold?

Late yesterday, the world got word that Lindsay Arnold was injured. But what actually happened? During a blocking rehearsal on set of Dancing with the Stars with her partner Jordan Fisher, something went wrong with Lindsay Arnold’s knee. In a backstage video that was released by Dancing with the Stars, Arnold states, “It felt like my whole leg gave out and stopped working.” Currently, the exact status of Arnold’s injury is unknown. But given what is said in the video, it seems to revolve around a knee injury; hopefully not something terrible like an ALC tear!

Until we know the extent of the injury, everything is up in the air. Arnold was injured right in the midst of the semi-finals and last week, she and Jordan Fisher received perfect scores for one of their performances! They have been the couple to beat all season, and with the Mirrorball closer then ever, it’s the worst time for this to happen! It appears that Sharna Burgess, who was eliminated from the competition along with her partner Derek Fisher, is learning Arnold and Fisher’s routine in the hopes that the show will continue without too much of a hiccup. But, considering how close we are to the season finale, Burgess might have to fill in for Arnold for more than just tonight!

Holy wow!!!!!!!!! So so proud of @jordan_fisher that was a very tough quickstep and he stepped up to the plate and gave me everything this week and it paid off!! Another perfect score and truly you could not be more deserving so proud of you ❤️❤️❤️ #dwts we need your VOTES pleaseeee ? 1-800-868-3406 voting link in bio!

Dancing with the Stars is no stranger to injuries. Before season 8 even began, singer Jewel fractured both of her tibias and was unable to compete. That same season, Steve Wozniak fractured his foot, also before season 8 started, and pulled a hamstring in Week 3. Property Brothers’ Drew Scott pulled a hamstring earlier this season, too. Throughout the entire run of the show, many celebrities and dance pros have injured various areas to various degrees. Many just grin and bear the pain, using ice and elevation to keep going for as long as they can. But, as we saw in previous seasons, sometimes the pros need time off too, and they are temporarily replaced while they recover.

While this injury is terrible, it does add a new sense of drama to this season of Dancing with the Stars. Last week, Arnold and Fisher were on fire! Now fans are wondering, even if she is good to go for tonight’s performance, did the pair get enough time in rehearsals? If she can’t compete, will Sharna Burgess just be a temporary fill-in or will she be a permanent replacement as Jordan’s new partner? Will Arnold and Fisher be forced to forfeit? And what does this injury mean for Lindsay Arnold’s Dancing with the Stars career? So many burning questions! You’ll have to tune in tonight to find out, as it all goes down on ABC at 8:00 p.m. EST!