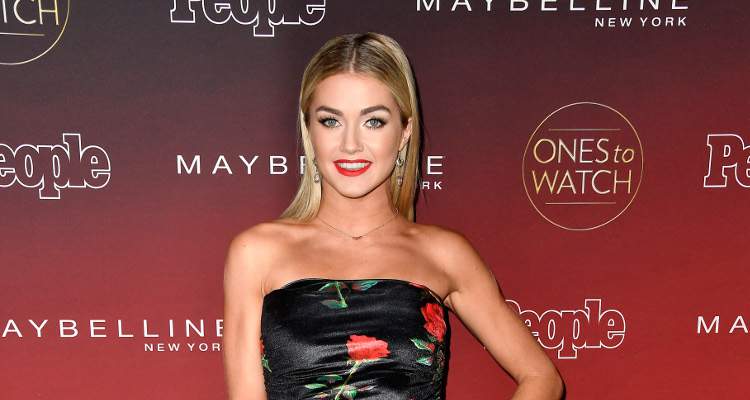 Lindsay Arnold and Samuel Lightner Cusick got married in 2015 with a small ceremony at the Salt Lake Temple in Salt Lake City. He proposed to her while they were vacationing in Africa. The wedding followed shortly after, and Lindsay’s bridesmaids included Emma Slater, Brittany Cherryy, Witney Carson, and former DWTS contestant Brooklyn Fullmer. Celebrity wedding planner Danielle Rothweiler was hired to help with the nuptials, which featured arrays of golds and pinks. The ceremony was beautiful and the couple looked absolutely adorable on their special day. They met at the age of 16 and are still head over heels for each other! In an interview, the dancer said, “I could never have imagined that when I was 16 years old I would have met the man I would marry and who would be my partner – yesterday, today and tomorrow!” Well, she’s definitely one lucky girl! Since we already know a lot about her, we’ve got you details about Lindsay Arnold’s husband, Samuel Lightner Cusick.

Both Lindsay and Samuel are only 23. There have been jokes about the couple consuming an anti-ageing elixir because they’ve looked the same, even after all these years! If that’s true, we are going to want the recipe! Here’s a picture of them from over two years ago, don’t they look exactly the same today?

According to Cusick’s LinkedIn profile, he is one of the founders of FlyNyx, an organization that strives “to give young companies an avenue to realize their dreams.” His profile also states that he was VIP Rep on the Dancing with the Stars tour from June to August 2017. He studied business communications and data analytics at Arizona State University from 2015 to 2016. Before that, he studied business administration and management at Utah Valley University.

Lindsay Arnold and Samuel Lightner Cusick don’t have any kids yet. They are both busy focusing on their respective careers and we can clearly see them excelling.

3 months ❤️❤️ time flies when you get to be married to your best friend ? @samcusick

When your wife drags you to Alaska

Both Lindsay Arnold and Samuel Lightner Cusick are hopelessly in love with each other. In an interview with Dance Spirit, when Lindsay was asked who can make her laugh the hardest, she responded, “My husband, Sam Cusick, always knows exactly what to do or say to make me laugh. Dancing with the Stars can be a stressful job but Sam always reminds me to enjoy myself and have fun.” Well, you know you’ve found love if you’ve found someone who can make you laugh and keep you youthful! We’re glad that Lindsay Arnold and Samuel Lightner Cusick found each other.