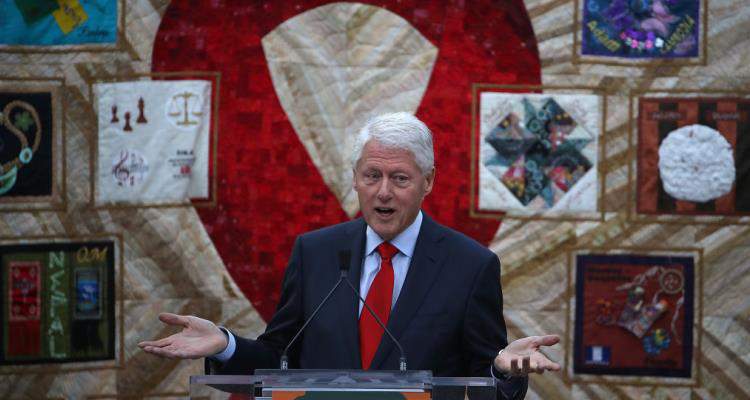 With the mess that is the current administration in the White House, our thoughts can often turn back to previous White House scandals. With the current social climate surrounding sexual abuse and harassment, as well as some of President Trump’s past statements, one can’t help but remember the days of the Bill Clinton scandal involving intern, Monica Lewinsky. We obviously know that what happened to Clinton and Lewinsky has returned to the public spotlight, but what about one of the other key players in the saga? What happened to Linda Tripp? Where is Linda Tripp now? We’ll take a look at who Linda Tripp was then and where Linda Tripp is today.

Who Was Linda Tripp?

For those who may not remember, Linda Tripp was one of the people at the center of the Bill Clinton scandal. The scandal was about a great many things but ultimately boiled down to its essential parts; the whole scandal revolved around Clinton having an affair in the Oval Office and then lying about it under oath. The intern in question was a young lady named Monica Lewinsky, who was also accused of lying under oath as part of the sexual harassment lawsuit filed by Paula Jones. Enter Linda Tripp.

Tripp was a friend and confidant of Lewinsky’s and, at the time, worked at the Pentagon. Lewinsky began confiding in Tripp details about her sexual relationship with Clinton. Tripp contacted a literary agent who suggested that she record the phone conversations. Tripp then went on to convince Lewinsky to save the gifts Clinton had given her, as well as a dress that had some of Clinton’s er… “genetic material” on it. Lewinsky asked Tripp to purger herself when asked about what Lewinsky had told her about her relationship with Clinton. Tripp instead handed the taped conversations over to Kenneth Starr, a special prosecutor working on a different Clinton issue. All of this came close to impeaching President Clinton and ultimately had an effect on the next election and how the Democrats ran their campaign.

The taping of the conversations, however, had a bit of a grey area in terms of their legality, and Tripp initially had the threat of prosecution that was eventually abandoned. On the last day of the Clinton administration, Tripp was fired from her job at the Pentagon. Tripp said at the time that it was one last act of vengeance from Clinton, but the Clinton administration countered that appointed positions like Tripps were customarily resigned from when the administration was outgoing, and therefore could also be fired if the person had not resigned. And with that, Tripp disappeared from public life.

Snake emoji incarnate Linda Tripp taped her and #monicalewinsky 's private phone calls when Monica confided in her friend her going-ons with then President (and boss as she was an intern) Bill Clinton. I think it's ironic and a testament to Madonna and her boundary pushing ways since she opened the decade with sex and scandal and our President closed the decade with a sex scandal of his own. #isntitironic #dontyouthink #lindatripp #littlebluesdress ? Speaking of ??? I kind of wish Taylor Swift would embrace her inner Courtney Love and just come out wearing like live snakes and shit and make a grunge record and show that one Lorde girl how it's done. She can dye her hair brunette and let it go curly again and look like Chris Cornell. I think I should tell her this. She should also marry Zach Braff and get it over with already.

Where is Linda Tripp Today?

Where is Linda Trip today? Did Linda Tripp have plastic surgery to avoid being recognized? What does Linda Tripp look like in 2017? According to our research, Tripp went on to marry architect Dieter Rausch in 2004 and the couple moved to Middleburg, Virginia. She has stayed under the radar since the scandal but according to reports, she had had a battle with breast cancer and survived. Reportedly, Rausch and Tripp now run a store that deals in Christmas decorations and decor year round.