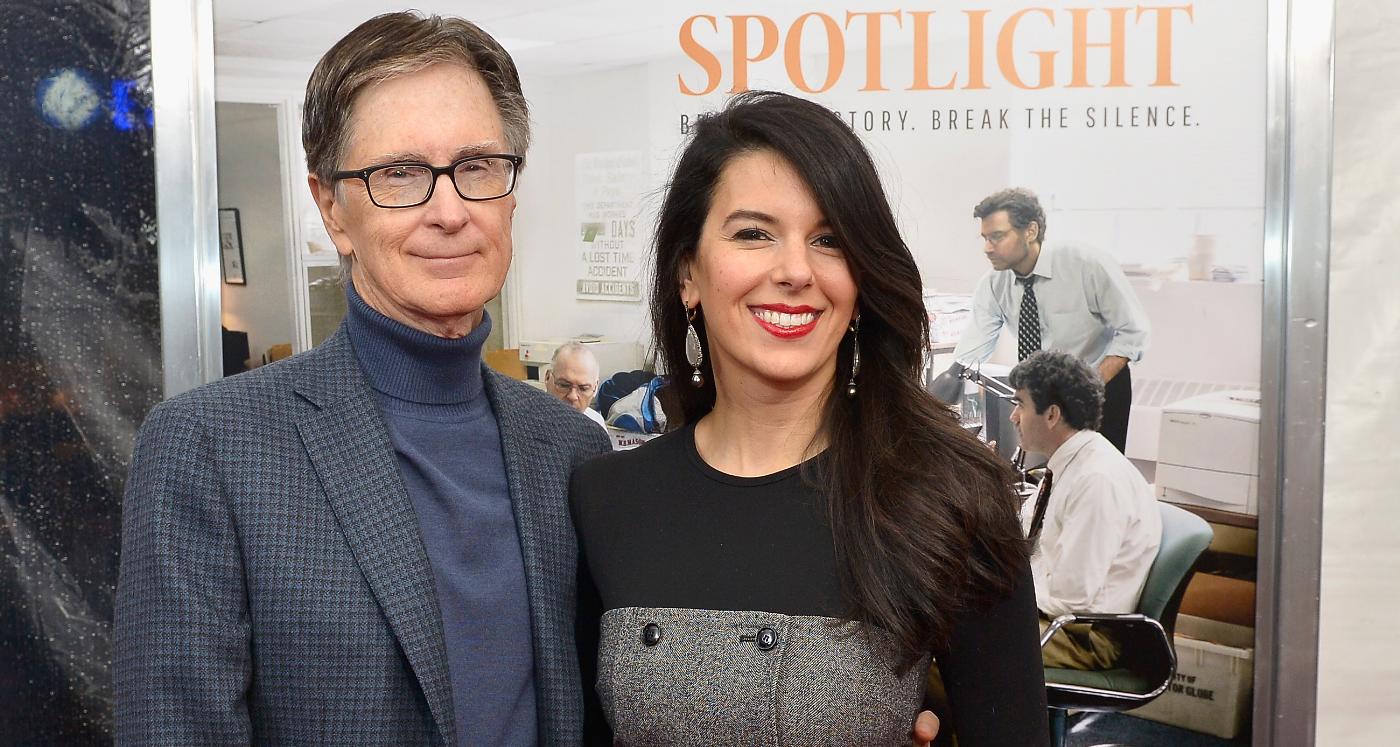 The Boston Red Sox beat the L.A. Dodgers to win their fourth World Series title in 15 years. It’s not just a proud day for the fans, but also for the first couple of Red Sox Nation. John W. Henry and his wife, Linda Pizzuti Henry, are principal co-owners of the Red Sox with Tom Werner. Naturally, MLB fans congratulated the power couple. It took Pizzuti a while to warm up to some sports fans when she married Henry. Our Linda Pizzuti wiki delves into the life and career of the first lady of Red Sox Nation.

Her Husband Is Three Decades Her Senior

John W. Henry and Linda Pizzuti tied the knot in 2009, when Henry was 59 and Pizzuti was 30. They both celebrate their birthdays in September. Henry turned 69 this year, which means Pizzuti is around 40 years old.

Their 29-year age gap, his twice-divorced status, and fame had initially been a deal breaker for Pizzuti. Their age difference was a hot topic in local tabloids, causing Pizzuti to shy away from dating Henry.

After amassing a fortune with his trading firm, John W. Henry & Co., Henry built a sports empire and has an estimated net worth of $2.5 billion.

Henry’s first marriage to Mai Henry ended in divorce after an unknown duration. He later married Peggy Sue Henry in 1993 and has a daughter with her. Fresh off his divorce from Peggy in 2008, Henry met Pizzuti.

Pizzuti is of Italian heritage. Her father, Don Pizzuti, moved from Italy to New England when he was a teen. He had a dual career in real estate and as an engineer for Polaroid and GE. He started a real estate firm, which employed Linda and her three older sisters.

When Henry and Pizzuti got together, her family took a while to come around to their May-December relationship. They eventually approved and Pizzuti married the older man.

Their Wedding Was at Fenway Park

Pizzuti met her future husband on the night of June 6, 2008, when Henry and Tom Werner went out partying. They ended up at a bar where Boston fashion mogul Alan Bilzerian’s daughter was celebrating her birthday. There, Henry was smitten by Pizzuti, one of Bilzerian’s friends.

He was gaping at her throughout the party, trying to come up with a way to approach her. Pizzuti, who hails from Lynnfield, Massachusetts, is a Boston native. However, she didn’t follow sports when she met John Henry, so she didn’t recognize him and tried to avoid eye contact with him that night.

Merry Christmas and happy holidays- from our family to yours ?

With Henry’s friend Ed Kane’s girlfriend playing wingwoman, Henry got to talk to Pizzuti that night. But she didn’t want to pursue anything with him. She didn’t contact him for a while, until they met again at an event. They had a comfortable rapport but Pizzuti discouraged his attempts to court her.

They kept in contact when she was in Europe. A little later, she ended her engagement with her then-fiance because she didn’t want to settle down into domesticity just yet.

When she returned to Boston, the two hung out on “friend dates” and grew closer. After winning her parents’ approval, Henry abruptly proposed to Pizzuti in an elevator at the Four Seasons. Pizzuti said yes two weeks later.

They married on his private yacht and held a reception at the Red Sox home of Fenway Park. Maroon 5 performed at the reception that was attended by around 400 guests.

They are parents to a daughter, Sienna Henry, and a son.

She Heads The Boston Globe

Pizzuti has a BS from Babson College and a masters in real estate development from the Massachusetts Institute of Technology. While working for her father’s real estate company, she focused on the development of energy efficient buildings.

In 2013, Henry bought The Boston Globe for $70.0 million and named his wife as the managing director. Her credentials were initially questioned, but Pizzuti proved she’s more an entrepreneur than first lady.

She contributes to the editorial board and oversees the website. Among her many attempts to revive the Globe, she launched the paper’s documentary film festival, GlobDocs. She’s also the co-founder of HUBWeek, a cultural festival backed by the paper, Harvard, and MIT to promote medicine, education, and arts.

She Is Co-Owner of Henry’s Sports Teams

She acquired former Fenway Sports Group limited partner Arthur Nicholas’ shares in the Red Sox, Liverpool FC, NESN, Fenway Park, Fenway Sports Management, and Roush Racing in 2017. She’s now the first woman to own a part of the Sox since Jean Yawkey took over the team in 1976, after her husband’s death.

Though she got ownership stakes fairly recently, Pizzuti has been active in Red Sox Nation with the team foundation and producing sports TV specials. Linda is also responsible for creating the character of Tessie the Green Monster, the little sister of Red Sox mascot Wally the Green Monster.

While Henry and Pizzuti are much loved in Boston, Liverpool fans have subjected them to online hate. Many believe that Fenway Sports Management isn’t doing enough for the team. Pizzuti once called out a fan on Twitter who was harassing her online.

You are the most persistent abuser, why do you do it? I have supported LFC for years. Should I not use twitter bc "fans" like you harass me?

A few months ago, Pizzuti became a topic of discussion on the Internet with her funny Twitter exchange with Liverpool fans.

Just got your best interests at heart.

Back in June, Liverpool was in negotiation with Lyon’s Nabil Fekir to transfer to England. Liverpool fans subtweeted Pizzuti to find out if Fekir would be moving to Liverpool. Linda replied to curious fans, revealing she was also looking forward to Fekir joining the lineup.

Alas, for Pizzuti and scores of Liverpool fans, the deal fell through and Fekir remained in France.

But she didn’t have to dwell on it too long. She can now revel in the Boston Red Sox winning the 2018 World Series.