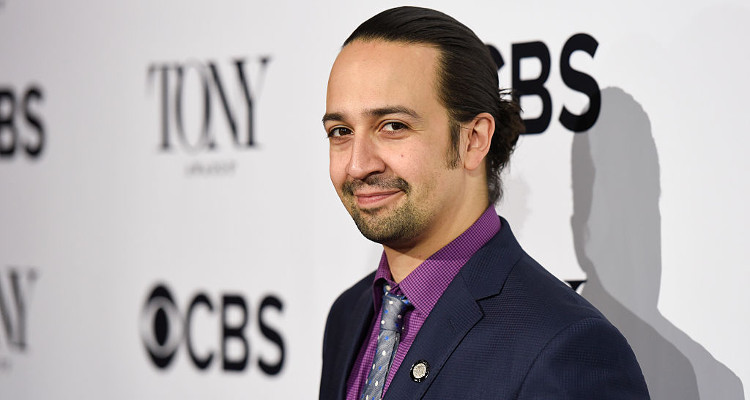 Lin Manuel Miranda is the creator and star of the hit Broadway musical, Hamilton. The hip-hop played based on our Founding Fathers has been a critical and commercial hit, making a few millions for Miranda.

The ground-breaking Broadway musical, Hamilton earned its creator and star, Lin-Manuel Miranda a whole lot of praise and even more money. The musical is now a multi-million enterprise since its successful box office run. The historical hip-hop play is now the composer/rapper’s personal brand. He’s won numerous awards for it, including Tony and Grammy awards. Besides Hamilton, he’s also the composer of the Disney hit, “How Far I’ll Go” from the animated movie, Moana. The song has been nominated at the 2017 Academy Awards and if it wins, Miranda can add an Oscar to his extra large trophy shelf!

Given he’s not only a critically-acclaimed artist but also knows how to bring in the big bucks, how rich is Lin Manuel Miranda? The actor, composer, rapper, author and playwright has earned a net worth of $10 million in his career.

Find out about about his salary, wife, kids and more in this Lin-Manuel Miranda net worth piece, right here.

He’s Building on His Musical Success

With a net worth of $10 million, Lin-Manuel Miranda has made significant earnings performing in his own musicals. He earned his net worth from composing music and writing musicals while his sources of income continue to grow. Moana earned more than $500 million at the box office and Miranda probably got a huge cut from it.

Miranda’s other artistic ventures have won him numerous awards, but the income from them is undisclosed. He hasn’t signed endorsement deals with any sponsors, either. But since he’s an up and coming celebrity, we’re sure there are a few deals coming his way.

Hamilton is his Most Successful Venture Yet

Hamilton has grossed over $85 million at the box office in less than a year on Broadway with sold-out performances every time. New York Times has claimed that the musical made $500,000 every week in ticket sales. The tickets for Hamilton would go up to $1000 some weeks. That more than makes up for its $12.5 million production cost.

The 37-year-old reportedly earned a sizeable cut from the profits as the lead actor and creator of the musical. His total salary from Hamilton is undisclosed, but Miranda reportedly got a 7% cut from the weekly box office gross which is roughly $100,000 a week. A part of Miranda’s share went to Hamilton’s original owner, Ron Chernow, who wrote the book the rapper based the musical on.

Though Hamilton earned extremely well in ticket sales, not everything went to Miranda and his actors. At least 40% of the income went to pay the rent of the Richard Rogers Theater and covering other expenses. At least 3% of the net profit every show went to the investors.

He’s Got Multiple Awards and Honors

Miranda isn’t just a rapper and composer. He’s an award-winning playwright and author who has won more awards than we can count on our fingers. He has been nominated for a Pulitzer prize twice and has won it once for Hamilton. Both his musicals, Hamilton and In the heights has won Grammy Awards in the best Musical Album category and Tony awards. Hamilton has won a total of 11 Tony Awards including Best Actor and Best Original Score.

His Wife is a Lawyer and a Scientist

For a brilliantly artistic man like Miranda, he couldn’t settle for a less brilliant woman than his wife, Vanessa Nadal. The couple have been together since high school and married in 2010. If you were to go over Nadal’s resume, you’d be surprised that she excels in fields we mere mortals can’t even imagine.

Nadal is not only a scientist, but she’s also a lawyer. Can you fathom this combination? She graduated from Massachusetts Institute of Technology  with a Bachelors degree in chemical engineering. She also worked the R&D department of Johnson & Johnson. She later acquired her law degree from Fordham University School of Law and now works as a litigation associate at the global law firm, Jones Day. Can she get any better? Yes, she can. Nadal loves playing Grand Theft Auto.

The couple married at the Belvedere mansion in 2010 where Miranda and the bridal party performed a rendition of “To Life” from Fiddler on the Roof. They welcomed their first child, Sebastian Miranda in 2014.