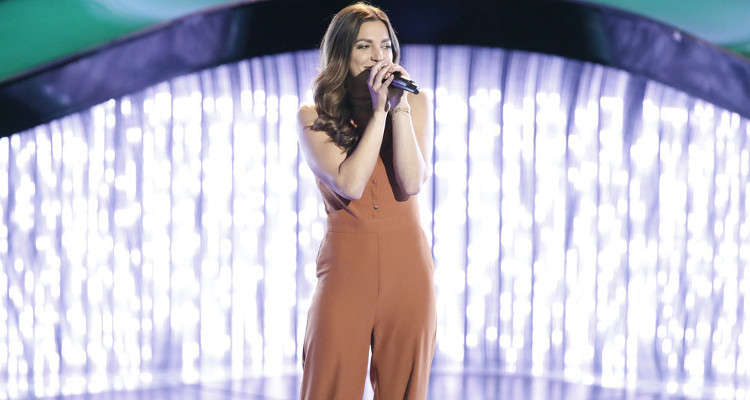 Alicia Keys has a tough decision on her hands. The second-time coach is taking no prisoners in order to win The Voice season 12. But before that, she will have to decide which contestants will represent her team in the Knockouts, between Lilli Passero and Lauryn Judd.

It’s the third Battle Rounds on The Voice season 12, and the competition is intensifying. Coach Alicia is having Lilli Passero and Lauryn Judd face off against each other for a shot at the Knockouts. The two women are 10 years apart, but are equal in their vocal prowess. Who will win in the Lilli Passero vs. Lauryn Judd battle? It’s a tough guess. Here’s what to expect from their performance tonight on The Voice.

Musical Theater Baby has The Voice

Lilli Passero was born into music and entertainment. Her bio on NBC’s web site states that her parents are “ultimate theater nerds.” Liz and Jeff Passero have worked as actors, coaches, and casting agents in LA for a long time. Lilli’s sister, Sasha is a talent agent and her other sister, Izabella is studying at New York’s Fashion Institute of Technology. The three sisters grew up singing and dancing. They sound like another Von Trapp family, don’t they?

The 26-year-old’s audition performance of “A Love of My Own” by Carla Thomas had Blake Shelton, Gwen Stefani, and Alicia Keys fighting over her. Passero went for Team Alicia, who won her over by serenading the waitress with her own impassioned version of the song, which included inserting Passero’s name in it.

While pursuing music, Passero also tried to break into acting. She landed a small role on NBC’s “Go On,” among other guest spots. She currently works as a waitress and has even waited on Gwen Stefani of all people! Passero is sure to be one of the most entertaining artists this season, and even if she doesn’t make it on The Voice, acting opportunities are sure to open up for her now that the world has seen what she can do on stage.

Also Read: Anatalia Villaranda vs. Missy Robertson on “The Voice” 2017

The Disney Princess Takes the Stage

Lauryn Judd may have sung Cindy Lauper’s iconic anthem, “Girls Just Wanna Have Fun,” but her dream is to be a Disney princess! Her bio states the 16-year-old fell in love with the Oscar and Grammy-winning song, “A Whole New World” from Disney’s Aladdin. She’s currently a junior in high school back in Draper, Utah.

She performed for the first time when she was only four years old. Since then, there was no stopping this young aspiring musician. Judd’s a triple threat having dabbled in dance, theater, and singing.

Her “more mellow and acoustic arrangement” of Cindy Lauper’s hit had Gwen, Alicia, and Blake bust a move on their chairs. She went with Team Alicia and hopes to make it to the Knockout Rounds with her team. If not, there’s a high chance she could be stolen by another coach!

battles continue TOMORROW !!! make sure you keep an eye out for me & my girl this monday & tuesday !! #teamlauryn #teamalicia #VoiceBattles

It will be interesting to see how the two musical theater artists duel in the Battle Rounds tonight. The other three coaches are waiting to steal from Alicia, and she’s hoping to get one of their eliminated artists, too. It’s going to be an intense night on The Voice. So, don’t miss the third Battle Rounds when it airs at 8:00 p.m. EST tonight on NBC!