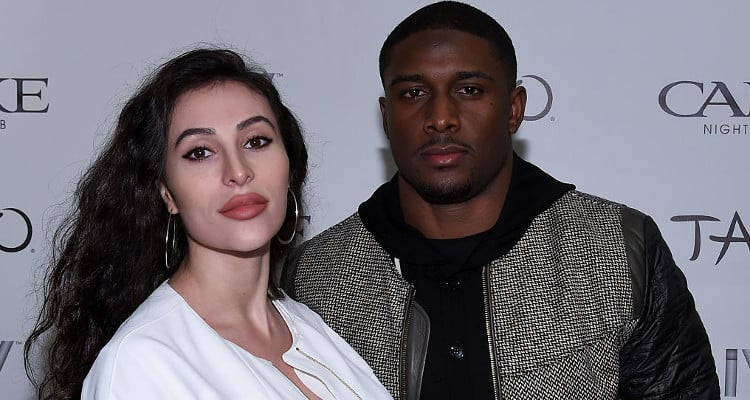 Lilit Avagyan Bush was attracted to dance at an early age, and her parents encouraged her to follow her passion. Today, she is an accomplished dancer who has represented the U.S. all over the world and won several competitions as well. She now divides her time between taking care of her three kids and teaching dance to her students. She stood by husband Reggie Bush’s side when rumors were swirling that he had fathered a child outside his marriage in 2017.

Whoever sees Reggie Bush’s wife, Lilit Avagyan, finds it difficult to believe that the beautiful woman with the svelte figure is the mother of three children. But it’s true!

Avagyan is a baby mama of three wonderful kids and a fantastic dancer in her own right.

Reggie Bush is a former American football running back who has played for several high-profile teams such as the New Orleans Saints, Buffalo Bills, Detroit Lions, Miami Dolphins, and the San Francisco 49ers.

He used to date Kim Kardashian for a while before he finally hooked up with his current wife. At the time, everyone was shocked to see that Lilit Avagyan and Kim Kardashian have an uncanny resemblance!

Get to know Reggie Bush’s wife better with some details from Lilit Avagyan’s wiki.

Who Is Lilit Avagyan?

Born on November 30, 1987, Lilit Avagyan’s age is 30. Her parents are Juleta Avagyan and Avag Avagyan. They live in Chatsworth, California, where her father is a senior process engineer with International Solar Electric.

Lilit Avagyan has a sister named Anna Avagyan, who is a fitness instructor. She is the one who helped Avagyan keep her body and mind fit when she was pregnant with her third child.

The pro dancer was so pleased with the results that she posted a photo of her workout and wrote, “@bodybeatbyanna kept me [strong] while baking this baby. Contact her, and she will get your body right.”

She Has a Passion for Dance

Avagyan fell in love with dancing at a very young age, and her parents encouraged her to follow her passion for it. So, she started attending dance classes and later spent 12 years in Europe to perfect her skills in the art form.

Although Avagyan liked all forms of dance, she chose to specialize in ballroom dancing, as it was the closest to her heart.

She started her dance career by performing at a ballet academy. She worked hard, and it wasn’t long before people began appreciating her.

Avagyan became a dance teacher when she moved to the U.S., and her career started to flourish.

She won the 2010 Rising Star Open title in Florida and participated at the 2013 Latin American World Championships in Australia. She has also performed at Louis Van Amstel’s Ballroom with a Twist.

Avagyan became well known to American audiences when she was a guest performer on the popular reality TV show, Dancing with the Stars.

Looking at myself and analyzing every imperfection I made myself believe I have. On a mission to speak life into myself. We tend to quietly bully and mentally abuse ourselves. You are stuck with you forever. Be kind! ? Spreading love starts with the person looking back at you in the mirror. I AM PERFECT.

She has represented America in several dance championships all over the world and has won some as well.

When Avagyan is at home in Los Angeles, California, she choreographs and teaches various forms of dance to her students.

She loves dancing and teaching it so much that she once said, “It is my passion to see life through such an amazing and beautiful art form.”

She Is the Mother of Three Wonderful Kids

Even as Avagyan was dancing and taking part in competitions, she did not neglect her personal life. She and Bush planned to be parents and have several kids of their own.

Avagyan gave birth to her first child on May 6, 2013, and they named the baby girl Briseis Bush. They were not married at that time.

Bush finally put a ring on it and married Avagyan on July 12, 2014, in San Diego, California.

A year later, the couple welcomed their second child into the world on July 12, 2015. The baby boy was named Uriah Bush.

They decided to have a third child, and their son, Agyemang Bush, was born on September 2, 2017.

Lilit Avagyan Stuck by Her Husband’s Side

Avagyan’s third child was born during a difficult time for both her and Bush. There were rumors at that time that Bush had fathered an illegitimate child with Monique Exposito outside his marriage.

Despite some naysayers predicting the end of Avagyan’s marriage with Bush, she stood firmly by her husband’s side. The rumors are still swirling that he is the father of Preston Alexander, the baby boy born to Exposito in 2017.

Money Is Not a Problem for Her

Although Lilit Avagyan’s net worth is still a mystery, she doesn’t have any financial problems. Hubby Reggie Bush has a cool net worth estimated to be around $14.0 million, so Avagyan and her children are financially covered.

Those who want to see some pictures of Reggie Bush’s wife should head over to her Instagram account.

Lilit Avagyan’s Instagram account is full of pictures of her exercising at the gym in sexy outfits and hanging out with Bush and her friends. There are photos of her taking nature walks and sightseeing as well as pics of her children.

She also has quotes and photos of some of her idols like Denzel Washington.

She Now Has Her Own Identity

Right now, Avagyan is busy taking care of her children and making a comfortable home with them and her husband, Bush. She still takes time out to pursue her passion for dancing and teaching it.

Even though Lilit Avagyan was initially labeled a Kim Kardashian look-alike, she now has her own identity. Not just as Reggie Bush’s wife and the mother of his children, but also as a strong, passionate, independent woman who is artistic and intelligent.