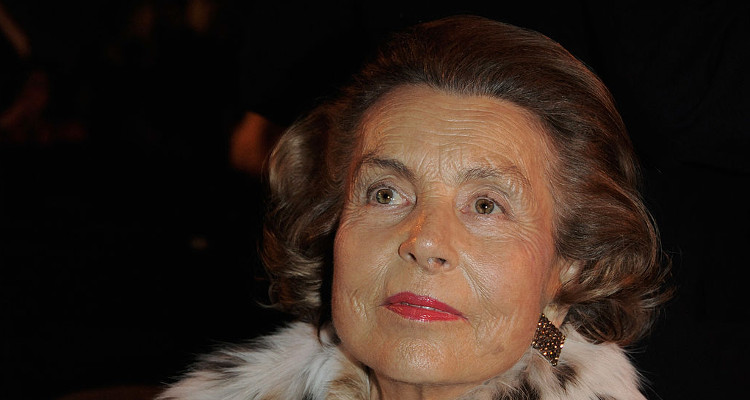 Liliane Bettencourt experienced many ups and downs in her life, but remained sympathetic to her causes. She was a philanthropist who regularly generated funds for the charities she was involved with. Bettencourt was the heiress of the world-famous cosmetics company, L’Oreal and was once known as the richest woman in the world.

The “world’s richest woman,” Liliane Bettencourt, passed away on Thursday, September 21, 2017, at her home in Neuilly-sur-Seine, a suburb of Paris, France. She was 94 years old.

Who was Liliane Bettencourt? The French heiress, socialite, and businesswoman was one of the main shareholders of L’Oreal cosmetics, and the 14th richest person in the world.

Bettencourt was born on October 21, 1922, in Paris, France, to Louise Madeleine Doncieux and Eugene Schueller.  She lost her mother when she was just five years old.

The heiress formed a close bond with her father who founded L’Oreal, one of the world’s biggest and most successful cosmetics companies. When Bettencourt was just 15 years old, she joined her father as his apprentice, mixing cosmetics and labeling bottles of shampoo.

In 1950, she married a French politician named André Bettencourt. He went on to serve as a cabinet minister in several French governments in the 1960s and 1970s, before working for L’Oreal. Although there were allegations that her husband and father were Nazi sympathizers during World War II, they were able to get away unscathed.

A Philanthropist at Heart

L’Oreal heiress Liliane Bettencourt, the wealthiest woman in the world, has died at age 94. She died in Paris on Wednesday night. While private to the last, she maintained close ties to three French presidents during her lifetime and was never far from the society pages, which poured over her family relations minutely. . . . . . . . . . #Loreal #heiress #LilianeBettencourt #Paris #France #society

Bettencourt and her husband had only one child together. Their daughter Francoise was born in 1953. When Bettencourt’s father died in 1957, she inherited the L’Oreal company, becoming the principal shareholder. L’Oreal went public in 1963, but Bettencourt retained the majority stake in it, influencing major company decisions.

Later in life, with a lot of time and money in her hands, Bettencourt turned towards philanthropy. She started the Bettencourt Schueller Foundation in 1987 to support and develop medical, cultural, and humanitarian projects that were dear to her. It has $180.0 million in assets and an annual budget of around $18.0 million, devoting its funding to the various activities it supports.

End of an Era

Liliane Bettencourt’s net worth was an astounding $44.7 billion at the time of her death, according to Forbes. She also had several palatial homes in France and owned an island home that she later sold. It is not clear at this moment who will inherit her vast fortune, as she has a daughter and several grandchildren.

Francoise Bettencourt-Meyers and Liliane Bettencourt were involved in several court cases over the past few years. Bettencourt, who was suffering from the early stages of dementia, was supposedly cheated out of huge amounts of money by her confidants and political parties, which resulted in a big scandal. In 2011, a court found Bettencourt unfit to manage her affairs and put her in the guardianship of her daughter and grandsons. With the death of Liliane Bettencourt, a legend in the business of cosmetics will truly be missed.