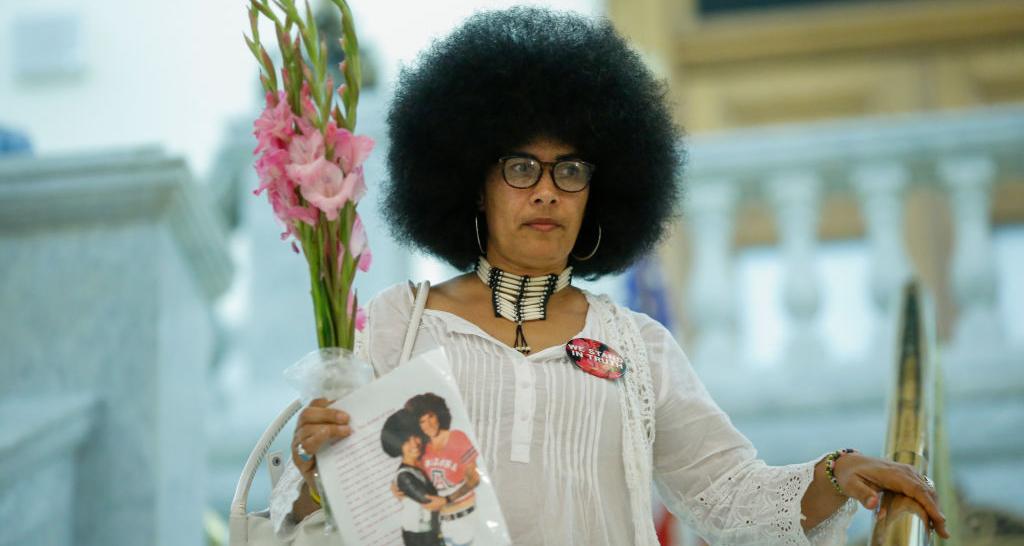 Bill Cosby was found guilty on three counts of indecent assault, a celebrated verdict in the Cosby trial on April 26. Lili Bernard was one of his accusers who got justice on Thursday. Her heartfelt statement after the verdict has received a passionate response on social media.

Our Lili Bernard wiki will reveal the details of one of Bill Cosby’s accusers. She is one of over 60 victims who has accused the veteran comedian of sexual assault.

On Thursday, Cosby was found guilty on three counts of indecent assault. Bernard called it a “victory for womanhood” in the ongoing #MeToo movement.

Who Is Lili Bernard?

Cuban-born Lili Bernard is a visual artist based in Los Angeles. Her ancestry boasts a mix of Jamaican, Spanish, Chinese, and British.

When Bill Cosby was facing a wave of sexual assault allegations, she came forward with her own accusations in 2015. She held a press conference with her attorney, Gloria Allred, and claimed that the comedian drugged and raped her in 1992 when she was on The Cosby Show.

She filed her case against Cosby in New Jersey, which has no statute of limitations on rape cases.

Bernard claimed that Cosby mentored her and “after he had won my complete trust and adoration, he drugged and raped me.” She allegedly suffered trauma from the assault and received intensive therapy at a hospital.

The Cosby trial was the first celebrity hearing on sexual assault since the #MeToo movement has been calling for a cultural shift. After the first trial ended in a deadlocked jury, the retrial saw him convicted on three counts of assault.

Bernard was overwhelmed with emotion upon the verdict and stepped out of the courtroom in tears. She thanked Allred and the other Cosby accusers for fighting this trial.

“I stand here in the spirit of Martin Luther King who said that arc of the moral universe is long. But today it has bent toward justice,” Bernard said. 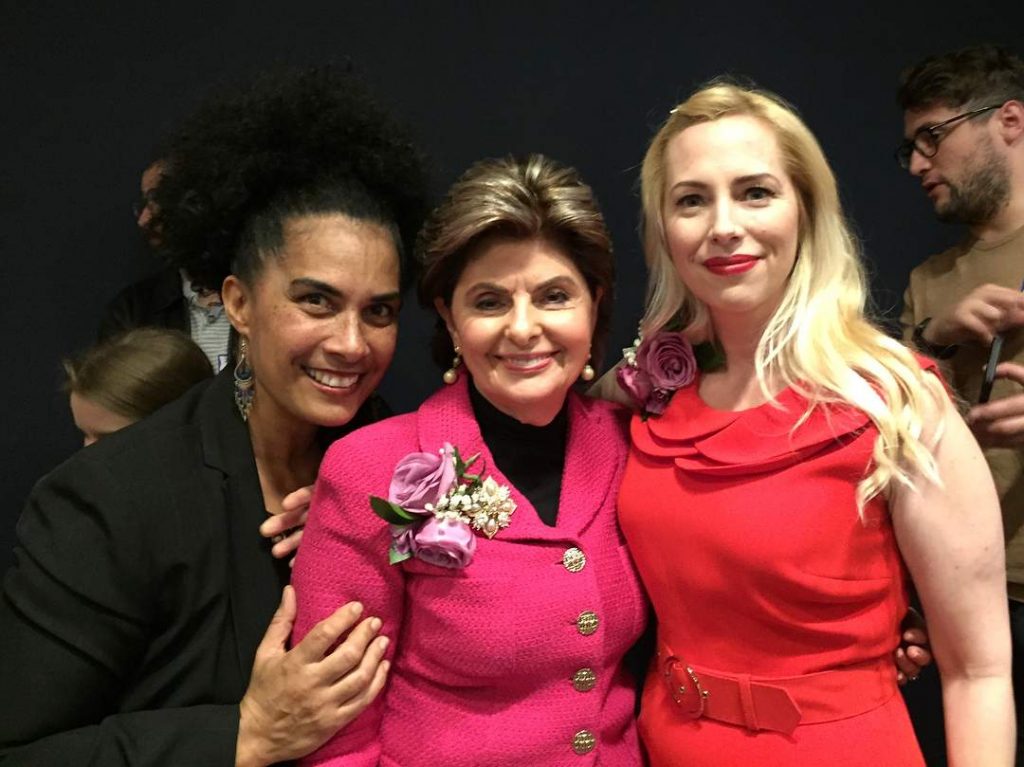 Bernard spent her early childhood in Cuba before her family moved to the U.S. when she was four. They also lived in Tokyo when Bernard was a teen. After graduating from the American School in Japan, Bernard returned to the U.S.

She attended Cornell University and City University of New York to acquire a Bachelor’s degree in German. She went on to earn a Master’s in fine arts from Otis College of Art and Design in Los Angeles.

This award-winning artist draws inspiration from the aftermath of sexism and racism for her artwork. Bernard’s work covers multimedia and reflects her multi-cultural heritage.

Her works have been selected to be displayed at multiple exhibitions. She has held several solo art exhibitions including an exhibition at the Museum of the African Diaspora in 2017. 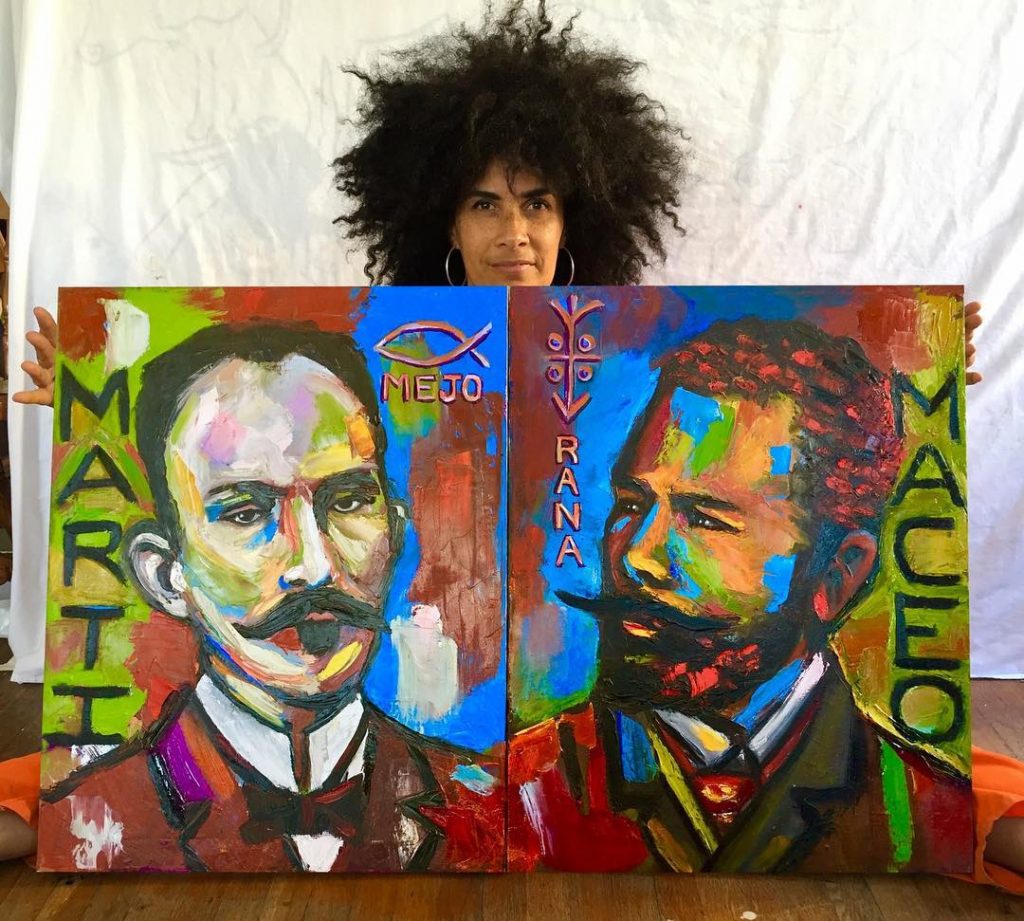 Before she ventured into art, Lili Bernard was an actress. She had a brief stint in a Japanese primetime drama series when she was in Japan. In New York City, she studied theater under Sonia Moore.

Lili Bernard was on The Cosby Show’s final season in a guest-starring role. Her other acting credits boasts appearances on Seinfeld, Golden Years, and Murder in Oakland.

Besides working extensively in theater, Bernard is a long-time member of SAG-AFTRA. 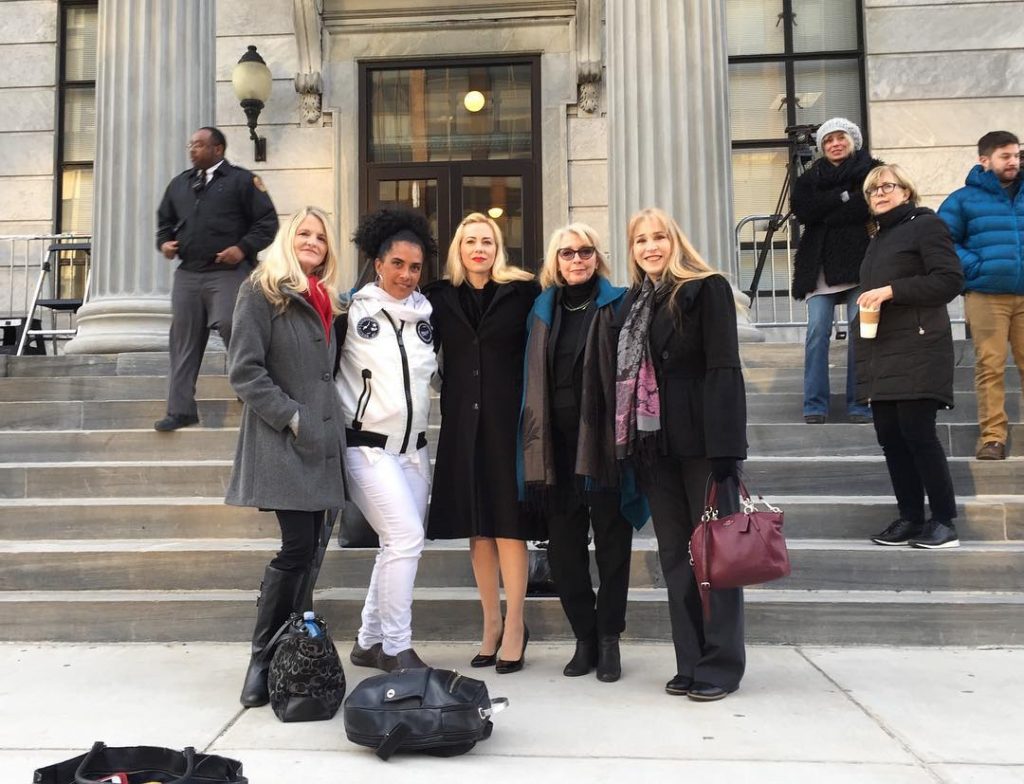 Bernard married civil rights attorney, Franklin Ferguson in 1995. The couple has six children who were born throughout a 10-year span.

When she gave birth to her fourth child, Bernard was diagnosed with acute Graves’ disease and was “at death’s door.” At that time, she gained spiritual strength thanks to her cultural roots and recovered.

Today, this playwright-poet-videographer-artist translates her spiritual expression in her work.

While the Cosby trial has taken its toll on the accusers, Bernard has found solace in her children. She’s often posting about her kids on social media. And most recently, she spent time with her eldest son, Rafael Ferguson.

When she came forward with her allegations against Cosby, Bernard said it was her children who encouraged her. She said she came forward “to show my 6-year-old daughter to stand in truth, and to say that I’ve survived Bill Cosby’s drugging and raping me.” 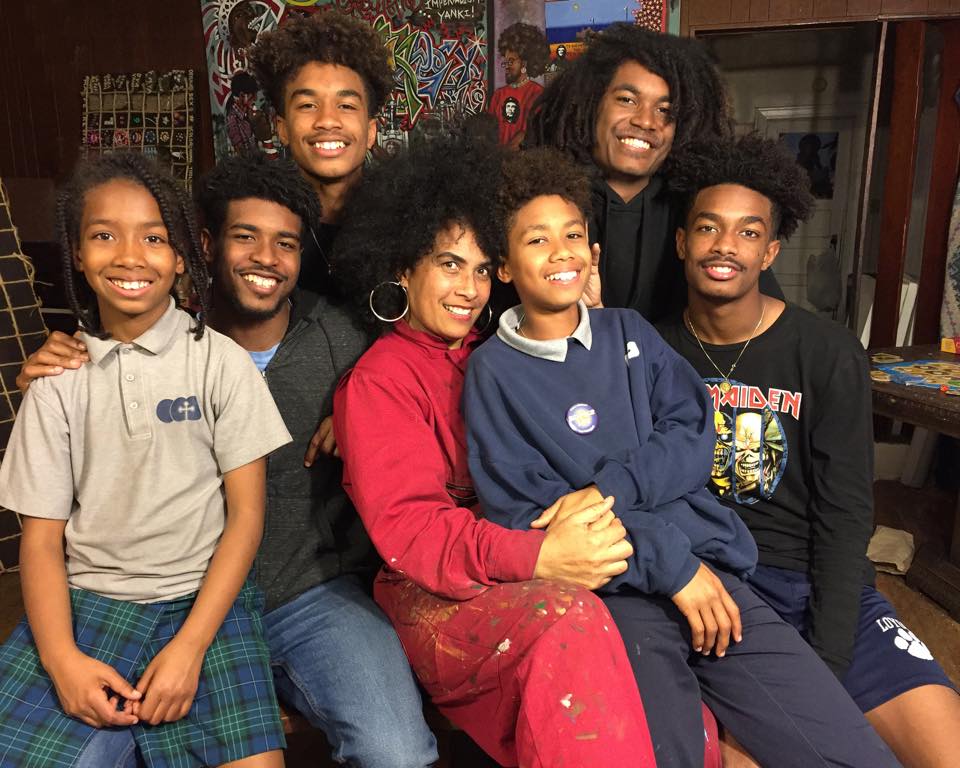