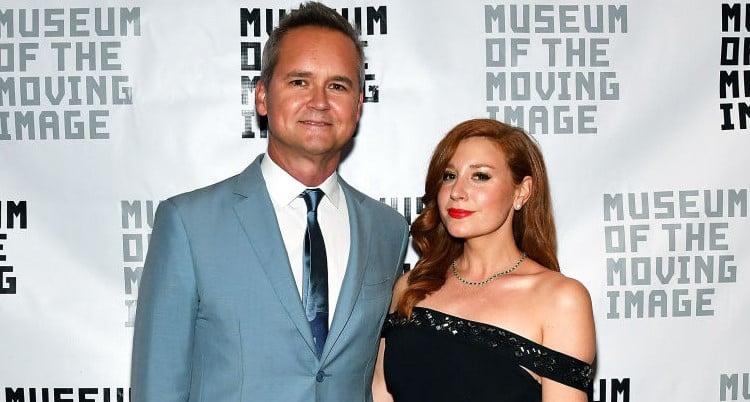 Whoever said love is in the air clearly didn’t hear about Lila Feinberg and Roy Price. The TV writer and playwright was Roy Price fiancée but the wedding has recently been called off! With the wedding set for November, many are wondering why the nuptials are no longer happening. For more details, have a look at our Lila Feinberg wiki.

Who is Lila Feinberg?

Lila Feinberg’s age is unknown but we know she’s younger than Price, who is 51 years old. According to her website, she holds an MFA in dramatic writing from Columbia University and is a summa cum laude, Phi Beta Kappa. She’s also a Centennial Scholar of Bernard College, Columbia University, where she studied feminist poetry. Her play, Vertebrae, won her the Araca Group’s National Graduate Playwriting Award and she is the executive producer and creator of 12 Parties, an original series that was acquired by the Weinstein Co. She’s also written for an episode of the comedy show, Younger, titled “Ladies Who Lust.”

If you’re looking for Lila Feinberg’s pics, then you’re better off finding them online. The TV writer enjoys her privacy and her Instagram account is privately set.

Why was the Wedding Called Off?

Amazon Studios programming chief, Price, was all set to marry Feinberg on November 12 in New York at the Carlyle. That was until news of his sexual harassment against Amazon executive producer Isa Hackett, 50, surfaced. Harvey Weinstein’s wife, Georgina Chapman, also designed Feinberg’s Marchesa wedding dress but has since called off the wedding after the harassment claims.

Price has been suspended from his job, effective immediately and a day later, VP of business development, Jeff Blackburn sent out a memo saying, “The news coming out of Hollywood over the past week has been shocking and disturbing and unfortunately we are a part of it. It’s sad and very disappointing to me. Amazon does not tolerate harassment or abuse of our employees or our business partners. If a concern is brought to our attention, we investigate it quickly and thoroughly.”

Price was accused of propositioning Hackett (daughter of the late Phillip K. Dick) during a San Diego Comic Con in 2015, when he allegedly said, “You will love my d—k.” Hackett was also a producer on Amazon’s The Man in the High Castle and Philip K. Dick’s Electric Dreams.

Why Did Hackett Come Forward?

In the wake of the Weinstein scandal, many victims were afraid to come out with their stories but have since found the courage to do so.

“Having power and influence is such a huge responsibility,” Hackett told The Hollywood Reporter. “As somebody with some power, I feel it is imperative for me to speak out. I want to call out [Price’s] behavior and also hold myself to a certain standard. It’s difficult because of the fact that I have two shows and I love those shows and I value my experience at Amazon.”

She continued: “But this incident has been looming and it’s difficult to shake it. I didn’t want the details to come out previously because I didn’t want to distract or deflate the energies of all the people who are so invested in these shows, and all of that positivity. You don’t want to bring this into it. It feels demoralizing.”