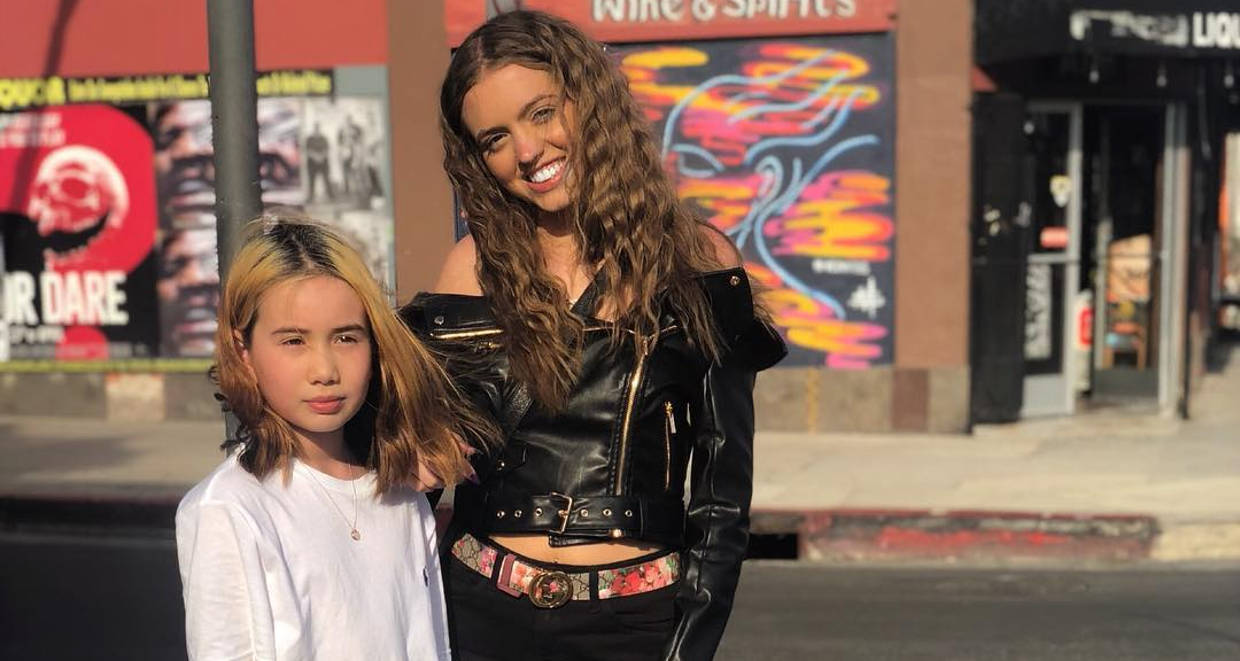 In more Lil Tay news, the nine-year-old just dropped some new videos to celebrate her Instagram account getting verified. And the latest one may make you cringe harder than ever before! It looks like anything this spoiled child does becomes viral, even if she’s smacking people in the face with cake!

While most people are scratching their heads on how a nine-year-old could get a verified Instagram account (policy suggests you need to be at least 13), Lil Tay has been at it again. She pompously showed off on her new page by attacking a man we think is Woah Vicky’s manager, Harry Tsang!

The staged attack was created for publicity, just like everything else that comes along with Lil Tay!

Keep reading to know more about the incident and watch the video from Lil Tay’s verified Instagram account, right here!

The Internet seems to have officially noticed the potty-mouthed nine-year-old. Lil Tay’s Instagram account has more than 750K followers!

The little girl and her antics have gained her insane popularity, equally by both those who love and hate her. Others just pity her and hate on her “parents” instead.

Many are eager to know more about Tay, her parents, and why she’s not in school. Some just have nothing but hateful things to say to her, slamming her for her profanity and behavior.

The video starts off with Lil Tay calling out to her haters to see how well she has done for herself as a man is riding by on a scooter. She then smashes a cake (iced with a giant blue check mark on it) into his face as he rides by, causing him to fall off the scooter and wipeout onto the pavement, as she yells “Bitch, I’m verified now!”

LIL TAY ON TOP! Next time anyone try and cross me they gon catch these hands!

Lil Tay’s money apparently comes from her waking up one day and deciding not to stay poor anymore! (Ahh…if only it were that simple!)

This minor says she was “broke as hell” before, and then she “worked hard moving bricks” to earn all the riches she “flexes” on the Internet.

Moving bricks can mean that she worked as a laborer, but it is also a term used for peddling drugs! Again, she’s nine.

She calls herself the “Youngest Flexer of the Century” (a phrase Lil Pump used for himself before). She prides herself on walking around with wads of cash while showing off her designer clothes, cars, and home.

We seriously doubt the child owns them all, which leads us to ask, where the heck are her parents? And why they are allowing their baby to become so spoiled?!

Lil Tay is always seen hanging around with teenagers, and always without a parent or a guardian.

In one video, the Instagram sensation says she is making more money than “your parents, more than your teacher, your uncle, your grandma, your whole entire family.”

Meanwhile, in another video, she goes on a “flexing” rampage where she says she’s holding “your mama’s rent,” and that her toilet costs “more than your rent.”

It seems like she is told what to say or how to say it because it is that ridiculous to believe that a little girl has come up with some of this stuff all by herself.

In the Danielle Bregoli vs. Woah Vicky fight, she was seen allegedly being egged on to get involved! So, it’s a possibility that she has a “mentor” who tells her what to do next.

I don’t understand why people think my money is fake ! My sis @liltay said stop hating on us and go get some money ! – Pants from @elated_newyork

The youngster made the video with Woah Vicky’s boyfriend, Lil Virgin, who recently reached the one million followers mark on his Instagram.

Lil Tay has reportedly been in the eyes of the media for collaborating with rapper Chief Keef for a song as well. But she is mostly known for her degrading demeanor on YouTube and Instagram and her use of profanity towards others.

Nonetheless, this blonde-haired, Asian-looking girl has become the Internet’s next obsession, and it’s fine by her. Lil Tay’s more than happy throwing around cash on and flaunting how much more money she has than her haters!