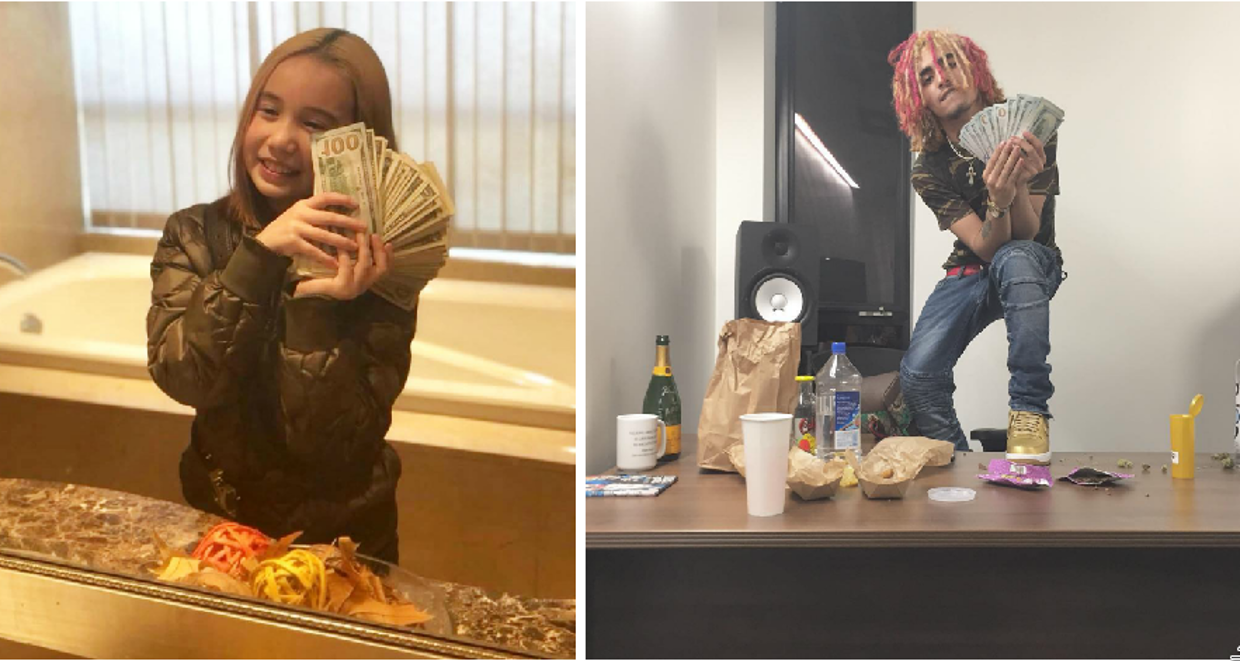 Lil Tay’s presence on the Internet, and particularly Instagram, is increasing by the day! It looks like nothing is holding back this nine-year-old kid. In her recent Instagram post, she was seen hanging out with budding young rapper (and her idol), Lil Pump.

Right now, Instagram users are obsessed with the little nine-year-old girl with the potty mouth, who uses profanities in almost all her videos. She calls herself the “Youngest Flexer of the Century” by flaunting money, high-end cars, and luxury brand items.

If you have been active on Instagram, then you know that we are talking about Lil Tay. Recently, she took to Instagram and posted a photo with rapper Lil Pump. 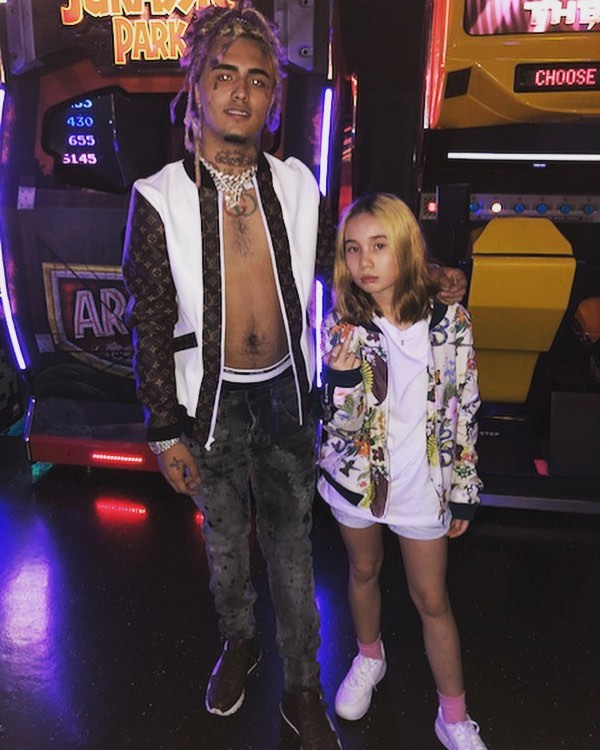 In Lil Tay’s Instagram post, she is seen giving the middle finger, presumably to her haters and “broke ass people,” as she likes to call them. She wrote in the photo’s caption that Lil Pump called her to connect with her.

Lil Tay also wrote that Lil Pump called Bhad Bhabie, “a bich.” (Like he has nothing better to do but to call up a nine-year-old kid and gossip about Bhad Bhabie, right?)

If you are not aware, there is an on-going feud between Lil Tay and Bhad Bhabie (better known as Danielle Bregoli, the “Cash me outside” girl.)

Also Read: Why Is Lil Tay Famous? How Did the Youngest Flexer Get Rich?

In fact, it was Woah Vicky and Bhad Bhabie who initially got into the argument. But Lil Tay was present, and of course, had Vicky’s back. Things erupted outside an LA mall when Bhad Bhabie called out Vicky in the street and eventually attacked her from behind. At this point, Lil Tay and the rest of her crew got involved and eventually split up the fight between the girls. But not before Lil Tay had a few choice words for her pal’s enemy.

Lil Tay and Bhad Bhabie’s bad blood seems to stem from the fact that Lil Tay is Woah Vicky’s girl. The two call each other “sisters” even though they aren’t related, but as of lately, it seems Lil Tay is always by Vicky’s side.

It looks like Lil Tay has managed to get the attention of a lot of people, including rapper Chief Keef.

According to Lil Tay’s live Instagram Story, the nine-year-old was seen on stage with a couple of people dancing to songs. Was Lil Tay at a concert? And who’s concert was it? It’s possible it was none other than her favorite rapper Lil Pump’s concert, which would also explain the photo they posed together for.

Also, Woah Vicky’s live Instagram Story showed Lil Tay getting ready, and she even tagged her and Chief Keef. It could very well be that Lil Tay and Lil Pump met at the concert, but this hasn’t been confirmed.