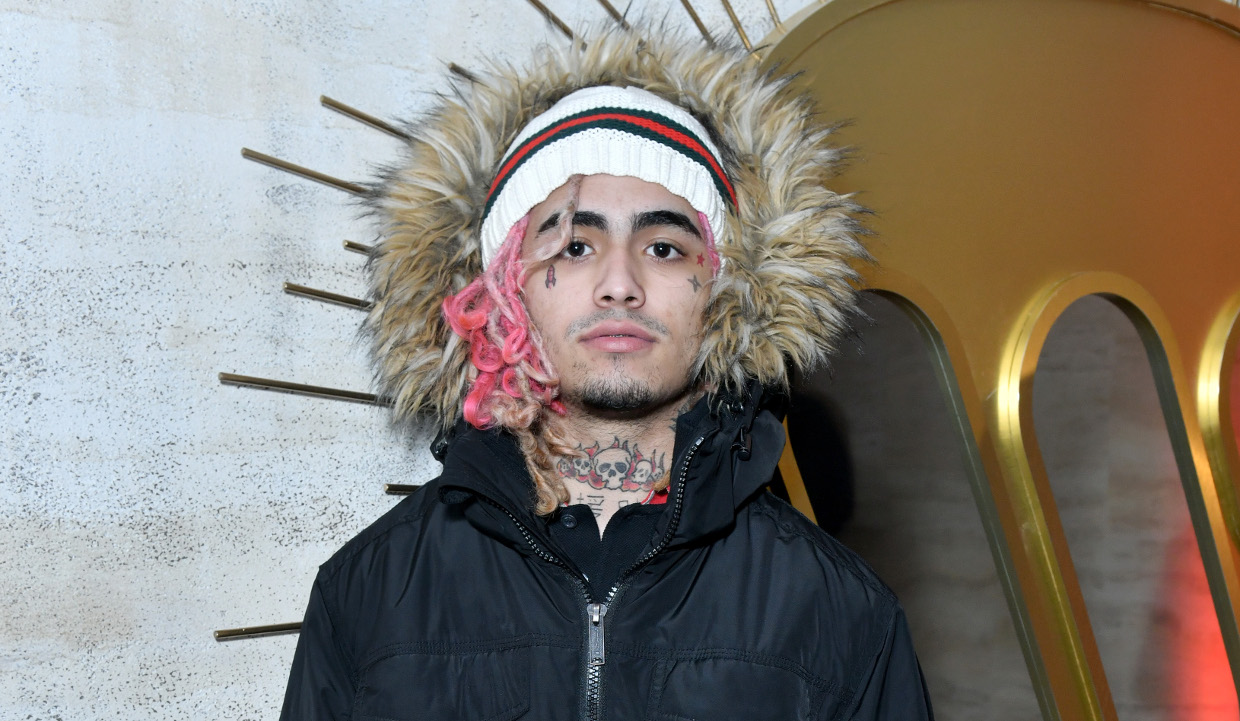 “Gucci Gang” rapper Lil Pump’s Instagram seems to be attracting new age rap lovers by the day! He has almost 12 million followers on the photo-sharing app, and he’s making sure that he doesn’t disappoint any of them. Lil Pump just “flexed” his newest piece of jewelry and we have all the details. You won’t believe the latest addition to Lil Pump’s jewelry collection!

Lil Pump’s infamous catchphrase “ESSKEETIT” has taken over the world. And now, it proudly rests around his neck, adorned with diamonds!

The rapper loves to shop at Avianne Jewelers like he loves to indulge in Gucci. But this time, he made sure to celebrate the new piece with the maker himself!

Lil Pump, whose real name is Gazzy Garcia, purchased an ESSKEETIT chain from Avianne Jewelers for a reported $180,000. He even promoted his good friend and owner of the designer jewelry shop, Elliot Avianne, on his Instagram page.

Lil Pump’s net worth in 2018 is estimated at $4.0 million. He recently signed a deal with Warner Bros. for a reported $8.0 million!

His first hit song, “Gucci Gang,” has over 692 million views on YouTube alone. Meanwhile, his last release, “Eskeetit,” has received over 160 million views.

Lil Pump comes from Miami, Florida and is of Mexican and Cuban descent.

The 17-year-old began his career after he met fellow rapper Smokepurpp through some friends and his cousin Ominous, which propelled his interest in rap music.

He has said that his initial plan was not to become a rapper. But it looks like this happy accident paid off!

Making a Fashion Statement with Gucci

Lil Pump was a troublemaker at his school. He said that he got into problems and was expelled from almost all the schools he attended.

He was a drug dealer before he became a rapper and came from a humble background.

Today, Pump’s lifestyle is at par with many rock and pop stars. And considering he just started his career a couple of years ago, it’s safe to say that this musician knows what he’s doing!

He has been featured on numerous illustrious lists like Forbes’ Hip-Hop Future Moguls: The Class of 2018. He ranked at No. 8 among the 11 featured on the list.

Lil Pump’s “Gucci Gang” rose to No. 3 on the Billboard Hot 100 list with Camilla Cabello taking the No. 1 spot for her hit song, “Havana.”

The Gucci brand lover makes a fashion statement every time he steps out in Gucci, not to mention the insane amount of bling he’s often sporting. He promotes the Gucci brand in his own way, even though they don’t seem to have a tie-up or an endorsement deal of any kind.

Lil Pump Cleaned Himself Up

He is a self-proclaimed Harvard University dropout even though he didn’t even graduate from high school.

According to reports, Pump was addicted to Xanax and other potent drugs. And bags of marijuana are also featured regularly on his Instagram account.

But the rapper decided to clean himself up. He announced in January 2018 that taking Xanax was a bad idea and that he was going to stop taking it.

Lil Pump is going to be on an international tour from June 2018 to August 2018. You can find the details of his concerts and dates below.