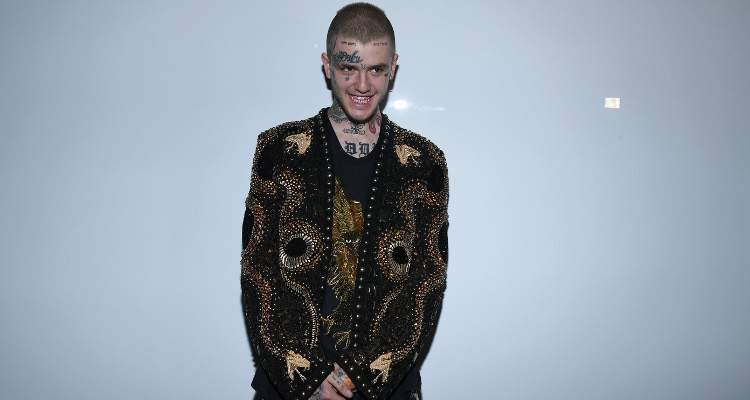 The world of rap is shocked to learn of the sudden passing of up and coming talent, Lil Peep. Although Lil Peep’s net worth hasn’t been calculated, he was famous for his not-so-run-of-the-mill lyrical style.

Lil Peep, an emerging young rap talent, is gone too soon. The young rapper became an Internet sensation for rapping about unconventional themes. He recently debuted his first album and was named a promising hip-hop star by industry experts. How did Lil Peep die? Find out about his cause of death, music, and viral rise to fame in Lil Peep’s wiki right here.

#1. He Was Inspired by Future

Born Gustav Åhr, this singer and rapper grew up in Long Island, New York. His father is of Swedish and German descent, while he gets Irish and German heritage from his mother.

Music was a big part of Lil Peep’s childhood. By his own admission, he grew up listening to different genres like emo, rock, rap, funk, and trap.

At first, the only music Lil Peep played was on his trombone. He learned to play the instrument when he was 12 and also played the tuba. He started making music when he was around 18 years old and posted it on YouTube and Soundcloud.

Lil Peep’s inspiration to make music his career came from rapper Future and said, “There was a point of time where I didn’t step out my house for two months. I was very reclusive and depressed.”

The young artist continued, “I was in the house and just listening to Future and music and it took me out of my bedroom, metaphorically. It inspired me to try it myself. I can kind of write songs for people so I thought why don’t I write my own songs.”

Lil Peep’s music is not what you’d expect from most hip-hop artists. His lyrics are about depression, drugs, witchcraft, and suicidal thoughts, and his music samples the rock genre. Fans might find it hard to believe, but Peep was reclusive as a child.

He confessed he came up with his revolutionary music style by combining his two favorite artists genres—hip-hop artist iLoveMakonnen and pop-rock band Fall Out Boy.

Lil Peep said, “My first year making music was very experimental. I was trying to find my sound. My second year I was more in my element, I knew what type of production I wanted to go over and the topics I wanted to address.”

Also Read: Lil Peep’s Girlfriend: Who Was Lil Peep Dating? Was He Bisexual?

Lil Peep’s foray into professional music began in 2015 with a few mixtapes and EPs that gained limited success. But in 2016, his mixtapes, Crybaby (June) and Hellboy (September), earned him breakthrough success. With the rave reviews, it was clear that 2017 was going to be Lil Peep’s year.

After announcing his debut full-length album on Instagram, Lil Peep released Come Over When You’re Sober in August this year. Lil Peep’s songs like “Awful Things” and “Problems” came to be known as “emo trap,” a genre exclusive to Åhr.

Lil Peep got together with other artists like Lil Tracy, Døves, Wicca Phase, Horse Head, and Cold Hart to form the supergroup, Gothboiclique.

While writing about substance abuse, past relationships, and suicide—generally uncommon themes in hip-hop—Lil Peep felt he was akin to a lifeline to other kids who are dealing with the same thing. He said that his music is there “to let people know they’re not alone.”

#3. He Had a Romance with Bella Thorne

With his rising career came a growing interest in his personal life and fans were probably curious to know if Lil Peep was dating anyone.

The rapper ended the speculation about his sexuality when the announcement was made on Lil Peep’s Twitter account, “Yes I’m bi sexual. [sic]”

He then offered a kiss to his fans.

There are no reports about Lil Peep’s girlfriend or relationships, but he did have something with former Disney starlet, Bella Thorne. The Famous in Love actress was seen packing the PDA with Peep just this September. Thorne recently broke up with another hip-hop artist, Blackbear, before being spotted with Lil Peep, but has since been dating rapper Mod Sun.

Peep you deserved more out of life. Life didn't do your greatness justice

#4. His Manager Broke the News

Lil Peep was scheduled to perform a show in Tucson, Arizona, when news surfaced that he died. He was performing as part of the promotion tour for his debut album, and the tour was supposed to conclude on November 17. So, how did Lil Peep die?

i'm hearing that @Lilpeep overdosed and is in the hospital.

A close friend of Åhr, Adam Grandmaison, tweeted that Lil Peep was in the hospital due to a drug overdose. Shortly after, Lil Peep’s manager, Chase Ortega, confirmed that the rapper passed.

Lil Peep’s cause of death hasn’t been revealed, but initial reports from Grandmaison’s tweet suggest drugs to be the cause.

I’ve been expecting this call for a year. Mother fuck