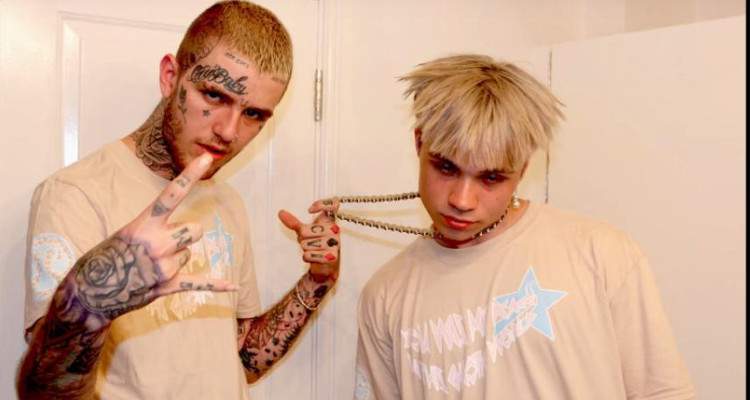 Lil Peep died on Wednesday, November 15, 2017, and official reports on his autopsy are still pending. However, a video taken by his friend, Bexey Swan, made it online and got him into trouble. The video is said to have been taken moments before Lil Peep’s death.

After the death of Lil Peep, a video that supposedly shows the rapper dead has gone viral. The video was filmed by Lil Peep’s best friend, Bexey Swan, and has caused outrage among fans. Swan is facing the brunt their anger on social media, prompting him to explain the video. Find out about the alleged Lil Peep dead video in Bexey Swan’s wiki right here.

#1. He Filmed Lil Peep Before He Died

Lil Peep, whose real name is Gustav Åhr, embarked on a tour for the promotion of his debut album, Come Over When You’re Sober. The tour was expected to conclude on November 17.

Lil Peep passed away before a show in Tucson, Arizona. While the official cause of death hasn’t been disclosed, it is suspected that he died of a drug overdose.

The night before the 21-year-old’s death, Swan posted a Snapchat video of Lil Peep. The hip-hop artist was seen sleeping in the tour bus, with his head thrown back and his mouth hanging open.

In the clip, Swan tells the camera, “Apparently Peep’s at the back of the bus doing press ups, sit ups, working on his six pack, his muscles… I’m going to see for myself.” The camera moves to another part of the tour bus where we see Peep’s seemingly lifeless body. But before the video ends, Swan is back in the frame and says, “Oh.”

(Warning: disturbing) Video shows Lil Peep moments after overdosing on tour bus. Bexey Swan says he was snoring in this video after backlash of people wondering why he didn't help. pic.twitter.com/zIBwXCzhj3

#2. Swan Is Accused of Inaction

The Snapchat video was falsely linked to Lil Peep’s final moments and has since gone viral on the Internet. People who have seen it mistakenly believe that Peep is dead or close to dying in the video. Trolls have lashed out against Swan for posting the video and accuse him of not saving Peep.

People believe that Lil Peep passed out from using drugs and wonder if Swan would have checked to see if he was breathing, he could’ve saved him. Swan’s social media has since been flooded with accusations that he let his friend die.

Others think that Lil Peep is already dead in the video and they have accused Swan of mocking the situation by filming it. The young musician has been targeted for apparently “laughing” at his friend’s corpse.

HE WAS SNORING, JUST FELL ASLEEP.

LIKE I WOULD LAUGH AT MY BROTHERS DEAD BODY, U SICK FUCK. https://t.co/BfXvvKC9Ls

Hours after news of Peep’s death broke, Bexey Swan took on the trolls who claim he laughed at his dead friend.

WARSAW WAS BEAUTIFUL.. THANK U FOR THE LOVE. BERLIN TOMORROW! SHOT BY : @HEAVYRAYN

Swan also lashed out against the “disgusting” accusers in another expletive-laden video.

Swan reiterated that when he filmed the video, Lil Peep was snoring away.

Although some refuse to accept Swan’s explanation, others have expressed their condolences for his loss. Many others have slammed the trolls for making up gross accusations against Swan, who lost a close friend.

Those putting blame on Lil Peep’s bro Bexey are actually disgusting. No one is to blame in a situation like this.. in fact y’all should be reaching out this guy making sure he’s okay if you have any idea how difficult it is to lose someone close to you @BEXEYSWAN pic.twitter.com/EoHJNn5hqB