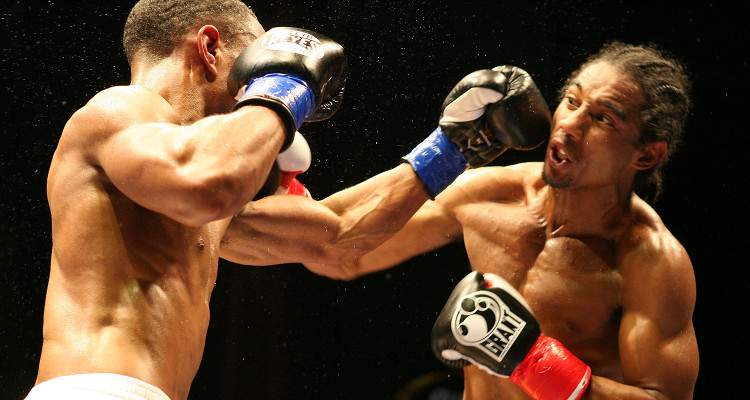 With allegations flying fast and thick, it’s difficult to ascertain what’s true anymore. However, R&B icon Lil’ Mo’s husband, Karl Dargan seems to be living happily with his wife and their two-year-old toddler, despite the nasty rumors about his sexuality flying around. Sharing his life on Twitter and making a successful career out of boxing, he seems to have his life sorted.

Amidst allegations of impregnating another unnamed woman and being gay, Lil’ Mo’s husband has been making headlines for all the wrong reasons. Whether or not they are true have yet to be seen and it seems the couple is paying no mind to the buzz. Read our Karl Dargan wiki to get more information about the boxer.

As a boxer, Karl Dargan was trained by his uncle, Naazim Richardson. He made his professional debut in 2007 and had a 17-1 record as of February 2015. He took to amateur boxing in 1992.

It was in 2005 that he won the PAL tournament, but lost to Anthony Peterson twice during the Olympic trials. But this was still an improvement from 2002, when he earned second position after losing to Lorenzo Reynolds at the National Golden Gloves. In 2007, he lost to Javier Molina, a younger player, at the U.S. championships. He was also at the Pan American Games in Rio de Janeiro to beat Myke Carvalho in the semi finals, and Jonathan Gonzalez of Puerto Rico during the final round of the welterweight final at Riocentro Sports Complex. He did not qualify for the 2008 Olympic trials, which pushed him to go pro.

Karl Dargan’s net worth is something that many fans want to know. However, he is not interested in sharing that aspect of his life, and once tweeted “Net worth only show how much U made from checks. Doesn’t let U kno how much CASH U made from shows and a walk thru #FACTZ [sic].”

Net worth only show how much U made from checks. Doesn't let U kno how much CASH U made from shows and a walk thru #FACTZ

Well, there were apparently a series of texts that seemed to suggest otherwise. However, they do not help Dargan’s reputation. He allegedly got an unnamed woman pregnant, but details about the situation are fuzzy and unconfirmed.

Meanwhile, Dargan shares practically everything from loving his wife, his tiffin box contents, basketball, and everything else on Twitter.

No matter what speculations surround them, Karl Dargan and Lil’ Mo are still happily together.