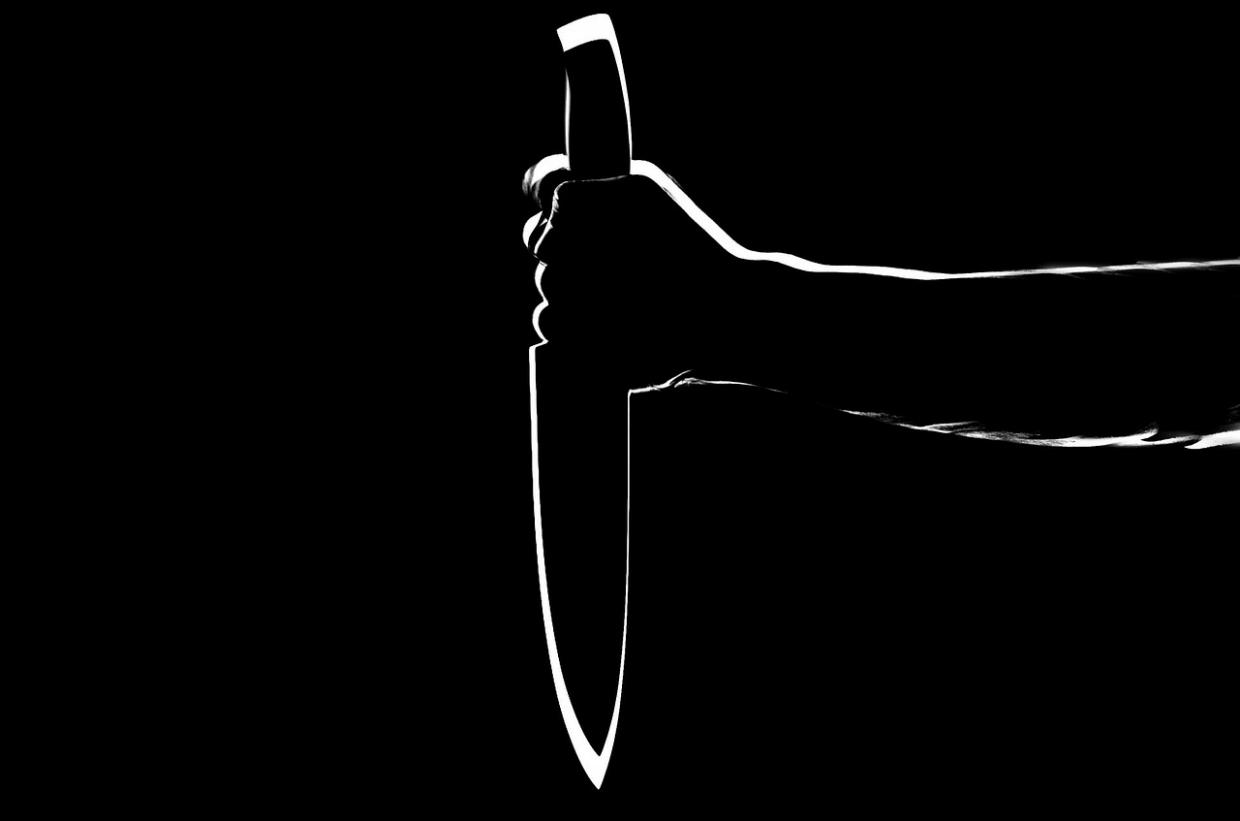 Lifetime Movies’ latest addition, Terror in the Woods, is making people question children’s safety on the Internet. Although it can be a dark and scary place, the Internet has an amazing wealth of information from which kids can learn. But this film focuses on a far more twisted scenario. Terror in the Woods will air on October 14, 2018 at 8:00 p.m. EST. But before the film premieres, read up on the details of the Terror in the Woods cast and plot here!

Terror in the Woods’ Plot

Two 12-year-old best friends, Rachel and Kaitlyn, are shy by nature. They reside in a small town in Georgia.

Like many kids their age, the girls love to go for sleepovers at each other’s house and spend their free time on the Internet reading scary stories. Who isn’t curious about scary stuff at that age, right?

However, Rachel and Kaitlyn’s favorite scary story on the Internet is that of Suzerain, a clawed monster who tempts kids to his palace in the forest. To their families, it looks like a harmless spooky story.

But the girls feel that Suzerain is real. They believe that he will come after their families if they don’t do what he asks them to, which is to make a blood sacrifice.

So, to save their family, Rachel and Kaitlyn decide to kill their friend, Emily. They lure her into the woods and stab her with a pair of scissors. (Pretty messed up, right?) Luckily, Emily is saved by a passer-by and survives the brutal attack.

The police arrest Kaitlyn and Rachel and an investigation begins. The investigation sheds light on Internet use and the mental state of the girls.

Did Kaitlyn’s parents, Dani and Nathan, and Rachel’s mother, Jackie, know about the girls’ obsession with the fictional horror character? Is the dark side of the Internet to blame for their actions or is it the state of their mental health?

Watch the movie to find out if there was anything that could have stopped the hold Suzerain had over Kaitlyn and Rachel!

Is Terror in the Woods Based on True Story?

Lifetime Movies’ Terror in the Woods is inspired by true events, according to the network’s website. It appears the movie is based on the Slender Man stabbing incident, which took place in Waukesha, Wisconsin a few years back.

The terrifying real-life incident took place on May 31, 2014, when two 12-year-olds, Morgan Geyser and Anissa Weier, took their friend, Payton Leutner, into the woods and stabbed her a total of 19 times.

Their reason for doing this was to impress Slender Man. He’s a fictional supernatural character that originated as a creepypasta Internet meme created by Something Awful forums user, Eric Knudsen (also known as “Victor Surge”) in 2009.

Thankfully, Leutner survived the attack and crawled to a road where she was discovered by a passer-by. She recovered from the brutal attack after spending six days in the hospital.

The case was tried but Geyser and Weier were pronounced “not guilty” by reason of insanity. However, both girls were convicted and sentenced to live in mental health institutions in February 2018.

Weier was sentenced to 25 years while Geyser was slapped with a maximum of 40 years.

Geyser and Weier came across the fictional Slender Man on a website. They later confessed that they thought he was real and wanted to prove their loyalty to him so that he wouldn’t harm their families.

According to the reports, both girls were convinced that the lives of their family members would be spared if they killed someone. So, they targeted their friend and schoolmate Leutner after a sleepover.

Terror in the Woods’ Cast

Ella West Jerrier is the daughter of Jay Jerrier, the owner of Cane Rosso restaurant. Her family opened a dog rescue charity located in Texas, and the young actress is an animal lover who has nine dogs.

Sweet ending to a busy weekend in New York!

The 12-year-old actress is also an award-winning dancer. She’s been dancing since the age of two and has taken part in jazz, ballet, hip-hop, and musical theatre competitions.

This young actress comes from a family of artists. Her mother, Tara Jones, and sister, Ariel Jones, are both actresses.

Skylar Morgan Jones is a former child model. She was voted the “Cutest Kid of the Year” by Child Model Magazine in 2015.

Until you spread your wings you will have no idea how far you can fly! #goafteryourdreams #workhardforit #godhasbigplansforyou #believeit

She is known for her work on Dynasty, The Vampire Diaries, and many short films, like the award-winning iGirl (2015). She was even nominated for a Best Actress Award for iGirl at the Toronto Film Festival and received the Rising Star Award from the New York International Film Festival.

Sophie Grace is a 12-year-old actress, and Terror in the Woods is her first film. Although she was both nervous and excited at the audition, the casting directors were impressed by her and decided to cast her in the film.

If you haven’t yet watched the Terror in the Woods’ trailer, you can do so by clicking on the link below.

Also, let us know your opinion on the growing concern of kids using the Internet for all the wrong reasons in the comments section below!

Also Read: Is Lifetime Movies’ “The Girl in the Bathtub” Based on a True Story?