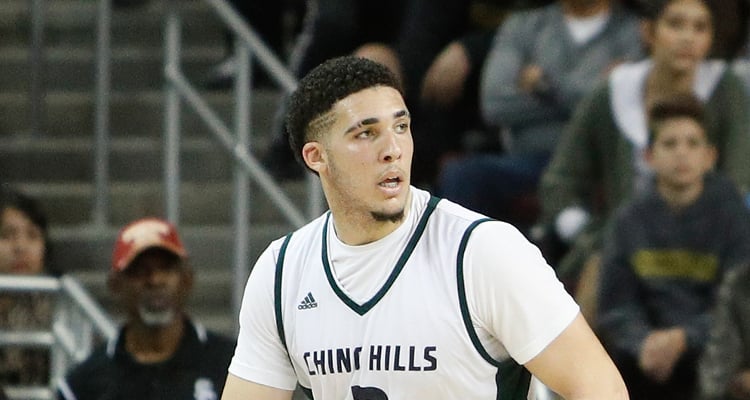 LiAngelo Ball went with his UCLA teammates for the season opener in China, but wound up getting arrested for allegedly shoplifting from a premium store. While details of the incident are yet to come out, reports indicate that the Chinese police are confident of their case against Ball and the two other players accused.

Three American college basketball players found themselves arrested in China after being accused of shoplifting. LiAngelo Ball, Cody Riley, and Jalen Hill have reportedly been arrested by Chinese authorities on charges of shoplifting. According to a source, police came to the team’s hotel in Hangzhou early Tuesday morning and apprehended the student athletes, who were not allowed to speak to their coaches. What did LiAngelo Ball steal? Here is everything we know about what happened to LiAngelo Ball and details from LiAngelo Ball’s wiki.

Basketball is in His Genes

Born on November 24, 1998, in Anaheim, California, to Tina and LaVar Ball, LiAngelo Ball’s age is 18. His two brothers, Lonzo and LaMelo Ball, are also talented basketball players. LiAngelo is a swingman who plays for UCLA’s 2017 recruiting class. He played for Chino Hills High as a shooting guard where he averaged more than 27 points per game. His strong social media presence earned him over 1.7 million followers on Instagram.

Built For This.. #TheHills ?

Ball and two of his teammates are being accused of stealing sunglasses from a Louis Vuitton store near their hotel. Chinese police are positive that the CCTV cameras will have adequate proof that the players shoplifted. The players are taking matters seriously with a source saying, “They weren’t messing around. The kids were scared.”

Though the accused are American citizens, they will likely be subject to Chinese laws. The American embassy can help to some extent, but there is only so much that they can do. Though the players have since been released on bail, there is a good chance that the matter will go to court and Chines authorities might seek three to 10 years imprisonment.

According to The Washington Post, Chinese prosecutors have a conviction rate of 99.9% and nearly everyone who is convicted is sentenced. This is discouraging news for three families involved, especially as each player has a promising career that could end if they are found guilty. An international sports tour where they were supposed to get more professional exposure turned into an unimaginable situation.