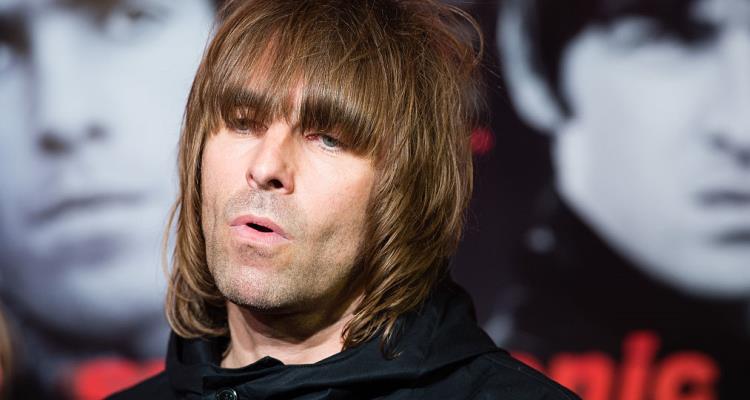 Who is Liam Gallagher? Well, you may not know him by that name but if you’ve heard of Oasis, then it might ring a bell. The rock star released a new song and has a few new things going on in his life. So if you want all the details, and some information on Liam Gallagher’s net worth, what he’s up to, and more, then have a look at our Liam Gallagher wiki.

Liam Gallagher was born William John Paul Gallagher on September 21, 1972 in Burnage, Manchester, United Kingdom. Liam and his brother, Noel were born to an Irish couple named Peggy and Thomas, but Thomas was an abusive father growing up. Since his father was violent towards the family, his mother moved them out when Liam was just 12 years old.

Liam Gallagher’s brother and himself started the British band called Oasis and in 1994, the band had their first tour, with their debut album Definitely Maybe. Aside from hits like “Wonderwall,” the band was known for their famous sibling rivalry and it tore them up on more than one occasion. Noel quit the first Oasis tour in 1994, when the band was allegedly high on crystal meth, which led to Liam hitting Noel with a tambourine. He later joined the band after he cooled off in Las Vegas, according to RollingStone.

The Gallagher brothers made hits well into the 2000’s, but Noel left Oasis for the last time in 2009. After a war of words and allegations of Liam missing a show because of a hangover, a lawsuit ensued, and it might have been what set the boys over the edge. Tensions between them rose, resulting in a backstage fight at a show on August 28, that year. Their subsequent shows were cancelled that day, as their manager released a statement saying the band “does not exist anymore.” Noel, too, released his own statement saying, “It is with some sadness and great relief…I quit Oasis tonight. People will write and say what they like, but I simply could not go on working with Liam a day longer.” Ouch!

For the chance to win a pair of tickets to the NYC secret show tomorrow, @ tag the person you’d like to bring in the comments. Nine pairs to give away. . . . Winners must be 21+ and will be contacted by 10am ET tomorrow

Fast-forward to the Manchester terrorist attack when the brothers were signed on to help with the benefit concert, but things did not go as planned. The brothers were at it again, as Liam called out his brother on Twitter for not showing support, also calling him a “sad f—k.” The concert organizers defended Noel, and didn’t want any part of their family feud saying, “Neither Noel nor Oasis were ever going to perform. … Let’s keep the positivity please.”

Who is Liam Gallagher’s Girlfriend?

Liam Gallagher’s ex-wife is Patsy Kensit and they were married from 1997-2000. He then married Nicole Appleton from 2008-2014, until they later divorced. Liam has four children by four different women: Gene, Lennon, Molly and Gemma. But at the moment, the solo artist reportedly isn’t dating anyone.

The As You Were singer recently debuted his new song “Eh La” at a secret gig in New York City. Liam Gallagher’s U.S. tour is now in progress and he has recently toured Europe these past few weeks. He also took to Twitter in a brief rant about how he was asked to show I.D. in order to buy cigarettes! To be honest, we can’t imagine why he was carded in the first place—he’s 44 years old, and frankly, he looks like it! Maybe they do things differently across the pond, but either way, we’re sure his tour bus is stocked with all the cigarettes he can carry. Just don’t expect his estranged brother Noel to make a surprise appearance on stage–there’s a good chance that the Gallagher brothers are still in the middle of their famous never-ending feud!