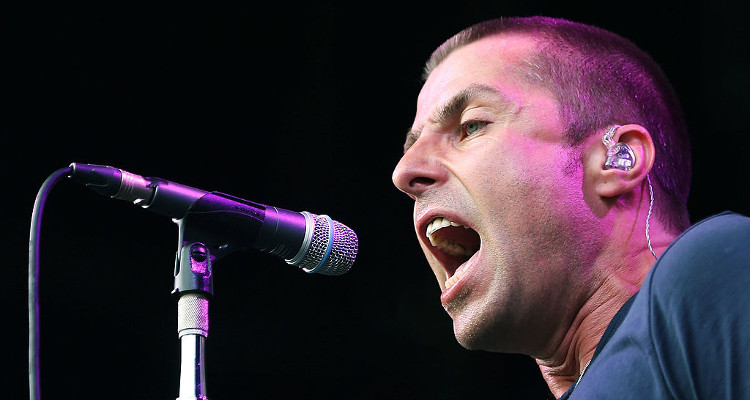 Liam Gallagher’s life was a mess before his personal assistant, Debbie Gwyther, took charge of the situation. She made him see the light and pushed him to start living healthy. That meant less alcohol and lots of running in the morning. Gallagher credits Gwyther with turning his life around and bringing him to his senses. Gwyther had worked as a publicist and music manager before becoming Gallagher’s girlfriend.

Trust a Gallagher to make news yet again. Only this time, the claims made against him are not pleasant.

Liam Gallagher, the ex-lead vocalist of the legendary band, Oasis, has been accused of grabbing his girlfriend, Debbie Gwyther, by her throat in August 2018 when the two of them were at the celebrity haunt Chiltern Firehouse in London, England.

Even though the CCTV footage of this incident has been leaked to the media, the couple has been denying that Gallagher hurt Gwyther in any way.

While Debbie Gwyther, age 36, insisted that the couple were “just messing around,” Gallagher has denied that he “ever laid a hand” on her.

Now, the singer back in the limelight, and Gwyther has been dragged into it as well. And, of course, people are curious to know more about her, so here are some details from Debbie Gwyther’s wiki.

She Used to be Gallagher’s Personal Assistant

Debbie Gwyther is a music manager. She has been Liam Gallagher’s girlfriend since 2014, even though she knew him earlier.

Gwyther began working as Gallagher’s personal assistant in 2013 after putting in some time as an artist manager at the London firm, Quest. She has also worked as an executive at Fear PR.
She studied at The John Henry Newman School before beginning her professional career.

Her mother is named Elaine Gwyther, and she also has a twin sister named Katie Gwyther. She is also a publicist and has worked at several music labels such as Warner Music Group Corporation and Sony Music Entertainment.

She Started Dating Liam Gallagher in 2014

Debbie Gwyther began dating Gallagher after his marriage with Nicole Appleton ended in divorce in 2014.

She has been held responsible for getting Gallagher’s life back on track after the breakup of his two bands, Oasis and Beady Eye, and his estrangement from his elder brother Noel Gallagher.

A Tough but Effective Taskmaster

Gwyther got Gallagher to start taking care of his health after he had been wasting away, getting drunk regularly and living a chaotic lifestyle. She got him to wake up early every morning at 5:00 a.m. and run for seven miles to get his body back into shape.

Gallagher was very appreciative of Gwyther’s contribution to improving his health and getting back on track and spoke about her candidly to the media. In his interviews, he boasted about how Gwyther was his soulmate and how well he was looking after her.

Liam Gallagher Speaks Fondly of Her

Gallagher said that he started each day by making coffee for her and said, “I iron her clothes too,” and added that Gwyther was “f*****g top” and also knew how to party.

He also said, “She [Gwyther] is more hardcore than me. When she goes, she goes. I’m old now, I’m like, I think I’ll get off and leave her to it.”

Gallagher even recalled, “She was a breath of fresh air, man. She sorted me right out. Me and her like to do the same things, like having a drink. We like having a laugh.”

When asked if he would marry her soon, Gallagher said: “We’ve talked about marriage. Who knows? Third time lucky. I never say never.”

She Is a Good Influence on Liam Gallagher

We ❤️ you Venice x

After hearing and seeing how Gallagher allegedly grabbed Gwyther’s throat, people are wondering what happened to their relationship, which seemed to be working out so well.

Since both Gwyther and Gallagher deny that there was any trouble in their relationship, we can only assume that the lovebirds are still together.

And, if there is anyone who can make Liam Gallagher live a healthy and fruitful life, it’s Debbie Gwyther!