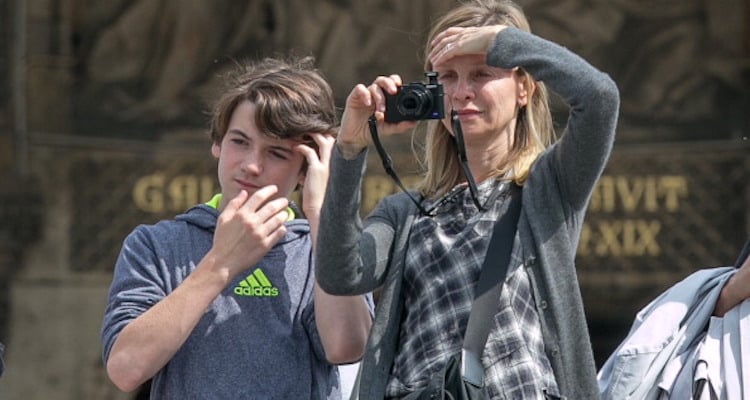 Calista Flockhart’s son, Liam Flockhart, is now a full-fledged teenager and has grown up before our eyes. Liam Flockhart and Calista Flockhart are the cutest mother-son duo, and we love seeing the pair out and about—whether it’s on vacation or just a casual movie, we can tell they have a real bond. Calista is an actress, best known for her roles in Ally McBeal, Brothers & Sisters, and more recently, Supergirl. Back in 2001, a 36-year-old Calista adopted Liam, age 16, when he was less than a year old.

When she initially announced the adoption, she told ABC News, “I have always wanted to adopt a child and I am overjoyed that I have been blessed with a beautiful and healthy son. I’m completely enchanted and awe-struck.” She added that she still hoped to give birth someday, and may adopt another child as well. Approaching her 53rd birthday, she might not give birth to a sibling for Liam, but can always adopt another child. Flockhart was acting in Ally McBeal at the time of the adoption, but was lucky enough to have the network fully support her new role as a mother. “I feel extremely fortunate and grateful that I work for such a supportive company that offers a wonderful child-care facility, enabling me to spend a lot of time with my son while I’m working,” she said. Liam has grown up since spending days on set with his mom, so what’s he up to now?

Who Is Liam Flockhart Dating?

Liam seems to be having a pretty normal childhood, despite the intense fame of his parents. As for dating, we’re not completely sure who Liam Flockhart’s girlfriend is—it doesn’t help that Liam Flockhart Instagram’s is missing in action. We wouldn’t be too surprised if his lack of social media and overall online presence is kept to a minimum to protect his privacy, but we’d love to see pics of Liam Flockhart every now and then. There are the occasional paparazzi shots from outings with his parents —which are adorable, might we add— but getting to see some more of his life would be totally interesting. What does the son of Calista Flockhart and Harrison Ford live like? Guess we’ll never—or have to wait—to know.

Flockhart keeps a pretty low profile, and isn’t seen in the media much—which is shocking since he has such famous parents. Liam Flockhart’s father, or adoptive father at least, is Harrison Ford. Ford met Liam’s mother at the 2002 Golden Globes when Liam was just a few months old. Hollywood Life reported that Ford said, “I think Liam was about 6 or 8 months old when I met him and Calista.  We have been together ever since.” The three hit it off, with Ford and Flockhart  getting engaged over Valentine’s Day weekend in 2009. They got married in June 2010, with an elegant ceremony in Santa Fe.

Harrison Ford has four other children, the oldest being 49 and the youngest (other than Liam) being 27. At 75, and after raising four children, some would think he’d be ready to relax and enjoy and a kid-free life—but they’d be totally wrong! There’s nothing Ford enjoys more than spending quality time with his youngest son. “On the weekends, I do whatever Calista and Liam want to do. We’ll take a couple of hours on Sunday morning to go motorcycle riding [or] go for a hike. I just made a birdhouse with my son,” he said.

It’s clear Liam has a great relationship with his parents—here’s to hoping we see more of him on social media in the future! 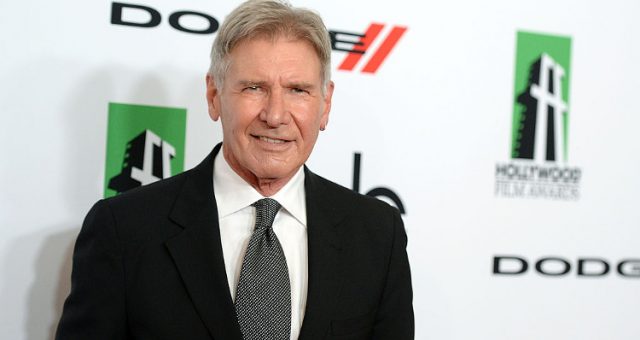