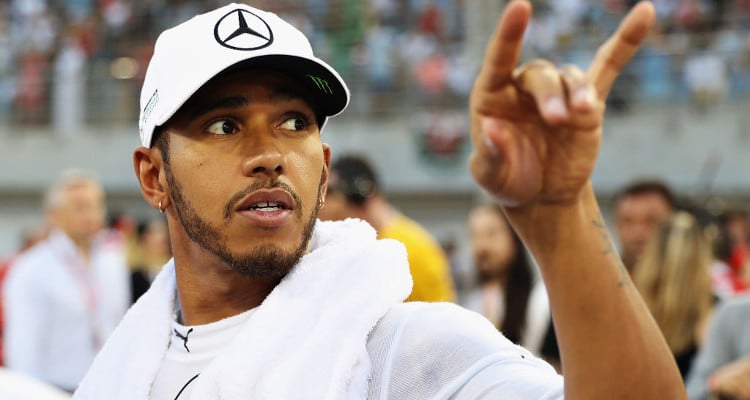 It’s no surprise that celebrities have the cream of the crop when it comes to cars—after all, there’s nothing money can’t buy. But when you’re a champion Formula One driver, it’s almost expected that the car you drive off of the track would be just as insane as the one you race with. Well, judging by his recent Twitter post, Lewis Hamilton does not disappoint.

Lewis, the 2014 Formula One World winner, shared a throwback photo of himself “enjoying the view” with the love of his life—his purple 2013 Pagani Zonda 760 LH. The “LH” stands for “Lewis Hamilton,” as in the car was commissioned and built especially for him. Its design is said to be based on a previous model that was constructed for a Chilean businessman.

Hamilton has shared this picture of his car before, but people are still fascinated with it, and it’s not hard to see why.

Not surprisingly, the 760LH is just one of the many unbelievable cars in Lewis Hamilton’s collection. Earlier this year, he spent $1.5 million on Ferrari’s limited edition LaFerrari, a hybrid that can go from 0 to over 120 mph in about seven seconds with a top speed of more than 217 mph.

Hamilton also presumably still has his red Mercedes SLS Black Series, an older white SL Black Series, his red custom-built Shelby GT500CR (also red), and two original 427 Cobras. And that’s all on top of his private jet, a sleek Bombardier CL-600 in candy red. In case you were wondering, Lewis Hamilton, 30, has an estimated net worth of $220 million, with an annual income of $40 million.