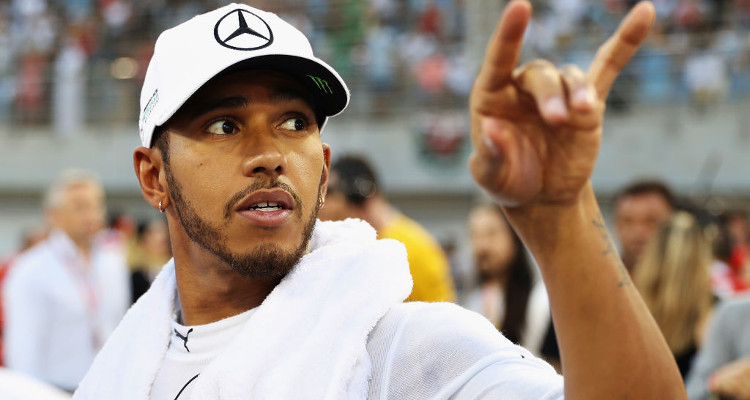 There’s just something about English men that makes them helplessly irresistible and hopelessly attractive. Whether be it the exotic accent or the impeccable poise —these men have the right genes to make women weak in the knees! And one such handsome Englishman is Lewis Hamilton. The Formula One racer has romanced a string of beautiful ladies, mostly lasting for brief periods of time. Now with supermodel Winnie Harlow being Hamilton’s ex-girlfriend, who is Lewis Hamilton’s girlfriend in 2017?

Lewis Hamilton is a British Formula One racecar driver from England, currently racing for the Mercedes AMG Petronas team. He has won the Formula One championship three times between 2008-2015. And as fast as he drives cars, Hamilton is equally speedy when it comes to dating women! So, the question of the hour is: who is Lewis Hamilton dating currently? Let’s find out!

@tommyhilfiger denim campaign out now.. link in their bio ⚡️#hilfigerdenim

Last year, Lewis Hamilton’s girlfriend was the beautiful model, Winnie Harlow. The 22-year-old stunner was seen partying with Hamilton in New York. The couple kept their relationship a secret for three months before the paparazzi finally spotted them. They arrived together at Kanye’s Yeezy 4 collection fashion show last year, and also left the GQ Men of the Year awards bash holding hands. Harlow even attended Hamilton’s Grand Prix party in London in July 2016.

Sometime around May 2016 and before Winnie Harlow happened, Hamilton had an “encounter” with Barbara Palvin. Lewis Hamilton met the former Victoria’s Secret model at a L’Oreal Paris’ Red Obsession party. The two hit it off and were seen enjoying romantic boat rides together in Venice.

This one was a “hot hot” fling. In July 2015, Hamilton was quite close to pop star, Rihanna. The Formula One ace was very much smitten by RiRi’s beauty and sense of humor. The beautiful couple grew close at the Met Gala in New York in 2015 and just like that they separated in September that year. The two looked absolutely perfect together —we wonder what went wrong?

This one was love for Lewis Hamilton. Singer Nicole Scherzinger dated Hamilton in June 2008. Ever since, the couple had a turbulent romance. Their on-again off-again relationship was well documented by the tabloids. After seven years of trying to make it work, both stars gave up and in January 2015, they called time-out on their relationship. Hamilton had invested the most time in this relationship. Post-separation, both asserted that career commitments and demands were the main reasons for separation. They are good friends now.

Hamilton’s fascination with beauty isn’t a secret to the world. Whether it’s cars or women, he just loves a top-class beauty! And that is evident if you’ve see Vivian Burkhardt, a Miss World 2007 aspirant. Before his serious relationship with Nicole Scherzinger, Hamilton had a casual relationship with Burkhardt. He met her in February 2008 in Grenada, and the two immediately hit it off. The couple was a public item before it ended in April 2008.

In 2007, Lewis Hamilton was “chilling” with Sarah Ojjeh for a brief period of time. They were snapped cuddling in the French Riveria. Not many would know her, but Sarah Ojjeh is the daughter of former owner of TAG Heuer watches. He also partly owns the McLaren Formula One team —Hamilton’s former team.

Finnish model and crowned Miss Finland 2013, Lotta Hintsa was also one of the pretty ladies who dazzled Hamilton. Although their romance was short-lived, the two were quite cozy with each other once upon a time!

Among the high-profile names, there is one in particular who took Hamilton’s breath away; Jodia Ma. A Hong-Kong city girl, Ma and Hamilton met while they were students at the Cambridge Arts and Science College.

Back when Hamilton was trying to make it big on the race track, he had a fleeting romance with Danielle Lloyd, former Miss England and Miss Great Britain. They met at a party and they could immediately sense a spark between them. The couple went out for some time, but living in different cities —she lived in Liverpool and he lived in London— made things a bit complicated.

Between May 2015 and August 2015, Hamilton was rumored to have an encounter with Kendall Jenner. Although neither confirmed the news, they were seen hanging out a lot after meeting at the F1 Monaco GP, 2015.

Just before Jenner and Hamilton allegedly dated, Hamilton was “supposedly” hanging with Gigi Hadid, Kendall Jenner’s bestie! The two met and giggled at the amFAR Gala Cannes in 2015.

Excited to be returning as the face of @stuartweitzman spring '17 with the one and only @mariotestino 📸♡♡♡!!! It was a fun one 👟🎧 #inourshoes #ad

Also Read: Who is Kerris Dorsey? 3 Facts to Know about Dylan Minnette’s Girlfriend

The Formula One champion wooed Czech beauty, Petra Nemcova, after they met while filming for a Mercedes commercial. The hot couple was photographed outside a Berlin hotel in April 2016.