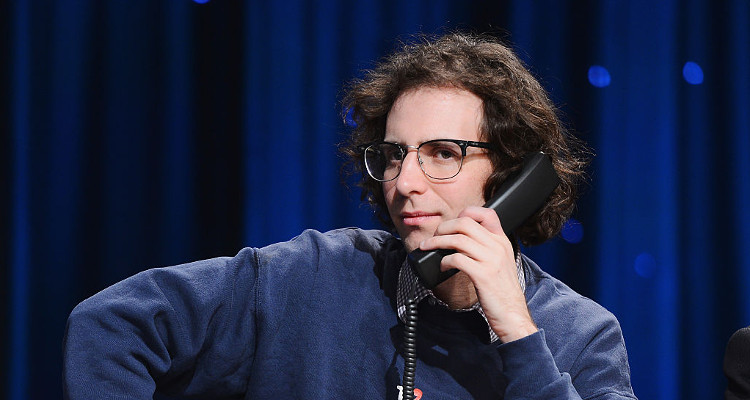 Kyle Mooney is a real comedic talent as evident from his hilarious performances on SNL, and pretty much everything he’s been in. He now has a modest net worth of $600,000 and a terrific reputation as a creative artist.

With her rise after a terrific performance in the Ghostbusters remake, people have taken notice of Leslie Jones. The comedian and actress is a cast member and writer on Saturday Night Live. Who is Leslie Jones dating? After the latest episode of SNL, people hoped it would be Kyle Mooney, the actor, comedian, writer, and co-founder of sketch comedy group, Good Neighbor. So, are Leslie Jones and Kyle Mooney really dating? Well, as far as we know, there is currently an opening to be Leslie Jones’ boyfriend, so it doesn’t look like the two are actually together. Mooney’s man-on-the-street interviews have been aired on Jimmy Kimmel Live! and Sports Show with Macdonald. Keep reading for everything you need to know from Kyle Mooney’s wiki.

An Aptitude for Comedy

Kyle Mooney, age 32, was born on September 4, 1984, in San Diego, California, to Linda Kozub and Brian Mooney. His Marshall Middle School class chose Mooney as the person most likely to become a TV star, and he won the Best Actor award at school after playing Prospero in Shakespeare’s, The Tempest. He went on to study film at the University of Southern California.

Stealing the Show on SNL

In 2007, Mooney formed the sketch comedy group, Good Neighbor, with two friends from university. After receiving accolades for his work, Mooney joined SNL in 2013. He brought some of his notable YouTube characters to SNL like his person-on-the-street interviews, Chris Fitzpatrick, Todd from Inside SoCal, and Bruce Chandling. While on SNL, he imitated and lampooned Pope Francis, Rand Paul, Lincoln Chafee, and Pat McCrory.

Mooney acted in several films like Playing it Cool, Me Him Her, Zoolander 2, Neighbors 2: Sorority Rising, and Brigsby Bear. He also appeared on TV shows like Parks and Recreation, Best Friends Forever, Hello Ladies, Comedy Bang Bang!, Drunk History, and Hot Package. The comedian was also featured in web series and shorts like The Roommate, Bad Reputation, College Humor Originals, Epic Rap Battles of History, and D & K Podcast. Kyle Mooney’s net worth is a modest $600,000, but is sure to rise as his success grows.

Questions of Kyle Mooney dating Leslie Jones were raised after they were in a skit portraying a reality-show type documentary about their not-so-happy secret marriage. In reality, Mooney is a collector of VHS tapes (remember those?) and has been since he was a child. He has bookcases full of VHS tapes and loves to get them autographed by each film’s stars. One of his most prized tapes is Beetlejuice, which was signed by both Michael Keaton and Alec Baldwin.