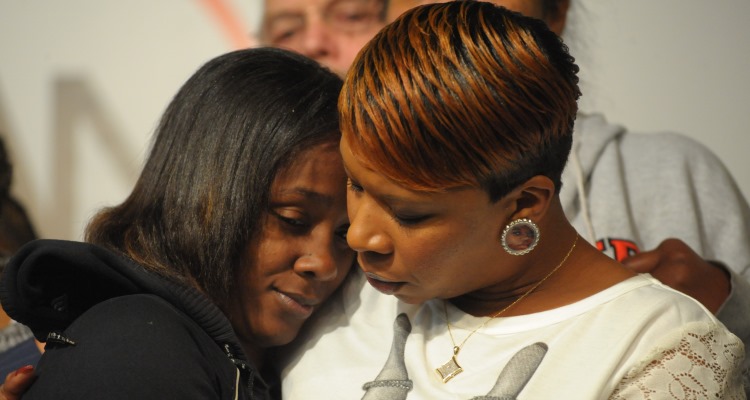 Now that the Republican National Convention is over, Democrats are taking over this week as day two of the Democratic National Convention (DNC) continues at the Wells Fargo Center in Philadelphia. Along with speeches from former President Bill Clinton and presidential nominee Hillary Clinton, Michael Brown’s mother, Lesley McSpadden will also be speaking today. This news has prompted many to search for terms like, “Michael Brown mother DNC,” in order to get more information. So, in order to get you prepared for McSpadden’s speech, here are some interesting facts you need to know.

Mothers of the Movement

McSpadden, 36, will be speaking at the DNC today in a segment titled, Mothers of the Movement. This part of the program consists of mothers (like Maria Hamilton, Trayvon Martin’s mother) who lost their children to unjust and criminal acts of violence, perpetrated by police officers. Hillary Clinton and First Lady Michelle Obama have both made strong stances on creating a better world for children. They expressed the importance on a present and future, fit for all children to grow up in.

This isn’t the first time that McSpadden has spoken publicly about the brutality against black youths. McSpadden spoke to the U.N. committee at a Human Rights conference in Geneva, Switzerland, requesting intervention on the unjust killing of her son. She also asked for the arrest of Darren Wilson, the officer that shot the 18-year-old Brown to death in Ferguson, Missouri.

As many may remember, McSpadden was featured in Beyoncé’s Lemonade video, holding a picture of her son. The video showed clips of the mothers who had lost their children to the senseless killings at the hands of police brutality.

If you look up “Michael Brown mother arrested for armed robbery” in Google, you will learn that McSpadden was accused of allegedly being involved in an armed robbery of a store a while back. No charges have been laid to McSpadden as of yet, but she has not let any false accusations stand in the way of her advocacy.

She Wrote a Book

In her autobiographical book, Tell the Truth & Shame the Devil, McSpadden chronicles her life and the death of her son. She details her experience and great pain in detail. The Michael Brown video is still circulating online, reliving the horror of that day and the lack of care taken with Brown’s body.

Though she is one of the faces of civil rights today and widely known in the black community for her efforts, McSpadden said in a CBS interview that she doesn’t view herself as an activist.

“I just don’t look at myself as being an activist or any of those things people try to label me as,” McSpadden said. “I’ve always just wanted to be treated fair and equal, and that’s what I’m fighting for, for my son right now.”