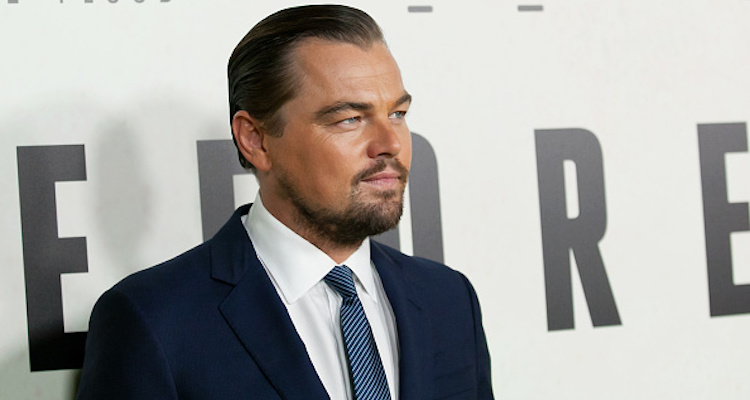 To Leonardo DiCaprio, the environment is one of the most important things in the world, which is why it’s no surprise to anyone that he appreciated late filmmaker Rob Stewart’s work. The Oscar winner has been very vocal about the state of the climate and the dangers that face the planet, encouraging others to be aware and to be active in this cause.

Leonardo DiCaprio and Rob Stewart had similar values when it came to our planet and the Oscar-winning actor found a way to pay tribute to the late filmmaker. A couple weeks ago, Rob Stewart died while diving in Florida and his body was recovered days later by a rescue team. In honor of Stewart and the arrival of World Wild Life Day on March 3, the actor and environmentalist took to Instagram to pay tribute.

“Rob Stewart dedicated his life to saving sharks and ultimately sacrificed his life while filming one of the most endangered of all shark/ray species, the SAWFISH. Rob was so excited to have the chance to film Sawfish, as these distinctive sharks have all but disappeared from our oceans. This is our chance to pay tribute to all that Rob did in service to the cause, and to help carry his work forward. Vote for sawfish and add your voice in support of Rob’s legacy!” 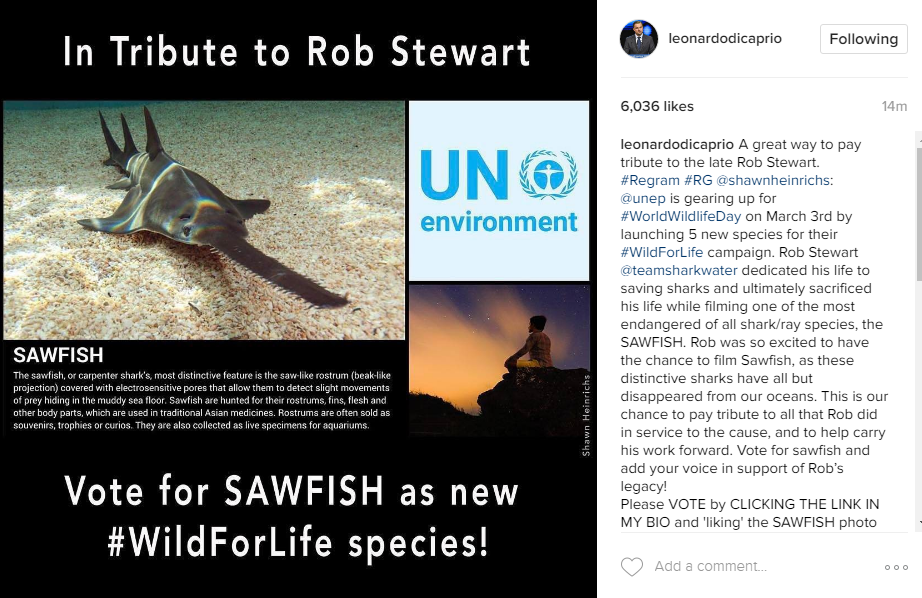 DiCaprio also urged his followers to vote for the sawfish as a new #WildForlife species.