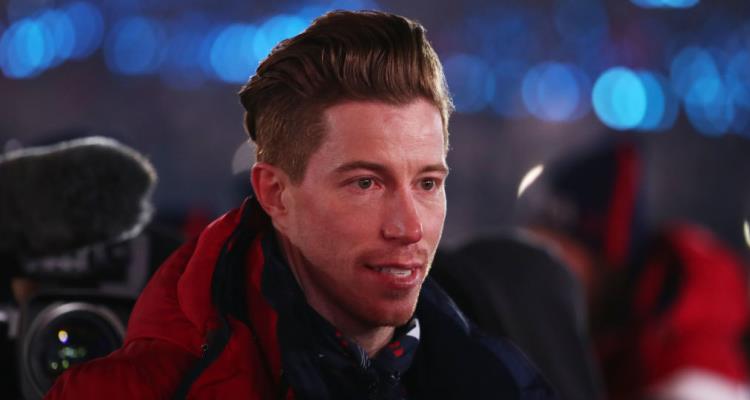 Snowboarder Shaun White has bagged another gold medal at the 2018 Winter Olympics held in Pyeongchang. However, his victory alone is not enough to hide the sexual harassment claims made against him by Lena Zawaideh. And now, Shaun White’s accuser is the talk of the town. Get the full scoop below, along with details from Lena Zawaideh’s wiki.

Lena Zawaideh spent her childhood in Carlsbad, San Diego. Initially, she thought that she would attend Harvard Medical School. But instead, Zawaideh fell in love with playing drums.

Start to Her Career

For a long time, Zawaideh was in several bands, including a heavy metal band with her brother. But Shaun White’s band, Bad Things, gave her career a big break.

In an interview, Zawaideh revealed, “I mainly write like vocal melodies but it’s not like one main person. I love writing vocal melodies. There’s just different styles to everybody.”

Shaun White, Anthony Sanudo, and Lena Zawaideh grew up together and were friends. After working with them for a few years, Zawaideh was fired from the band in 2014. She further claims that they didn’t pay her for some of her work.

Two years after she was fired, Zawaideh filed a case against White alleging that he sexually harassed her while she was working with them in the band.

Zawaideh alleges that White used to send her videos and photos of male genitalia. She also states that White “forced her to watch sexually disturbing videos, including videos sexualizing human fecal matter, and made vulgar sexual remarks to her such as, ‘Don’t forget to suck his b**ls!’ when commenting on her boyfriend.”

Reportedly, White would often show her offensive, pornographic videos because he knew that Zawaideh didn’t like them. The lawsuit further states that White once yelled and asked, “Hey, have you seen this video?!” then he showed her a video “of a couple killing a bear and then having sex on top of it.”

Demanded Her to Get a New Haircut

In the same lawsuit, Zawaideh alleged that White asked her to get a new haircut and wear revealing clothes. However, Zawaideh didn’t agree to cut her hair, which resulted in White demeaning her in many interviews.

Initially, Zawaideh was suing White for $42,000 in back payments. But now, she’s also suing him for punitive damages.

The lawsuit also accused White of trying to kiss her at a Halloween party, but she refused his advances.

A statement issued by White’s attorney read, “Many years ago, I exchanged texts with a friend who is now using them to craft a bogus lawsuit. There is absolutely no coincidence to the timing of her claims, and we will defend them vigorously in court.”

She Described Shaun White as “Strange”

In an interview, Zawaideh revealed, “Shaun took some kind of joy in seeing how much he could break me down and mess with me. I don’t know why, but every time he saw that I was uncomfortable with something, he would just keep going just to be like, ‘Can I break her?’ That’s not acceptable for an employee, which I was. Contractually.”

Zawaideh was just 16 years old when she started working with White. She said that his behavior was strange from the very beginning.

Her New Life with the Band, NightPulse

Lena Zawaideh moved on with her life musically. She is now a part of another band called NightPulse.

Zawaideh explained how the name of the band came about and said, “The name reflects my sound. ‘Night’ expresses the dark and moody qualities. ‘Pulse’ is the dancey rhythmic element. They’re conflicting ideas, but they blend together beautifully.”

Zawaideh is passionate about music and everything related to drumming and said, “Drumming is my lifeblood, but there’s only so much you can express through rhythm alone. While I was in the group, I started learning music production software like Ableton and Logic. After the band broke up, I finished my degree, and I spent a year writing and producing nonstop.”

When she filed a lawsuit against White two years later, Zawaideh’s lawyer explained that it took two years because they were avoiding problems with statutory limits.

Zawaideh explained that she filed a case against him because she does not want to sit by and watch him treat other women the way he treated her.

Head over to Lena Zawaideh’s Instagram to take a look at some of her work.