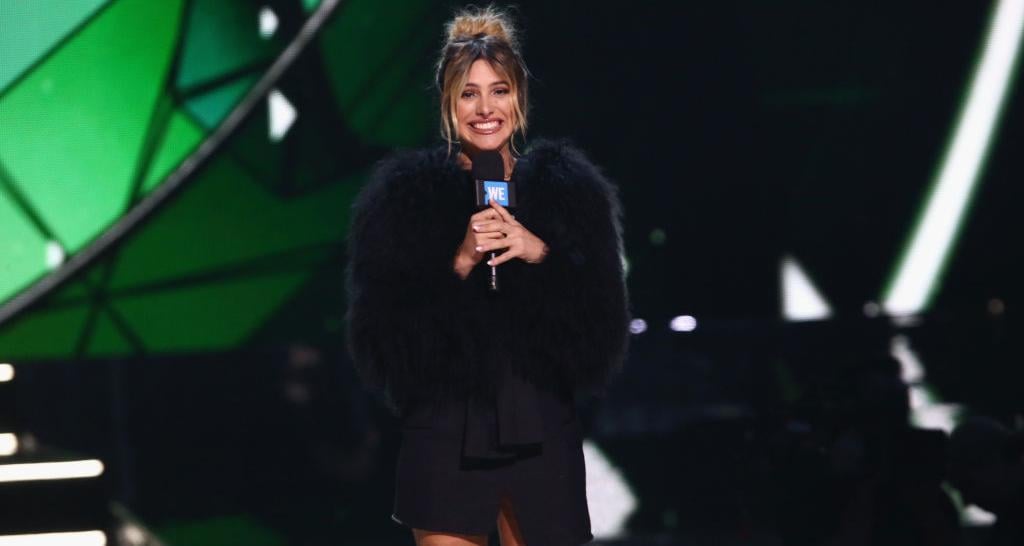 Are Lele Pons and Juanpa Zurita still together? That depends if they were ever dating in the first place. The Instagram stars have fueled dating rumors for a long time and fans still can’t help but ask about them. Is there something more going on that people are missing or are they just oddly close?

Lele Pons is one of the most influential Instagram stars out there and almost every post has a million likes! With fame like hers, it’s no wonder why her loyal followers want to know more about her personal life, especially when Zurita is always around her.

Let’s take a step back for a minute. While the 21-year-old has made a name for herself online, there are still many who have never heard of her. First of all, her name isn’t really Lele Pons, it’s Eleonora Pons Maronese and she was born in Caracas, Venezuela, to Anna Maronese and Luis Pons. Lele immigrated to the U.S. with her family when she was 5 years old and settled in Miami, Florida.

She Was Bullied in School

Given how popular she is now, it’s hard to believe that Lele was once bullied in school. In an interview with Forbes, the former Vine sensation reflected on growing up with a noticeable accent.

“I saw how hard my parents worked and it made me want to work hard too,” said Lele. “Sometimes, I got bullied for my accent or for being different. It hurt when I was younger, but it also taught me a lot. I’m proud of who I am, and where I come from, and I think we should all be nicer to people; even if they’re different than us.”

What are the chances that those same bullies are some of the 23 million followers she has on Instagram today? Pons certainly grew into her own and has impressed enough people to look back and laugh at all the haters!

She Wanted to Be a Singer

Lele Pons may not be a household name yet but she’s managed to hold her own and make her way through Hollywood. At 19, she was on Time magazine’s “30 Most Influential Teens of 2015” list and has perfected the art of quick comedy sketches. We all know her as the Vine user that had over a billion loops, but did you know she actually originally wanted to be a singer? She even did a summer course at Berklee College of Music and had planned to apply there!

It’s hard enough confirming if the pair are an item, let alone rushing an engagement on them. But the idea of them being engaged isn’t unwarranted. After all, whether it was a joke or not, Juanpa Zurita full out proposed to her on stage in front of thousands at the MTV MiAw Awards on June 4th, 2017, in Mexico. Earlier at the event, the two even dazzled the crowd with a passionate kiss!

However, many took to the comments section to speculate that this was just a publicity stunt put on by the two of them due to all the circulating rumors about their supposed relationship. If it was their goal to only confuse people even more, it certainly worked!

Many believed the proposal and it only fuelled the rumors. But Pons has reportedly told the press that the two of them are “just friends”. Still, many continue to ask about their relationship status.

They have plenty in common, including their jobs and love for dancing, but they still have fans guessing. They often post pictures together, where they pose closely, but Pons’ seems to only post vague, yet personal birthday messages to Zurita…did he maybe get friendzoned?

Then there’s the fact she’s often kissing another guy in her videos, but that could be attributed to just acting. (Then again, she’s been rumored to have dated a couple other guys in her videos, like Logan Paul and King Bach, in the past.)

So, either Zurita is an understanding boyfriend or he really is just a friend. The mixed messages have left followers confused but also hopeful that the pair are dating. Although it is nearly impossible to confirm without either of them admitting to a romantic relationship, it is highly likely the two were at least seeing each other romantically in 2017. Many reports say that the two were indeed a couple for at least one point in time and in 2017, reports began to surface that they were “getting back together.” Perhaps, they didn’t work out and remained friends?

At the moment, it’s anyone’s guess but it certainly doesn’t look like the two are engaged. If anything, they could just be besties (who love playing games with the media)!