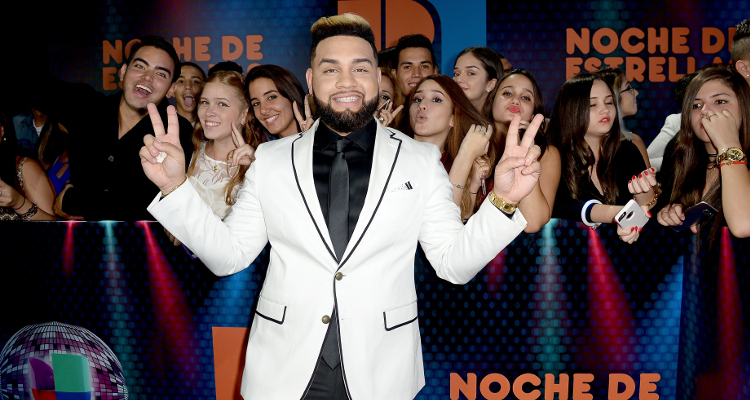 LeJuan James rose to fame by hilariously documenting Hispanic family life and culture on YouTube. He became famous fast, and now he is able to give back to those who made it all possible for him, namely, his parents.

Perhaps many can relate to LeJuan James right now, or hope to do something similar for their parents the way he has. The comedian posted LOL-worthy videos on social media about growing up in a Latino family, and it looks like many could relate. His inspiration comes from his own experiences with his Latino parents. That’s why he owes his fame to them, and makes sure to thank them for raising him the way they did. His Internet fame certainly added to his net worth, which made it possible for him to buy a home for his parents. Talk about giving back! Learn more about this social media phenomenon and his generous gift to his parents in our LeJuan James wiki.

From Inspired to Inspiration

Born Juan Antiles to a Dominican mother and Puerto Rican father, LeJuan James doesn’t use his real name on social media. His stage name is an ode to his favorite basketball star, LeBron James.

He and his siblings weren’t born in the U.S., they migrated to America when he was in elementary school. While adapting to life in a new country, he soon noticed cultural differences. “Several of my friends wanted to do a sleepover and I quickly found out that doesn’t happen in Hispanic homes. Hispanic parents want to know who are they, who are their parents, you wanted to know their social security number, blood type, DNA, etc.,” said James. That realization materialized to his now famous videos.

Also Read: Leslie Jones Net Worth: How Rich is the “SNL” Comedian?

Since 2013, LeJuan James has been posting videos that poke fun at Hispanic parents in America. He started out on the now-defunct Vine app and currently posts on YouTube, Twitter, Instagram, and Facebook. He soon gained millions of fans across all platforms. Now, he’s got over 1.7 million followers on Instagram, and his YouTube videos have views that go beyond the thousands.

His videos are inundated with comments whenever his fans find something they can relate to. From the side-eye Hispanic parents give their kids’ friends, to the concept of privacy being non-existent in the family, there’s nothing he spares in his hilarious ribbing.

How he makes money off his Internet fame is anyone’s guess. However, he signed with WME Entertainment, a high-profile talent agency. So, we presume that the agency —whose roster boasts the likes of Ben Affleck, Christian Bale, Catherine Zeta-Jones, Emma Stone, and more stars— helped James sign some lucrative deals, which could add to his net worth. He has also collaborated with Walt Disney Pictures to promote their movies on his social media. To top it off, he had a fleeting appearance in Pirates of the Caribbean: Dead Men Tell No Tales.

This is truly a humbling moment. To have been embraced and treated so kindly from the Chinese audience was unforgettable! Love you guys ❤️ Excited to finally see the movie. Red carpet premier night in China. ???? #PiratesLife #TeamLeJuan

His Girlfriend is a Beauty Guru

The 27-year-old is dating another YouTube star, Camila of Camilaa Inc. She is famous for doing makeup tutorials and giving style advice on YouTube and Instagram. It appears that she signed some great deals with beauty brands she endorses on her Instagram. But what we really can’t get enough of is her snazzy nail art!

Most recently, Camila and James hung out at the Zoological Wildlife Foundation in Miami. She’s also his date to the various red carpets for the Disney events he attends. They also feature each other in their videos, including one where James gives his Hispanic version of a makeup tutorial.

His Mom is Internet Famous, Too!

When the Antiles family came to the U.S., James’ parents, Ingrid and Juan, did everything to provide for their kids. Before her son signed promotional partnerships with Disney, Ingrid Tejeda was a housekeeper at Disney by day and a cashier at Walgreens by night. His father also worked two jobs, including as a cashier at Burger King.

Now, Ingrid is the owner of a boutique and a modeling academy. She is also the main subject of her son’s videos, which has made her famous. In fact, her Instagram has over 78k followers while her husband has almost 6,000 followers. She also takes her son’s ribbing in good humor. “I am so happy, I say thanks to God every day because when I read the comments in your videos, everything is very positive about everything you’re teaching to the world,” she told her son in an interview once.

James said in his latest video that he never grew up wanting for anything. His parents made sure he and his siblings had everything a normal upbringing entailed, which included Christmas presents and a roof over their heads. Now that he’s doing well for himself and representing his culture, he wanted to repay his parents for all they have done. And he did that by buying them their own home! Not only is he grateful to his parents, but he’s also thankful to his fans who made it possible for him to buy his parents their brand new home. Check out the video of him surprising them, below! (Warning, you’re gonna need a few tissues handy!)