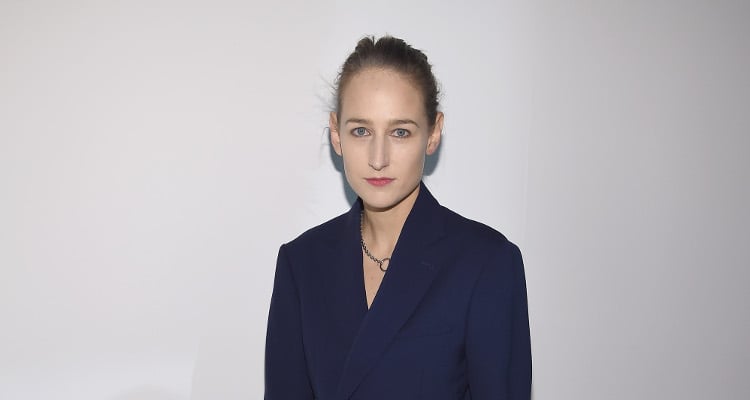 You may remember her for her roles in The Glass House and Deep Impact, but the teen fave seems to have fallen off the map after rising to fame in the ’90s. Leelee Sobieski became famous at a very young age and has been praised for her work. But what is Leelee Sobieski up to these days? Take a look at Leelee Sobieski’s wiki for everything you need to know.

Leelee Sobieski and Helen Hunt have been called doppelgängers, with both actresses being praised for their roles. Leelee is famous for her role in the movie The Glass House and Helen is known for her many performances in films like As Good as it Gets. But what is Leelee Sobieski doing in 2017? After the birth of her son in 2014, Leelee quit acting and is happily now an “outsider.” Keep reading for more information from Leelee Sobieski’s wiki and what she is up to in 2017.

Liliane Rudabet Gloria Elsveta “Leelee” Sobieski was born on June 10, 1983 in New York City and is of Dutch, Swiss and Polish descent. Her mother, Elizabeth Sobieski is a screenwriter, film producer, and Leelee’s manager. Her father, Count Jean Sobieski is a painter as well as an actor. Leelee has a younger brother named Robert. In 2001, she graduated from Trevor Day School and enrolled at Brown University to study literature and fine arts, but did not complete her degree.

Although Leelee’s age is just 33, she has stayed away from the limelight for a long time. As a teen, she was spotted by a casting agent who was at her private school. In the early ’90s, Leelee started auditioning for acting roles.

She was rejected several times before landing a part in the TV film, Reunion, which was released in 1994. Leelee was 11 years old at the time. In 1995, she had a small appearance in A Horse for Danny. That same year, she joined the cast of Charlie Grace. From there, she had minor roles in movies like NewsRadio, Jungle 2 Jungle, and F/X: The Series. In 1998, Leelee got her first major break in the movie industry in the science-fiction movie, Deep Impact.

More important roles in Leelee’s career included Joan of Arc and Uprising, which was released in 1999, and earned her two Golden Globe nominations. Throughout her professional career, Leelee appeared in movies like A Soldier’s Daughter Never Cries, Never Been Kissed, Eyes Wide Shut, Heavens Fall, Branded, and The Last Film Festival.

In 2009, Leelee began dating fashion designer, Adam Kimmel. Although the pair got engaged on May 28, 2009, they did not reveal the good news right away. Details about their engagement were made public nearly a month later, with the couple confirming the news that July. Leelee and Adam’s first child, daughter Louisanna Ray, was born in December 2009 and their son, Martin, was born in August 2014.

During an interview, Leelee explained what happiness means to her saying, “I think that happiness is a very strange thing. And we really feel that we have a right to this happiness. But I feel like it’s constantly fluctuating, and that you can make yourself happy. I think it’s an outlook. Having a positive attitude probably sounds like a corny thing to say, but a positive attitude really helps, and respecting your job really helps, and having the support of your family and friends really helps.”

According to Celebrity Net Worth, Leelee Sobieski’s net worth is estimated to be $3.0 million from her various roles. Though she has taken a break from acting, Leelee said that once her children are older, she might consider taking on another role.