Comedian Bert Kreischer poses with his wife Leann Kreischer after his performance at The Ice House Comedy Club on February 12, 2016 in Pasadena, California. (Photo by Michael Schwartz/WireImage)

Bert Kreischer has developed his longstanding comedy style from his love of partying. His dedication to drinking is featured in his jokes, like those in his Netflix special Hey Big Boy, but so is his personal life. The stand-up legend is married to LeeAnn Kreischer, who has knighted herself the “Wife of the Party.” Because, why not? Our LeeAnn Kreischer wiki turns the spotlight onto Bert Kreischer’s wife.

Born Kelly LeeAnn Kemp on August 20, 1970, she hails from Bowdon in Georgia. She graduated from Bowdon High School, but not much else is known about her early life. She occasionally posts pictures of her dad, Jimmy Kemp, on Instagram.

It’s no secret that Bert Kreischer is a partier. After all, he inspired National Lampoon’s Van Wilder. So, what’s it like being married to a party-loving stand-up comedian?

For one, LeeAnn Kemp Kreischer has the dubious honor of often being the butt of her husband’s jokes. In his previous Netflix comedy special, Bert even describes his and LeeAnn’s bedroom misadventures. (TMI, but hilarious nonetheless.)

But LeeAnn can be entertaining in her own right. She has taken over Bert’s “mancave” in their Los Angeles home to host her weekly podcast, Wife of the Party. She is also credited as an editor of the podcast.

She invites people close to her to talk about marriage, family, kids, and big events dominating the news. One week, she had her children’s piano teacher on the podcast, and her friends before that. Recently, she invited friends who are fighting and winning the battle against cancer.

But her most famous podcast episode is probably one in which she herself is the guest. In the January 2018 episode of her husband’s own Bertcast, they talk about the #MeToo movement and Aziz Ansari’s scandal, as well as Bert’s friend, Ari Shaffir.

If you recall, the two comedians had engaged in a Twitter banter in January when Shaffir playfully threatened Bert. The Twitter police misinterpreted Shaffir and suspended his account (not that he cared).

But Bert came to the defense of his friend during the podcast. Bert told his wife and the podcast listeners that even though Shaffir may be an acquired taste, he’s different from his public persona. Bert described Shaffir as a “stubborn” and “authentic” guy.

LeeAnn also has had more than verbal mentions in her husband’s comedy acts. She has appeared in The Cabin with Bert Kreischer and Well Done with Sebastian Maniscalco, just to name a couple.

According to LeeAnn, she actually met Bert for the first time thrice. The problem is, she has no recollection of the first two times!

The first time they met, she was an almost-30-year-old working as a writer. She and her partner occupied an office that was near a hiking trail. So, when Bert’s roommate stopped by to meet her writing partner, Bert tagged along.

Bert thought she was pretty, but LeeAnn thought he was rude for interrupting them in the middle of their work.

The second time they met, LeeAnn was fresh off a breakup. Unfortunately, she ran into her ex at the Hollywood YMCA when she attended a yoga class there. Bert was in the same class and occupied the spot next to her. But she was too preoccupied to pay any attention to him.

Luckily for Bert, third time’s a charm! LeeAnn was enjoying her early 30s by jumping back into the dating pool. Her writing partner organized a bowling party and invited Bert’s roommate. Naturally, Bert was there, too.

Bert and LeeAnn were together on the single people’s team that won over the couples’ team. LeeAnn took notice of Bert’s outgoing charm and thought he was a “very real guy.”

She gave Bert’s roommate her number to pass on to Bert. The most she was expecting was a couple of dates.
“He’s not the type you marry,” was her initial thought. “Too crazy, too wild, too comedian.”

But after an agonizing five-day wait, LeeAnn called Bert and demanded to know why he didn’t ask her out. What she didn’t know is that the lively comedian had no experience asking a girl out.

So, after some persuasion, he timidly asked her out. Bert was nervous throughout their first date. But it gave him the confidence to ask her out again.

And it appears LeeAnn’s mind changed, too. She ended up marrying Bert Kreischer in December 2003, and the two have been laughing together ever since!

Although it might not exactly go with his ultimate frat guy image, Bert is the gushing father of two girls: Georgia (born 2004) and Ila (born 2006). And not even his sweet little girls are spared from his ribbing! 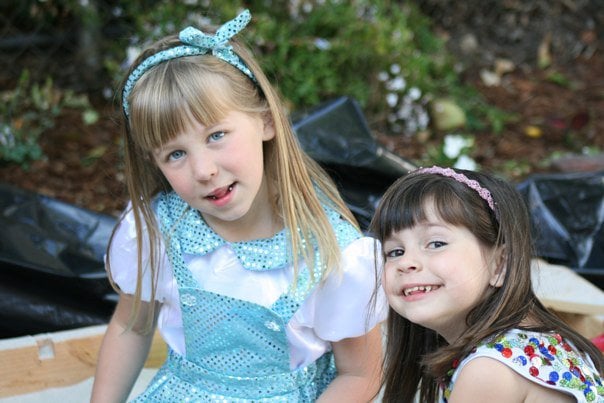 In the Netflix special Secret Time, he illustrates that his daughters have inherited his foolishness. He sometimes includes them in his jokes, like when he explains how one of the girls plays baseball without a ball!

The girls have also been featured on LeeAnn Kreischer’s podcast.

LeeAnn Kreischer’s Philanthropy and Other Works

Between the humor and entertainment, LeeAnn is also conscious about giving back. She celebrates her birthday on August 20, and decided to do something special on the occasion. 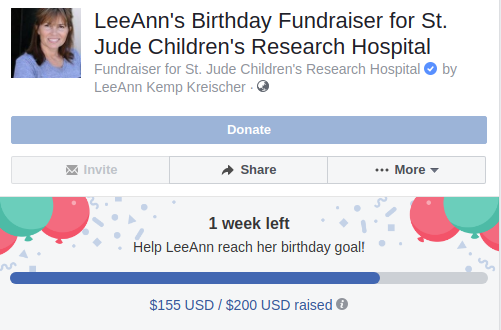 And she’s not limited in her philanthropy. LeeAnn planted a milkweed plant in her house to help increase the population of monarch butterflies that the plant hosts.

LeeAnn Kreischer documented every stage on Instagram, and the platform was never more fascinating.