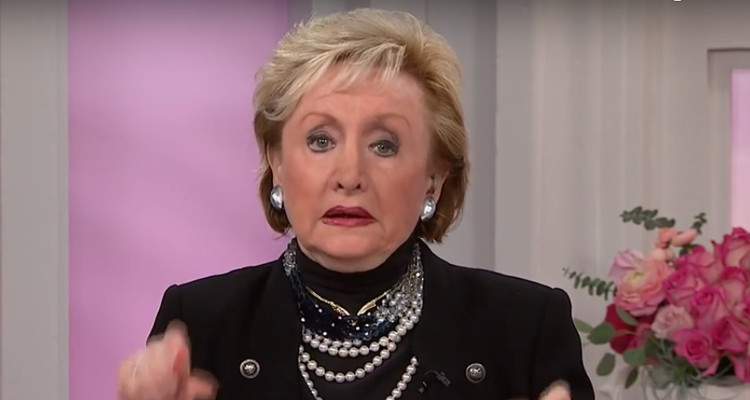 Marilyn Miglin started out as a nightclub dancer, but she always wanted to work with cosmetics. So, she started a fragrance and cosmetics company and reached millions of potential customers through the Home Shopping Network. She was married to real estate magnate Lee Miglin, who was murdered by serial killer Andrew Cunanan. Using her smarts and inner strength, Marilyn Miglin survived a personal tragedy and has become a prominent citizen of Chicago.

Even though it’s been more than two decades since serial killer, Andrew Cunanan murdered prominent real estate developer, Lee Miglin in Chicago, Illinois, on May 4, 1997, public interest in the case refuses to die down. The murder, the events leading up to it, and it’s aftermath were covered in episode 3 of the TV series, The Assassination of Gianni Versace: American Crime Story, on January 31, 2018.

People are keen to know more about the murder, the victim, and Lee Miglin’s wife, Marilyn Miglin. So, keep reading for details from our Marilyn Miglin wiki.

Marilyn Miglin is a well-known authority on beauty. She’s an entrepreneur, author, and a speaker.

Miglin is the founder and a partner of her own cosmetic and fragrance company called Marilyn Miglin L.P. She is among the top 500 female business owners in America today, and she’s also on the board of several companies in the state of Chicago.

The entrepreneur’s most well-known fragrance is Pheromone and is among the top 10 fragrances sold in luxury department stores in America. Each month, some 65 million viewers watch her on TV as she talks about and sells her products through the Home Shopping Network.

A Fascination with Cosmetics

Marilyn Miglin’s fascination with cosmetics began when she was just 11 years old, when she found herself having trouble with her skin. To reduce her awkwardness, she started wearing makeup and became a consummate “counter hopper” as she searched for the right products.

Miglin currently serves on the Chicago mayor’s special committee on tourism and as an officer of the Chicago Convention. She also serves on the State of Illinois Board of Economic Development and on the Board of Directors of the Kennedy Center for the Performing Arts.

She has also been recognized for her work with the facially disfigured and burn survivors.

Miglin also founded and guided the Woman of Destiny program. The program recruited 200 of Chicago’s most successful women to mentor ambitious young women in their chosen professions.

Despite the passing of years, Miglin is still questioned about her husband’s murder at the hands of Andrew Cunanan, who was gay. Even though she has maintained that there was no personal relationship between her husband and Cunanan, the FBI, who investigated the case, believe otherwise.

Marilyn Miglin tried to stay away from the media as they inevitably followed her husband’s brutal murder. She plunged into her work and appeared on the HSN to further her cosmetics business. Although her husband’s murder was traumatic for her, Miglin tried to get some normalcy back in her life.

The cosmetics queen spoke to the Chicago Tribune a year after her husband’s murder and discussed the difficulty she had appearing on the HSN.

Milgin said, “I just agonized over it, but I was determined to not let adversity affect my life, so I got on that plane feeling more alone than I ever felt in my entire life.”

Rising Above Her Grief

Miglin had started out as a dancer at the famous Chez Paree nightclub in Chicago before she married Lee Miglin. But with her talent and ambition, she set up her own business and became financially independent.

Lee and Marilyn Miglin later became a power couple in Chicago. They were together until that fateful day in May 1997, when Andrew Cunanan killed Lee Miglin.

Marilyn Miglin fought her way out of her grief and is now a prominent citizen of Chicago. She’s a true inspiration today.