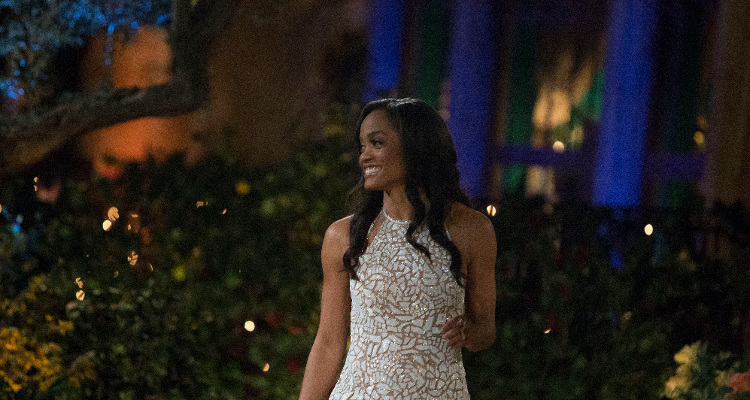 The Bachelorette 2017 is set to premiere soon, and we’re learning more about the guys courting Rachel Lindsay. The competition is definitely stiff, but how does Lee Garrett, The Bachelorette contestant fair in the race for Rachel’s heart?

Only a little wait left before The Bachelorette Season 13 premieres and Bachelor Nation favorite, Rachel Lindsay is being courted by some very handsome men. One of the suitors is Lee Garrett. Has he made an impression on Rachel yet? We’ll have to wait for the season premiere to find out! Meanwhile, here’s everything to know about him in our Lee Garrett wiki.

Lee Garrett currently lives in Nashville, Tennessee, but is originally from Florida. He was born and raised in Jacksonville, right on the Georgia/Florida line. He spent his summers and winters in West Tennessee when he was young.

Most of his early life and details about his family and parents are not known yet. We do know his father was a barrel racer and drummer, though! Lee studied psychology at the University of Florida. But after three years there, the money ran out, and he left. He moved to West Tennessee and has lived there ever since.

The 29-year-old’s passion lies in music, and he’s mainly a country singer-songwriter. During his trips to West Tennessee, he picked up his first guitar and found his passion, thanks to his parents. His favorite artist growing up was George Strait, and musicians like John Anderson, Merle Haggard, Clint Black, Tracy Lawrence influenced his music.

After leaving college, he took up songwriting. He performed at his friends’ parties and in the church band to hone his craft. While playing as many gigs as he could in Tennessee, he won first place in his first singing contest put on by the local Memphis country radio station, Kix 106, at a bar. Another contest won him front row tickets to his idol George Strait’s concert, which gave him drive to make a career out of music.

Throughout the following year and a half, Lee played at local bars and festivals such as the Delta Fair, Oktoberfest, and local parties while writing to prepare for his first songwriter’s demo album. He relied on friends and family to give feedback to his music and improve his songs. Eventually, his demo turned into a full studio EP when Lee was introduced to a producer in Nashville. Four of his original compositions were brought to life in a studio with top-tier musicians.

The Bachelor franchise is known for some pretty out there professions (if you can call “free spirit” a legitimate career). However, we’re seeing the outrageous jobs have been toned down in the recent seasons. The Bachelorette Season 13 guys seem to have real careers. Lee doesn’t have any otherworldly job either —but he does have a long list of jobs!

According to his LinkedIn, Lee Garrett is a Professional Actor/ Singer Songwriter/ Bartender/ Small Biz Owner. We haven’t found any acting credits to his name nor do we know what small business he owns, but at least we know his music career is on the right track! Perhaps, he’s written a song or two for Rachel!

Appearing on reality TV is sure to give his music career a boost and add to his net worth. Unlike the other contestants, his Instagram is not private! So, we get to see his posts about his first trip to LA, specifically Hollywood. We’ll get to know more about him once the season premieres.

The Bachelorette Season 13 premiere will air on May 22, on ABC.