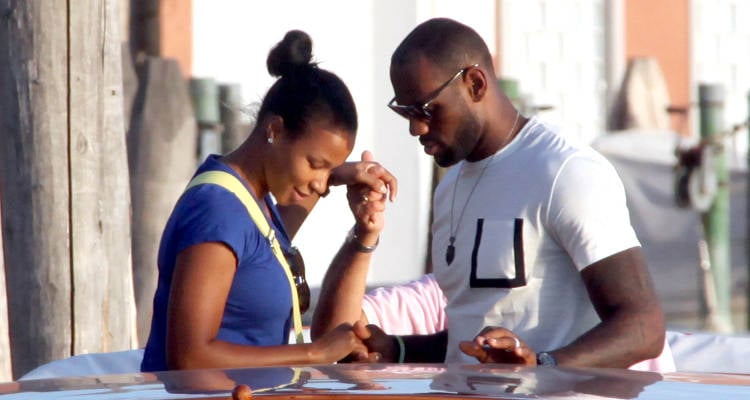 Born LeBron Raymone James, he is an American professional basketball player, who plays for the Cleveland Cavaliers in the NBA. He was born on December 30, 1984, in Akron, Ohio. At the time of his birth, his mother, Gloria Marie James was 16-year-old, and she raised him on her own. He had a slightly difficult childhood as they used to change a lot of apartments to make ends meet. Soon, his mother realized that he needed stability in his life, so she let James move in with the family of Frank Walker. Walker was a local youth basketball coach, and it was thanks to him that James started playing the sport at a very young age.

His love for this sport is evident since he has been performing really well. After his team’s win over the Golden State Warriors, we are sure there must be championship celebration all over the James house. After looking at his performance, Nike has even offered him an endorsement worth over one billion dollars, which would definitely shoot up the LeBron James net worth for 2016.

LeBron James is very close to his family and especially to his kids. Below are five fast facts and LeBron James photos you should know and see about this NBA star player.

His wife is Savannah Brinson, and the duo are actually high school sweethearts. They both went to the same school St. Vincent- St. Mary High school in Akron, Ohio. Their love story is very sweet and he proposed to her when she was only 16-year-old. They got married in 2013 in a three-day wedding ceremony. Unlike her husband Brinson is only five foot seven inches tall. On the other hand, her husband is six foot eight inches tall. She sure needs a lot of high heels to not look short in front of him!

LeBron James has a daughter too, who is named Zhuri James. She was born on October 22, 2014, and is the apple of her entire family’s eye.

Anthony McClelland is James’s father. However, he was absent for James’s childhood. James grew up without his father, who was also convicted of arson and theft. His father tried to contact James, but James was not really interested in talking to him.