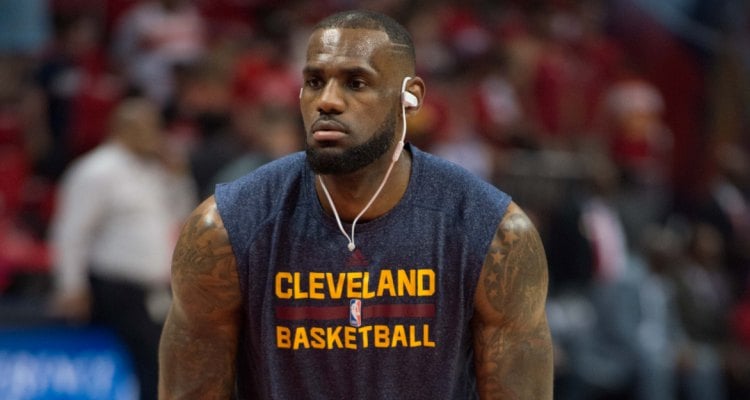 After the Cleveland Cavaliers’ historic win during the NBA Playoff Finals, Cleveland gave a city-wide parade. The amount of fans that came to show their support rivaled that of any award show in Hollywood. Since the parade ended, many have been searching for terms such as “LeBron James parade speech” and “LeBron James speech.” The “LeBron James parade” also known as the “Cavs’ parade” no doubt increased the amount of publicity needed to boost Cleveland’s image and increase the morale of its fans. After the NBA title win, fans shouldn’t be surprised if the LeBron James net worth increases as well. Fans aren’t the only ones who are proud of the favored Ohio native: LeBron James’ wife, Savannah Brinson, also couldn’t be prouder of the man she’s known almost her whole life. So, of course, she and the kids were there, too. In honor of the NBA Finals MVP, here are four facts about the victory parade.

LeBron James may be many things, but a liar clearly isn’t one of them. A while back, James promised to bring a championship title to Cleveland, and after weeks of grueling battles on the court, he finally delivered. Cleveland fans may have felt differently about James after his trade to Miami, but the prodigal son returned and was welcomed in a manner that was—wait for it—fit for a king. The 52-year-drought is finally over now that Cleveland has an NBA title.

After meeting and greeting fans from his celebratory car, James got on stage and gave 15-minute speech. But the speech wasn’t all about him or even the most famous players on the team. James mentioned all of his team mates and gave credit, where credit was due. It was a team effort and James acknowledged that, even though he is the face of the Cleveland Cavaliers, he never acts alone—in victory or defeat. Many can still recall James crying on his fellow teammates while receiving a warm embrace as the Cavaliers won the Larry O’Brien trophy.

James gave a heartwarming and hilarious speech, but it was also filled with colorful language. James was more candid and verbally liberated in a way that fans have never seen him. That’s the great part about being the star of your own parade: You get to say how you really feel. James threw some shade at the New York Knicks and at Warriors player, Stephen Curry (though he wasn’t mentioned by name), but it’s not that surprising that James let loose a bit. It’s a party after all, and the party was in honor of him and his team, so why not make a few jokes? It’s not like James was at an interview where he had to be polite; he was in front of thousands of fans who have his back and he’s not afraid to enjoy the fruits of his labor.

If you were a fan in Cleveland who got worried and upset about not being able to celebrate at the parade, then you were probably relieved to know that schools and courts were closed in honor of the parade. That’s right: A judge ruled that due to the significance of the parade, it was only right that everyone be able to join in. In other words, they basically shut down the city. Thousands rallied in downtown Cleveland with fans hanging from the sides of parking garages just to get a good look at the Cavs.

One thing is for sure—Cleveland knows how to throw a party!