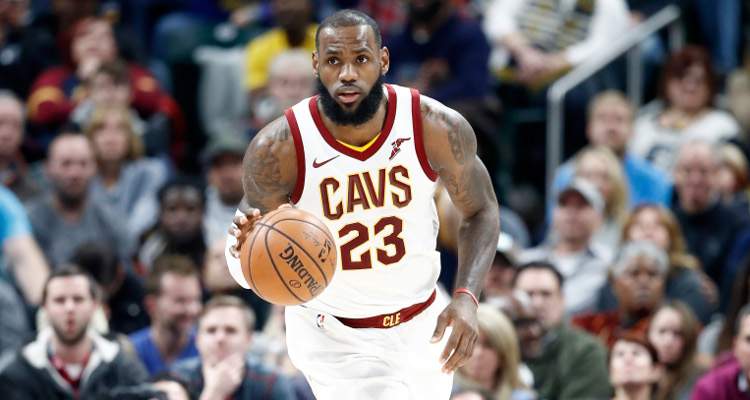 LeBron James’snet worth of $210 millionshould come as no surprise to any basketball fan that has seen the man play; after all, he led the Miami Heat to back-to-back NBA Championships in 2012 and 2013.

Currently on the Cleveland Cavaliers once more (as their all-time leading scorer), James’ accomplishments have made him one of the world’s most influential athletes…and one of the most profitable.

Born on December 30, 1984 in Akron, Ohio, LeBron James was raised solely by his mother, who was 16 at the time of his birth. His mom had a hard time finding work, so they were forced to move often, usually having no choice but to live in the unsafe neighborhoods. For the sake of young LeBron’s safety, his mother gave permission for James to live with a man named Frank Walker and his family. It would be Walker who would teach nine-year-old James about the game of basketball.

James would go on to play in the Amateur Athletic Union alongside three of his friends, calling themselves the “Fab Four.” Performing exceptionally, the four made local news when they chose to attend a predominately white, private Catholic school; the controversy was silenced when, in their freshman year, their team went undefeated.

Over the course of his high school career, James would go on to be the first junior to win the Gatorade National Player of the Year Award in boys’ basketball. He won the award again the next year and was repeatedly hyped up as an amazing player who was destined for greatness. James would even go so far as to attempt to join the 2002 NBA Draft, but was unable to convince the NBA to change the rules to make him eligible (players must have completed high school).

Following graduation, LeBron James was chosen as the Cleveland Cavaliers’ first-round draft pick, earning 25 points in his first NBA game, which was another record. He ended the season as NBA Rookie of the Year. The following year was his first of 12 NBA All-Star Game appearances, and he was awarded game MVP for two of them (2006 and 2008). In 2006, he was also signed to a three-year deal with the Cavaliers, making it a $60 million contract extension.

On July 1, 2010, James became a free agent. Given his skill and net worth, many teams made an attempt to sign him. His decision to join the Miami Heat was such a big deal that ESPN made a TV special out of the announcement, calling it The Decision, which managed to raise $6 million for charity. However, he received much criticism for his choice, both because of his opting to draw his decision out to make a spectacle of it and because he left Cleveland to better his championship chances, showing a supposed lack of loyalty.

However, his choice to sign with the Heat ultimately got him what he wanted: the team winning the NBA championship in 2012 and 2013 and even setting multiple records during the 2012-2013 season. But then, following the 2013-2014 season, LeBron James became a free agent again. Perhaps out of guilt or a sense of satisfaction, he announced via an essay in an issue of Sports Illustrated that he would rejoin Cleveland, signing a two-year, $42.1 million deal. He would later opt out of this contract in mid-2015, but re-sign on another two-year contract that came with a second-year player option.

As is to be expected, LeBron James is part of a number of endorsement deals, including with McDonald’s, Coca-Cola, Samsung, and State Farm. Upon leaving high school, Reebok, Nike and Adidas all fought to sign him. Nike eventually won with a $90 million offer, and James’s line of shoes has consistently sold well for the company. Due to the money from endorsements and the NBA, James is recognized as one of the world’s highest-paid athletes. Outside of salaries, LeBron James had a small stake in Dr. Dre’s Beats Electronics and made $30 million when it was bought over by Apple in 2014.

While his behavior may be commonly questioned, there is no doubting his skill. In fact, don’t be surprised if LeBron James’ current net worth of $210 million seems paltry by the time he retires. And even if he stops playing basketball, he’ll likely still be in the public spotlight.

Summary of LeBron James Net Worth