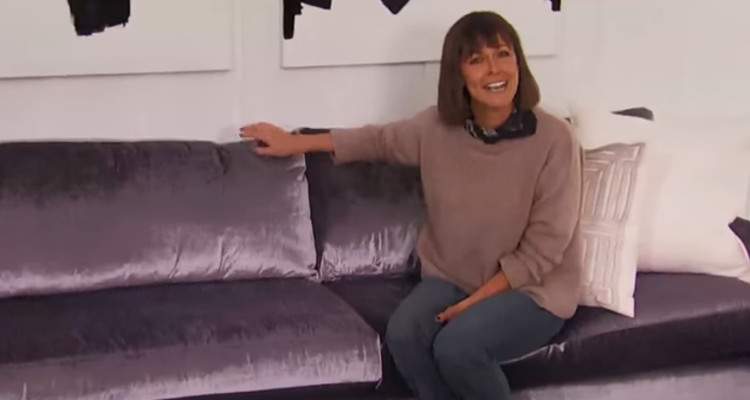 Leanne Ford’s Restored by the Fords is an attempt to revamp old buildings and their interior to give them a more contemporary and modern, well lived-in look. The show is a hit with audiences as it is quite informative for budding designers to see how transformations are done. Learn more about Leanne Ford, the person behind the concept.

It was the refurbishment of her first home, an old school, that piqued people’s interest in her work. Meet the sister of the Ford brother-sister duo, the architects with a passion for designing old spaces and making them so loved. In our Leanne Ford wiki, we get to know her and a few unknown facts about her.

The Journey—Incredible, to Say the Least

Leanne Ford is a content person with an innate appetite to transform rusty old barns and historically rich but abandoned places into something lively and inhabitable. Who would have thought that a historic schoolhouse, untouched for decades, could turn out to be her abode?

At first, when the designer interviewed contractors and carpenters to present her vision and carry it out, she was met with a stoic “no.” Then she turned to her brother for help, and this began the journey of a partnership that’s rock solid even today.

One of the funniest parts of this incredible journey is that the duo did not have money to pay people, so they came up with a quirky way of payment: “beer and tequila.” Yes, that was the currency they chose, and we guess no one’s complaining.

Married and Divorced and Married Again!

Leanne Ford’s first husband was Brad Schaffer. She was 29 and he was a year younger than her when they wed on July 3, 2010. The couple resided in Sewickley, PA. The wedding was a cozy affair in Granville, Ohio. The reception took place shortly thereafter. Leanne and Brad grew up in Upper St. Clair and Butler, respectively.

The pair, however, got divorced. The reasons for the dissolution of the marriage are unknown, but she referred to him as her “then” husband in a 2016 interview with GQ magazine while discussing how she entered the interior designing industry and the way she did her house-cum-project.

On November 12, 2017, Leanne married her second husband and the love of her life, Erik Allen Ford. That’s right, he took her last name! Erik is the co-founder of Buck Mason, an American clothing line that produces chic yet simple high-quality, everyday clothing for men.

Although the couple was already engaged and had been dating for about two years at the time, the wedding ceremony itself was a total surprise to their friends and family.

An Intimate Exchange of Vows

At the time, the couple was staying in a hotel in New York City. In a spur of the moment decision, they contacted their family members the Wednesday before the wedding and asked them to be in New York for the weekend.

Unbeknownst to their loved ones, the couple spent the next four days planning their intimate and lovely wedding.

Judging by the Instagram photos, the wedding was a dream come true for Leanne and Erik.

I've been in total heaven since the day I (finally) kissed this man. And on Sunday evening in #NewYorkCity, Erik and I stood in front of our immediate families only and said our vows. To love each other through it, despite of it, because of it. And to protect the light. Two years to decide it, four days to plan it and a lifetime to enjoy it. I guess you'd call this an #elopement?!

Busted! … When you trick your fashion photographer friends into shooting your tiny little #wedding…

She posted this adorable collection of pictures on their one-year anniversary, with the caption: “One year ago today. We decided to #elope while we were in #NewYorkCity. And we convinced our family to meet us there for it! Decided on Wednesday, married on Sunday. Best decision I ever made.”

One year ago today. We decided to #elope while we were in #NewYorkCity. And we convinced our family to meet us there for it! Decided on Wednesday, married on Sunday. Best decision I’ve ever made. Every once in a while, if you are lucky enough, you meet someone on this planet that you feel like you’ve known for 1000 years. Those people make the best friends and this one makes the best husband. In the words of my sweetheart, Erik Allen Ford, “#FOREVER. AND THEN SOME…” // Captured by my dear friends @lowfield_official

The Fords Welcome Baby No. 1

Last October, the couple was happy to announce they were pregnant with their first child. Never ones to disappoint their adoring fans, they kept all of us updated on the progress of the pregnancy via Instagram.

Here’s an adorable ultrasound image from November 2018, captioned: “We went in for Baby Ford’s check-up last week! When we asked her how she was doing in there she actually gave us a #THUMBSUP. No joke. My kind of #girl! ❤️”.

We went in for Baby Ford’s big check up last week! When we asked her how she was doing in there she actually gave us a #THUMBSUP. 👍🏼 No joke. My kind of #girl! ❤️

Of course, the couple was also in the midst of preparing the baby’s nursery during the pregnancy. And of course, people were excited to see the final result and even get some ideas for their own nurseries.

But first, check out these adorable pictures of little baby Ever!

You won’t remember this, little girl. But I will. ❤️

And finally, here’s a picture of the cute little family of three standing in Ever’s stunning baby nursery designed and created by none other than her mother Leanne and her uncle Steve!

Our daughter, Baby Ever’s coming out party! On newsstands now in @people magazine!! Thank you @kenzschmidt for a sweet article and thank you @tessaneustadt for such pretty pictures. One for the books! Man oh man! More #nursery pics online.

Restored by the Fords Returns for Season 2

Leanne Ford and Steve Ford are the famous brother-sister duo who love to work as a team. They have often collaborated to come up with great interiors and quirky twists for every remodeling project they come across. The powerhouse team works on projects and are currently featured on the hit HGTV home renovation show, Restored by the Fords.

“We feel comfortable pushing each other to new limits to get the most out of each design,” Leanne said about working with her brother.

Referred to as the “design whisperer,” Leanne uses her keen sense of style to plan out the restorations of older buildings throughout Pittsburgh, while her brother Steve acts as the resident handyman.

Steve is a licensed contractor, but he is also the founder of the city’s first river surfing company, aptly named “Surf Pittsburgh.” This unconventional architect can often be seen surfing and even snowboarding. He is credited by his sister with bringing to life her unique custom designs.

With its woven metal textures and rustic-chic design, this collection of high-quality and timeless lighting fixtures was inspired by the modernist design movement of the early 1960s that was making its way into homes across the country.

In 1962, Target opened its first location in Minnesota, hence the name of the collection. Full of unique lighting styles ranging from desk lamps and side table fixtures to hanging pendants, this collection certainly has something for all of your lighting needs.

Leanne Ford has two Instagram accounts. One is called leannefordcreative, where she showcases her unique designing talents and also shares heartfelt insights and personal news with her fans.

The other account is called leannefordinteriors. This is where she describes herself as “A very lucky lady with work in Domino, Arch Digest, Living Etc, Lonny, Country Living, HGTV, and more … and come see my real life.” The account is a testament to her incredible work and design ideas.

Showcasing Leanne’s signature white-on-white aesthetic, her account is proof of how interior design can be simple and elegant yet affordable all at once. It does not have to be expensive and chic, but it should definitely be an extension of the person residing in it.