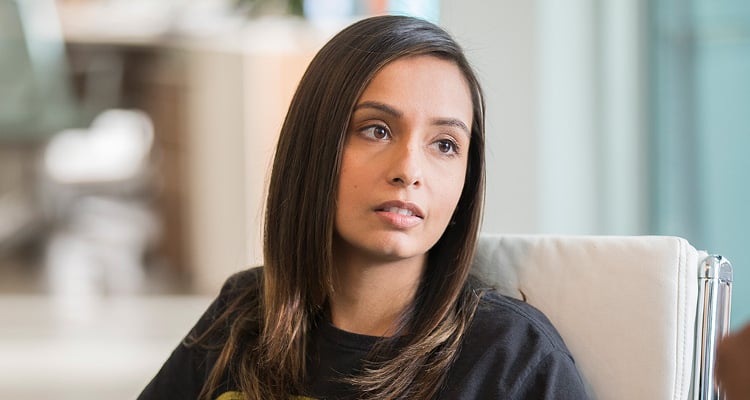 Jasmine Kaur made a mark with her performance as Aparna in season 2 of the acclaimed HBO series, Insecure. She speaks several languages and is very comfortable working in a multi-cultural environment.

The HBO original comedy-drama, Insecure is doing a great job at casting people of color to come forward and showcase their talent. One of the new characters on the show, Aparna, is played by Jasmine Kaur. She is Lawrence’s new girlfriend on Insecure and brought even more diversity to the show that is already winning accolades for its subject matter, cast, and handling of adult themes. Ever since Jasmine Kaur appeared on Insecure, she garnered a lot of interest and people want to know more about her. Here are some details from Jasmine Kaur’s wiki.

Though Jasmine Kaur’s age is not known, Jasmine Kaur’s ethnicity is South Asian. However, she was raised in Atlanta, Georgia, and considers herself Indian-American. Even though she is young, Kaur is quite an accomplished woman. She is an actor, producer, writer, and director who follows her own vision. Her work is original and thought-provoking, and she wants to break down barriers with it.

Kaur has the unique ability to adapt to other cultures very easily, and she attributes this ability to her diverse upbringing. She can speak several different languages, and has a background in psychology and theater. Not many people may know this, but Kaur appeared as Betsy in one episode of The Walking Dead. However, she received wider exposure thanks to her role in the second season of Insecure, which is based on Issa Rae’s widely appreciated web series, Awkward Black Woman. The show received both commercial success and critical acclaim. After the warm reception season 2 had, Insecure was renewed for a third season. Kaur’s role is loved by fans, who hope that she will return next season.

To Love or Not to Love

In the show, Aparna is having an affair with Lawrence (Jay Ellis). They are co-workers who Lawrence, despite their obvious chemistry, insists just “hang out.” He is trying to tell Aparna that he doesn’t want to rush into anything too fast, but is still very attracted to her. Meanwhile, Aparna is a bit confused and upset over Lawrence’s unpredictable behavior.

Also Read: “Insecure” Season 3 Release Date: When Does “Insecure” Come Back On?

Ambassador of a New Generation

Jasmine Kaur is proud of being cast in a show that embraces different ethnicities. She is a brave and passionate actress who is bent on destroying stereotypes. Kaur is a world citizen, and her attitude reflects that. Watch out for her in the future!