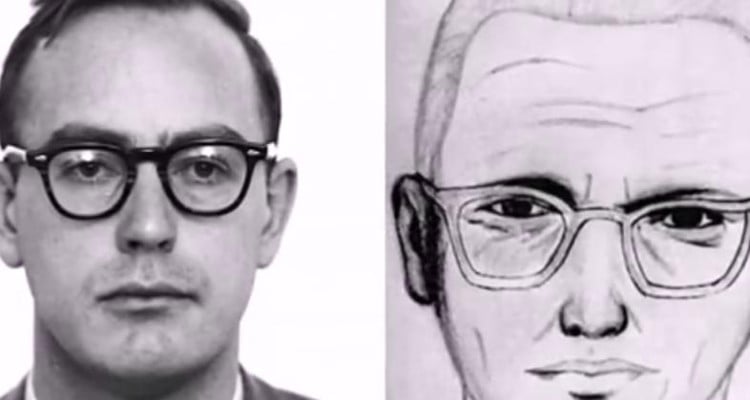 The Zodiac Killer might have finally been unmasked. After 50 years, experts believe they may have narrowed down the search to one man, potentially delivering justice to over 20 victims. So, who is the Zodiac Killer? Keep reading for all the details.

Who Was the Zodiac Killer?

In the late ’60s, a series of murders haunted the nation. Through letters penned to police and cryptograms were sent for them to decipher, it was revealed in a misspelled code that there was a serial killer on the loose, who believed his victims would be “slaves” in his afterlife:

“I like killing people because it is so much fun it is more fun than killing wild game in the forrest because man is the most dangeroue anamal of all to kill something gives me the most thrilling experence it is even better than getting your rocks off with a girl the best part of it is thae when I die I will be reborn in paradice and thei have killed will become my slaves I will not give you my name because you will try to sloi down or atop my collectiog of slaves for my afterlife ebeorietemethhpiti.”

The man was never identified, and therefore never caught. But there is a reason as to how he became known as the Zodiac Killer.

According to sources, he purchased a high-end Zodiac Seawolf watch. It is believed that he was a Navy man, and the model name is what caught his eye. The Zodiac brand’s logo is almost identical to the symbol used by the serial killer in the letters, and the name became associated with his crimes.

A post shared by Vintage Watch Collective (@vintagewatchcollective) on Nov 6, 2017 at 11:42am PST

Did They Catch the Zodiac Killer?

Who is Lawrence Kane? Was he on the Zodiac Killer’s suspect list? When the murders in San Francisco, Benicia, Lake Berryessa, and Vallejo took place, investigating officials made a potential suspects list, and Lawrence Kane was on it.

Kane wore dark, thick-rimmed glasses that were similar to the ones the Zodiac Killer was described as wearing. According to a website that follows the case, victim Darlene Ferrin’s sister recognized him as the man who was stalking her sister before her death. Another possible victim allegedly stated that Kane was her abductor.

Kane was 45 years old when the murders occurred, and the 5’9” tall man was arrested in 1968, four years after he was diagnosed with brain damage that made him lose “his ability to control self-gratification.”

Four months after he was arrested in Redwood City, California, the San Francisco murders occurred.

On this day in history – July 4, 1969 – Darlene Ferrin is shot and killed by the Zodiac Killer. #zodiac #zodiackiller #onthisdayinhistory #4thofjuly #darleneferrin

The question now is: Was Lawrence Kane the killer? Some experts believe that a man named Ross Sullivan, who was also a suspect at the time, was behind the killings. When Cheri Jo Bates was stabbed to death, the sketch shared a resemblance to Sullivan.

Sullivan was arrested in 1968 in Santa Barbra for “bizarre behavior,” but there wasn’t enough evidence. The forensics department did not have the technologies they do today, and the witness descriptions were of no help.

With the latest tech advances, experts believe they can identify the killer in this cold case. Army boot footprints were found at the crime scene, and Bates’ body was found near the university where Sullivan worked at the library.

At this time, it is not confirmed if Sullivan is actually the Zodiac Killer, and his whereabouts are currently unknown.