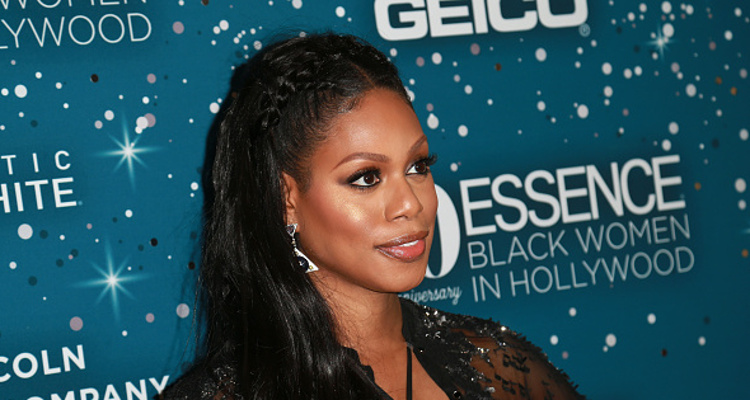 No matter how many activists share their pain and speak out about the discrimination against the LGBTQ community, there will always be someone who mocks and makes light of these issues. One story that has taken the Internet by storm involves a stand up comedian named Lil Duval, who “joked” about killing his partner if he learned that they were transgender! Laverne Cox tweeted about the comedian’s comments, expressing her grief about Duval’s words, and the people who agree with them. Who is Laverne Cox, you ask? Well, you’re in the right place! Read on to know all about her in our Laverne Cox wiki.

Laverne Cox was a guest judge on the most recent recent episode of America’s Got Talent and she pressed the golden buzzer! It was amusing to see how amazed the actress was, as she witnessed all the incredible talent on stage. A very brassy skate-dance performance stunned her, as she had not seen them during the auditions. The Orange Is the New Black actress is in the news for slamming comedian Lil Duval for his joke about transgender women. Cox said she “got teary thinking about all my sisters experiencing violence, beaten, raped, murdered and some.” Get to know all about the actress right here in our Laverne Cox wiki.

Who is Laverne Cox?

Laverne Cox was born on May 29, 1972 in Alabama. Because she is an outspoken transgender activist, people wonder if Cox is male or female. Before she became Laverne Cox, she was born as Roderick Laverne Cox, one of two identical male twins. Her twin brother’s name is M Lamar and he was actually the one who played the role of a pre-transitioning Sophia Burset in Orange Is the New Black. She went to Alabama School of Fine Arts, a state-wide boarding and day school in Birmingham. She was originally into creative writing, but later recognized her passion for dance, resulting in her switching programs.

During many interviews, Cox expressed what she had to face as a child, already confused about her gender identity. She stated that she never received the support from either her teachers or her friends. Instead, one teacher told her mother that Cox would “end up in New Orleans wearing a dress if you don’t get him into therapy right away.” Since then, Cox has dedicated her life to educating people of the difficulties and injustices faced by the trans community.

Laverne Cox appeared in OUT magazine’s top 100 influential LGBT people in 2013. She also graced the cover of Time magazine in 2014 for their cover piece titled “The Transgender Tipping Point.” She was the first transgender person to appear on the magazine’s cover.

She inspired many of her peers to see the injustices, and encouraged them not to hide behind a false identity. Cox even gave speeches at various institutions about the community, including New Orleans’ Tulane University, where she wore a dress. You go girl!

Here’s a snippet of Cox on stage:

Excerpt of some of my remarks from #LaverneCoxDay. #philandocastile #PoliceViolence #RightToKnowAct #LGBTQ #Intersectionality #poc #TransIsBeautiful

What Did Laverne Cox Say to Lil Duval?

In recent news, Laverne Cox took to Twitter to clap back at Lil Duval for his not-so-clever joke about transgender people. Duval was performing at the “The Breakfast Club,” when he said that he would kill someone he was with if they did not disclose that they were transgender saying. “This might sound messed up and I don’t care: she’s dying,” he said. Duval believes that he would be manipulated, and possibly gay, because the person “wasn’t a girl, it was a boy!” Check out Cox’s replies to the Duval’s offensive comments.

After taking several deep breaths I just got teary thinking about all my sisters experiencing violence, beaten, raped, murdered and some https://t.co/QyNXp11ysL

After taking several deep breaths I just got teary thinking about all my sisters experiencing violence, beaten, raped, murdered and some https://t.co/QyNXp11ysL

It is speculated the actress is in a relationship with theater and film director, Jono Freedrix. She was seen spending some quality time with the stylish man, and the two were even spotted at many events together. According to US Weekly, the actress and Freedrix were seen at the Screen Actors Guild Awards in L.A. looking pretty chummy with each other. They were spotted dancing and kissing at the Netflix after party, as well. Freedrix is a former high school teacher, who is now a writer, director, and producer in Hollywood.

Meet #LaverneCox new bae ????❤️ #JonoFreedrix they both were spotted kissing at the #SagaAwards. He just so happens to be the president of The Virtual Stage film and theater company based in Vancouver. Okay girl ???????? ???????? Go get yours

Laverne Cox has been a face of the transgender community for a while now. Her breakout role on Orange Is the New Black has earned her and the show multiple awards. Along with being an activist, Cox takes time out to give lectures about the trans community. With all these endeavors, Laverne Cox’s net worth is estimated to be $2.0 million. She also had various works on TV, including producing the VH1 show TRANSform Me, and of course her role as Sophia Burset in Orange Is the New Black. The actress is only looking ahead and we have no doubts that she will see even more successes in her future career.